Judo in the frontline against xenophobia

09. Sep 2019
Share
In last few weeks there has been an outburst of xenophobic attacks all around South Africa with the major town witnessing incidents that ranged from looting to murders of foreign nationals. 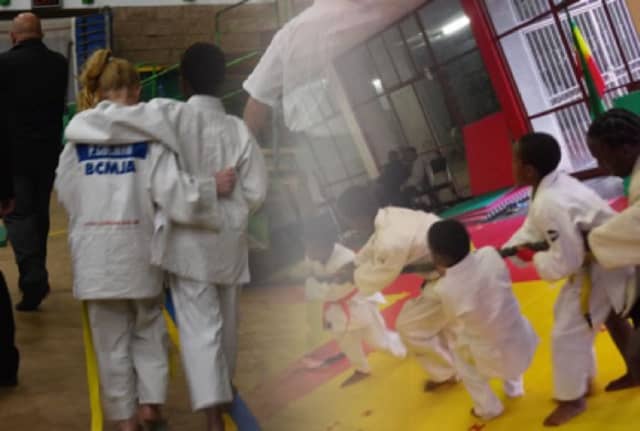 Foreigners are often associated with criminals and are blamed of stealing jobs from local citizens; in a country characterized by economic decline and existing social tension, the xenophobic agenda has harvested the first victims.

The situation in South Africa is not simple due to the fact that economic problems are intertwined to social tensions – and recent weeks have witnessed an escalation of violence in the major city of the country.

Johannesburg is probably the metropolis in the African continent with people from the most diverse origin living side by side. A city born on the gold mines discovered in late 1800 is now the financial capital of the African austral hemisphere and the destination of refugees and migrants in search for a better life.

1st to 4th of September was Johannesburg’s bleakest days with looting and attacks ravaging the central areas of the city.

Judo for the World dojo is located in the heart of Johannesburg, in the vintage neighbourhood of Hillbrow where most of the violence took place.

In this dojo people from the most varied background have taken up judo as a way of life.

The dojo is a safe place for all the people who believe that living together is possible. The dojo has been opened thanks to the synergies between IJF, UNHCR, Judo South Africa and the local Outreach Foundation that has availed a sport hall in the beating heart of Johannesburg.

People from all nationalities take part in the trainings and by listening to all language spoken on the tatami it would feel to be on the Babel tower…if only the judo language would not unify all the judoka training together. 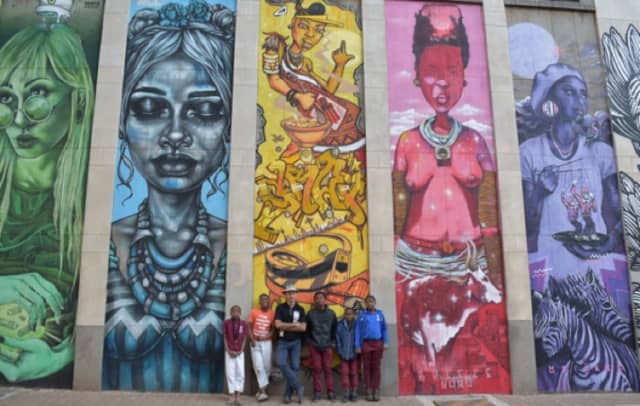 Although today safety concerns advised for the suspension of the trainings, the dojo will still be there to represent a better tomorrow.

Judoka will not lose hope and will carry on with the promotion of the judo values in their every day’s life.

The application of Jita Kyoei – self-improvement for the mutual benefit – will be their strongest belief as they will be ready to work hand in hand to stand up against Xenophobia.

Tomorrow is a bright future. Johannesburg remains a beautiful city and here is the team posing on one of the most acclaimed graffiti adorning the city central.