Judo is Getting Ready for the Big Show

Written by Nicolas Messner on 21. Aug 2019
Share
It has been weeks, if not months, that the international judo family has been looking forward to the World Judo Championships Tokyo 2019 Presented by PARK24 GROUP. They are now at the door, only a few days away. But while Nippon Budokan is dressing up for the big show, the International Judo Federation's Executive Committee (EC) met this morning to discuss the next developments in world judo and endorse important decisions. 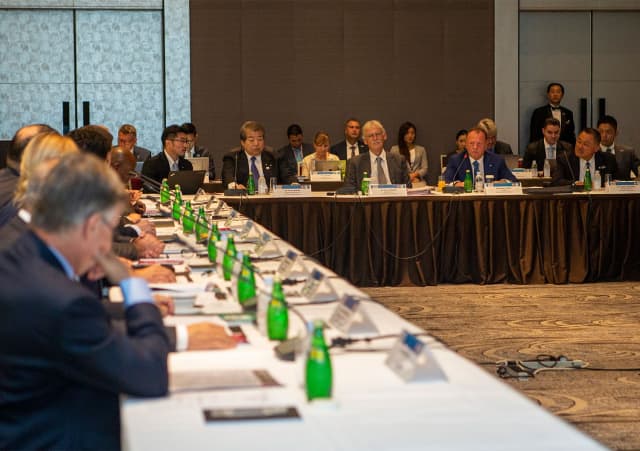 The EC members were welcomed by IJF President Marius Vizer who immediately congratulated Yamashita Yasuhiro, President of the All Japan Judo Federation (AJJF), who was recently elected to the highly coveted position of the Japanese National Olympic Committee President, while we are in the pre-Olympic year.

After the minutes of the previous meeting were validated under the control of IJF General Secretary, Jean-Luc Rougé, and after the IJF's willingness to be a model of good governance in line with international rules was emphasized, it will be noted that among the decisions that were taken, the city of Budapest in Hungary was awarded the 2022 World Championships. Already the organizer of the event in 2017: "Budapest has many assets and has the expertise to produce a major event," said President Vizer.

In his opening remarks, President Vizer focused on participation at the upcoming World Championships: "To date we have 860 athletes from 149 registered countries. Allowed these 70 countries benefited from our help programme≤ and we also constituted a team of refugees. It's a big first and judo is a pioneer in the field. Our initiative serves as a model for the International Olympic Committee and we are working closely with the Olympic movement so that we can also have a refugee team here in Tokyo at next year's Games. I also want to focus on the media coverage that the World Championships will benefit. We have more than 550 recorded media, which guarantees that judo will be present worldwide." 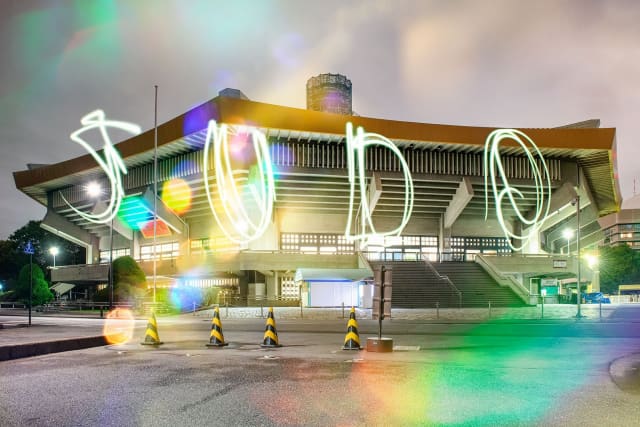 This is what Chief Media and Marketing Officer, Vlad Marinescu, explained: "We expect that the World Championships, which will be held from August 25th at Nippon Budokan, will be broadcast, either live, in highlight or news, in more than 190 countries. We have never reached this level."

In a few days, the IJF will implement its new TV graphics, which had already been partly tested at the Budapest Grand Prix earlier this summer: "Our new TV graphics will provide more flexibility and more information for commentators and viewers. But we will also have for the first time, judo filmed in 3D. It will be an incredible experience," explained Marinescu.

During his presentation, Yamashita Yasuhiro said: "It is a big pleasure and honor to host the World Championships 2019, thanks to the support of Mr. Vizer and the IJF. The Nippon Budokan was built for the 1964 Olympic Games, when judo was included in the Olympic programme. This was a milestone for judo to become a worldwide sport after having been the Japanese national sport for many years. Nippon Budokan has now to adapt to the new dimension of International events and after the World Championships, the venue will be totally refurbished for the Olympic Games.

"From a sports point of view, we are confident that the competition will be successful. I want to say a big thank you to President Uemura (Kodokan) for his support. The Kodokan will be used as the training venue and I'm sure that all athletes will enjoy it. It is our determination to deliver the best World Championships ever, and to have the best Olympic Games next year. We are willing to learn and improve everything that needs to be improved. We expect a big participation. We expect a very big success for this World Championships.“

Beside the World Championships and new media and communication projects that will be developed in the upcoming weeks, refereeing, sports, education and medical matters were among the subjects discussed during the meeting, with the active participation of all sectors. The Kodokan presented the newly designed kata for children, Kodomo no kata, that will be promoted after the world championships. Designed in a partnership between the IJF, the Kodokan and the French Judo Federation, this kata is meant to teach the basic principles and values of judo to the young judoka.

The EC meeting was only the first step of a long sequence of judo. Tomorrow (Thursday August 22), the IJF will host its Congress in the presence of all member nations. It will be followed by the IJF Gala on the Friday 23, which is going to celebrate 55 year of judo at the Olympic Games. On the Saturday 24, an exceptional Art exhibition, will be inaugurated at the Kodokan, followed, in the afternoon by the official draw of the competition, and by the second edition of the Gender Equity Conference. Then the spotlights will be turned on in the Nippon Budokan to discover who will be the World Champions for 2019.

Interview
IJF Ambassador Nadia Comaneci: “Hopefully my history here in Montréal will motivate other athletes to be the best they can be”