10. Mar 2017
Share
#JudoTeams2020 - Judo may seem like an individual sport. Truth is, it has always been a team sport. It can only be practiced or performed with partners – that is, as part of a team. Thus it is only natural that judo officially presents to the International Olympic Committee its request for a mixed team event at the Tokyo 2020 Games. Including a mixed team event within the Olympic program will further contribute to the development of Olympic sport and athletes worldwide. Further, it will spotlight the team spirit and the team approach to judo and its core values.

Critically, there will be no impact on the number of athletes. Athletes will be those from the individual events.

The proposed competition system: a quarterfinal repechage, with the four (4) best teams seeded.

The team event needs only one (1) extra day of competition. It comes directly after the seven existing days of individual competition.

Exactly the same venue and facilities will be used.

The schedule will see the final block composed of the medal contests only, all taking place on one (1) mat.

A minimum of 12 teams will be expected to take part in this exciting format. Each team will be made up of athletes who qualified for the individual competition, taking into consideration their world ranking points for individual Olympic Games qualification.

In total, the sum of six (6) best results / number of WRL points / for every six (6) team categories will decide the final ranking for each nominated team. 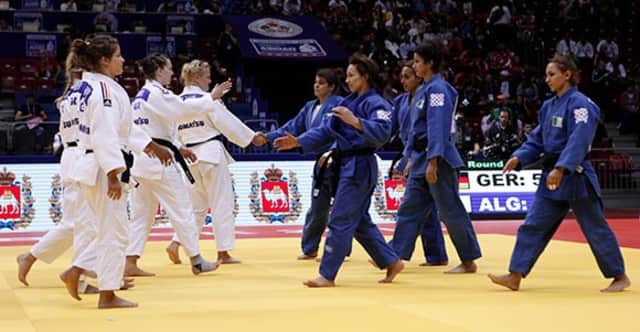 A Long History
The team event has been part of the International Judo Federation program for many years.

Team competitions are organized as well for different age categories (cadets and Juniors) and always produce an incredible atmosphere.

A mixed team event format was proposed and successfully took place at the first two editions of the Youth Olympic Games, in Singapore and Nanjing. 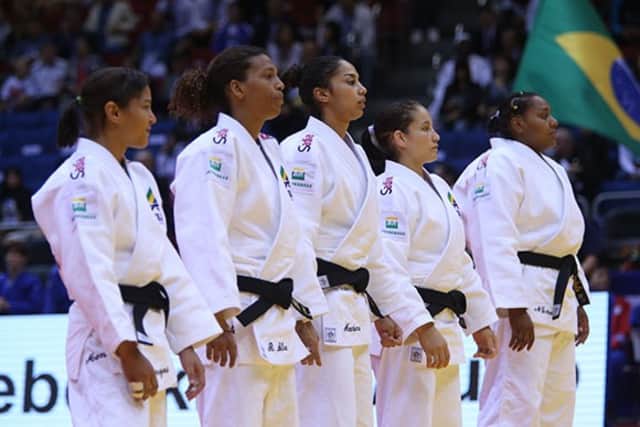 A Universal Show
The universality of the mixed team event is guaranteed.

In 2015, the last edition of the team world championships in Astana, Kazakhstan, saw 116 men from 14 countries, and 108 women from 15 countries. They represented all five continents.

Based on the long history of team events, the popularity of the sport worldwide and the fact that the Games in 2020 will be held in Japan, the International Judo Federation is convinced this format would play a key role in pushing judo to the next level. 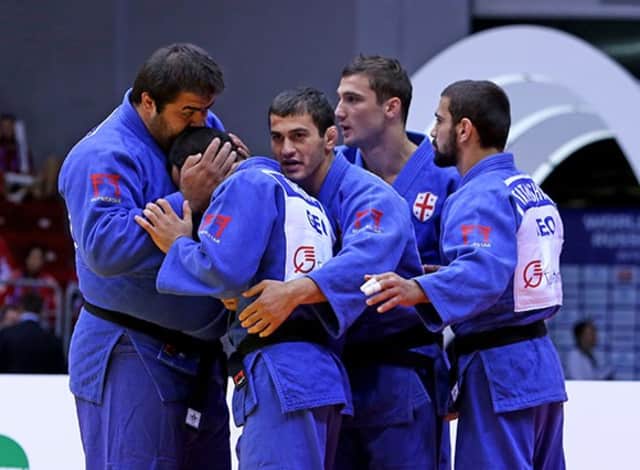 Massive media and fan interest
In Astana, the championships were broadcast to over 120 countries across all five continents.

That audience marked an increase of more than 70 percent over the 2014 Judo World Championships.

The team competition itself also made for an incredible impact on the internet, with 3.3 million page views and almost 600,000 visits during the event on the IJF website. Similarly, the Facebook, Twitter and Instagram accounts were literally occupied by judo lovers and fans throughout the championship run. 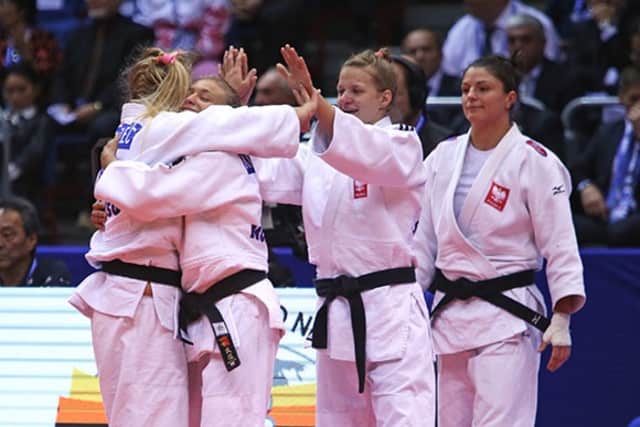 Positive Added Value for the Olympic Program
Judo is, in general, an educational sport. It encompasses profound and solid moral values and life principles combined with athletic excellence.

The founder of judo, Jigoro Kano, was one of the initial group of IOC members and pioneers of the Olympic Movement. He shared the same values as his colleague and friend, Baron Pierre de Coubertin. Judo is a reflection of the Olympic principles, and the proposed mixed team event emphasizes the values of respect, excellence and friendship that are at the heart of the Olympic spirit.

Together as one team, the athletes support and encourage each other, acting as one. Over the years, we have witnessed outstanding individual performances in the judo team events and we will doubtlessly see exactly this at the Olympic Games in Tokyo – underpinned by the strong moral support and feeling of unity that is the core nature of the team event. Moreover, competing in mixed teams, the athletes will be living examples of gender equity and of peaceful cooperation – a strong message that the world needs to witness. All this is completely and totally in line with the recommendations of Agenda 2020. 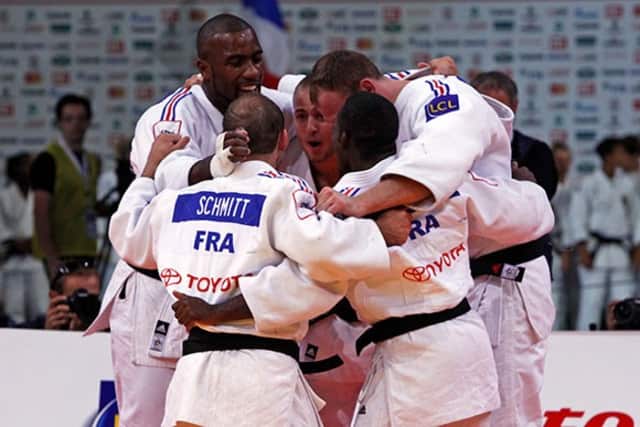 That the 2020 Games will be in Tokyo promises to add a special extra layer to what already is shaping up to be an extraordinary tournament. Originally, judo competitions in Japan were organized between teams representing various institutions or organizations and, even now, in Japan, belonging to such a team – university, police or other squad – remains a prestigious and important aspect of the sport.

Adding a team competition to the 2020 Tokyo Games will logically attract significant media attention. There will be the extra day. It will feature both champions who already have been successful as well as others who did not get the results they had hoped for. The competition will be fierce and interesting, as the participants will rely not only on their focus and concentration, but also on their teammates, united under one single flag, with one single, common goal.

The team competition will prove to have special appeal to youth. It involves more than just one’s personal skills, experience, preparation and focus. It will make plain the rewards of working together, sharing responsibility, being empathic and supportive – all the while performing at one’s very best and working towards a common goal.

In a fragile world tormented by conflicts of all kinds, where sport can play a key role in reaching out to young people, the judo team event not only can but will bring together the best of humanity – women and men, showing the importance of friendship, respect, mutual aid and peace. 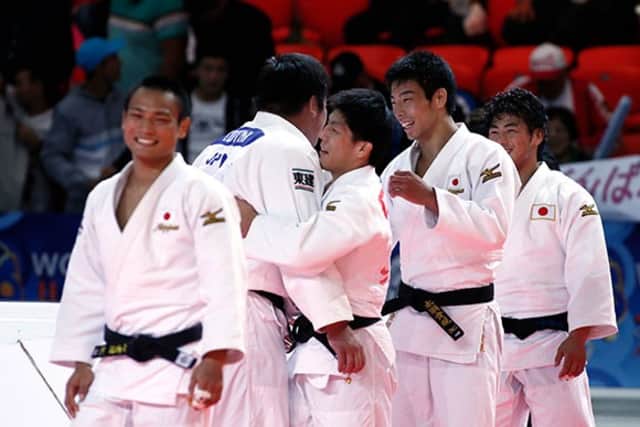 Too, the mixed nature of this event proposed for the Tokyo 2020 Games will underscore the importance and value of gender equity – in sports and in everyday life.

For the sport of judo itself, there is this one last positive: giving athletes the chance to compete for one more medal, strengthening the ties among each nation’s representatives as well as encouraging women’s participation in the sport in well-established and valuable judo nations, will bring considerable benefits, and over many years to come. 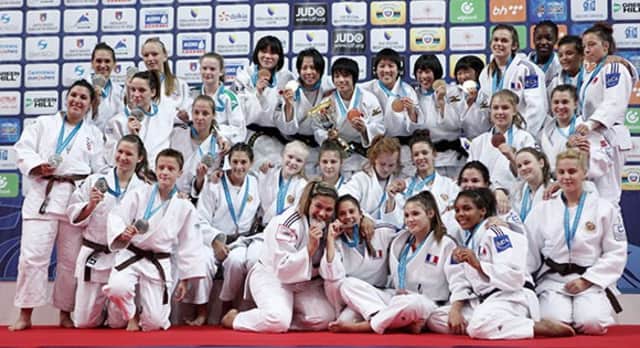