Judo for the World Finalist of the Sportel Awards

Written by Nicolas Messner on 28. Oct 2016
Share
After a very successful first day for the International Judo Federation at Sportel Monaco 2016, the world’s leading marketing and TV rights convention, with the important and historical signature of the partnership with Japanese based company, Hakuhodo DY Media Partners Incorporated, the IJF had a fruitful second day as the IJF Judo for the World film dedicated to Japan was a finalist at the Sportel Awards. 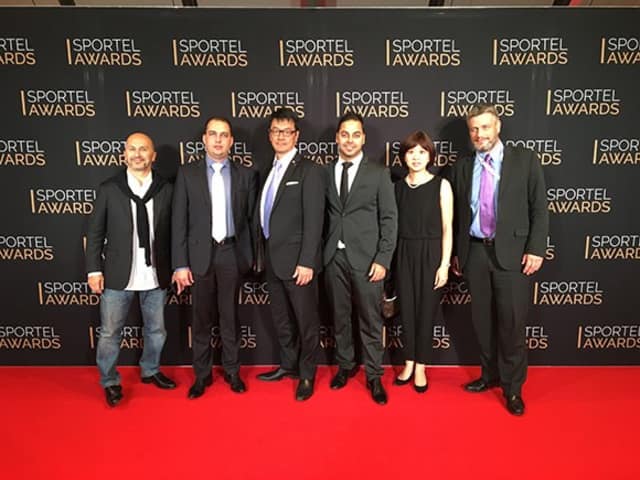 Throughout the day, the IJF and its partner Hakuhodo DY Media Partners, had several important meetings to secure the promotion of the IJF World Judo Tour 2017-2020. The evening of the convention was dedicated to the Sportel Awards, which were attended by all the participants as well as by many sports personalities such as Donovan Bailey, Djibril Cissé, Estelle Mossely, Michael Llodra, Richard Whitehead, Elodie Clouvel, Valentin Belaud, Anne Quéméré, Jonathan Aka, Jeannie Longo and Adriani Vastine.

The Judo for the World series was launched at the end of 2015 and so far already seven films were produced (Japan, Cuba, Brazil, Turkey, Australia, Zambia and Hungary) while two are currently under production (India and Nepal). The aim of those 5-minute-films is to show how judo can change the life of people on the five continents. Focusing on big names of the judo world (i.e. Rafaela Silva, Ungvari Miklos, Ortiz Idalys,…) as well as on judo practitioners, whose life has been deeply and positively impacted by the sport, the Judo for the World Series has been very successful on social media and digital platforms. Through a very original and creative approach, the judo values and its concrete influence on the society is highlighted and was deeply appreciated by the jury of the Sportel Awards. As it was mentioned during the presentation of the finalists: “Sports is not only about winning, it is about emotions and that is what the films that were competing this year showed.“

While Sportel Monaco 2016 will continue for the next two days, the IJF is now also getting ready for the Abu Dhabi Grand Slam, which will take place this weekend in the United Arab Emirates and will gather together the best athletes of the moment. The world judo family is also about to organise the 2016 edition of the #WorldJudoDay on Friday, which the theme is, like the film series, “JUDO FOR THE WORLD“. It is the sixth edition of the #WorldJudoDay, which is held every year on October 28th, the birthdate of the founder of Judo, Jigoro Kano, and which is dedicated to the values of our sport.