Written by Jo Crowley on 07. Nov 2022
Photographs by Jack Willingham, Gabriela Sabau, Robin Willingham, Tamara Kulumbegashvili
Share
Here in Baku among some of the best judoka in the world, there are many serious moments, Olympic ranking points won and lost, careers launched and risked, emotional successes and devastating frustrations. It is the way of sport, the way of elite judo and we expect it. 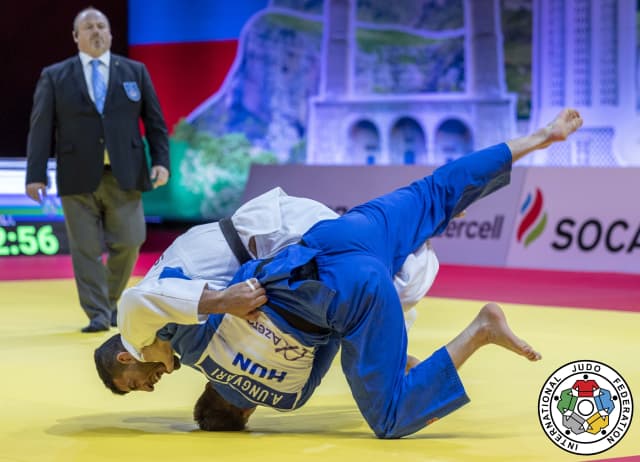 We work hard to create right the conditions for all athletes to be able to give of their best and in Baku the organisation has allowed just that, with hospitality and friendship at its finest.

Beyond the World Ranking List though, we also understand that the judo pyramid is enormous and on the way up to the summit of Olympic and world level contests we have a broad base that stretches through over 200 countries of the world. Children from remote African villages, Syrian refugee camps, Brooklyn community centres and even the mountains of Nepal, practise judo. 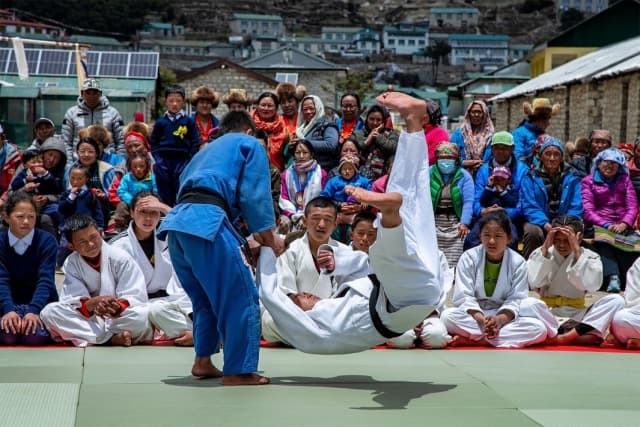 Every gold medallist began one day as a novice, a child whose eyes were opened by what they learned on the tatami. So, for them, we have to show that the fun always continues. To be a great champion is not always about staying serious but also about enjoying all that judo gives us.

In Azerbaijan, while the host federation celebrate 50 years of judo in the country, the grand slam provided the perfect stage on which to highlight every one of our judo values with a beautiful moment of excitement and entertainment. On the central mat of the Heydar Aliyev Sport Arena, just before the final block of the third day of the grand slam, two figures emerged from the athletes’ tunnel. 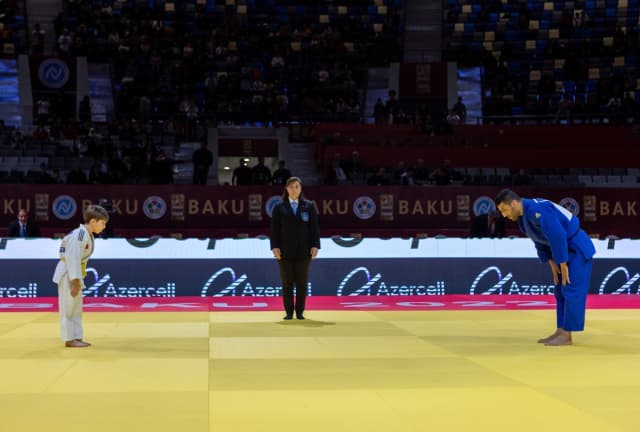 Something special in Baku

From here, we change our tone and present only fun. 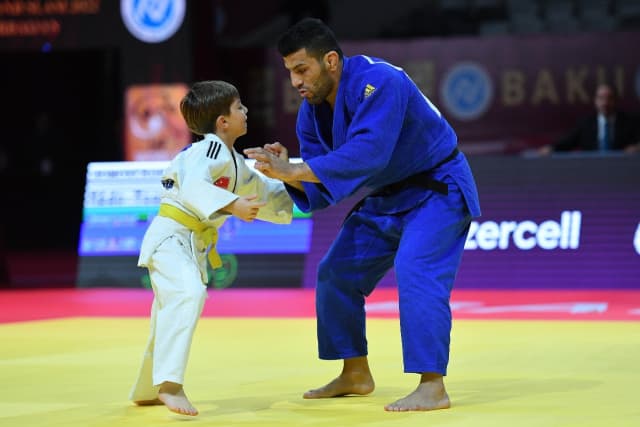 Azerbaijani hero, Olympic champion Elnur Mammadli walked with Shahverdili while Mollaei was accompanied by Olympic and double world medallist Movlud Miraliyev. The crowd was filled with local children who cheered and clapped, truly gripped by the spectacle, perhaps including a future champion inspired by their experience. 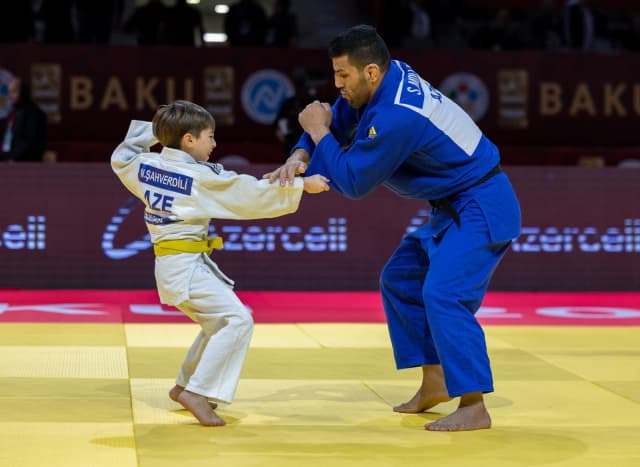 Shahverdili employed a mature gripping strategy putting Mollaei under pressure straight away and he dropped to the floor, receiving an early shido. The Olympic and world medallist Mollaei looked nervous as they began the second exchange. Mammadli encouraged the youngster to keep going the same way, smiling at his mini athlete throughout.

We noticed Shahverdili attacking mostly on the left, making life difficult for Mollaei. Saeid struggled to catch the correct grip and was close to being penalised again. Then a strong left o-goshi from Shahverdili was unavoidable for Mollaei and he landed squarely on his back making the job of referee Ioana Babiuc easy. It was ippon to white and disappointment for blue. 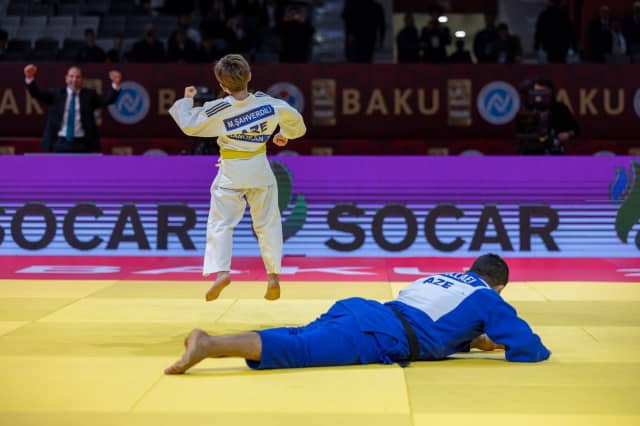 Shahverdili jumped into the arms of his coach with the crowd going wild. They left the arena hand in hand with the #JudoKids grand slam gold secured!

After the contest we caught up with the referee, “It was interesting and clear that we now have a new generation, one that we have been been waiting for. He is the future.” Ioana Babiuc winked and smiled. 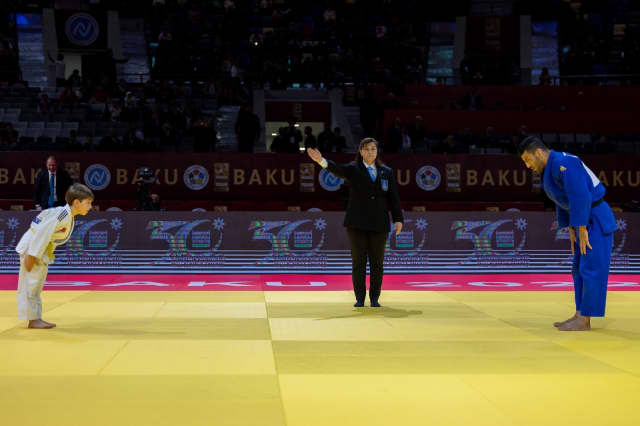 Shahverdili also spoke, “I have always known about Elnur Mammadli and today he was my coach, in front of everyone. He helped me have the most fun fighting with a great champion in this big arena. I’m so happy, it’s the proudest day of my life”

Mammadli said, “I was a child once upon a time and I understand what this kind of moment can do for the confidence of a young child. It’s important for the IJF to promote judo in this way and show that judo is for everyone and that no champion will ever forget their beginnings.”