Written by Pedro Lasuen on 24. Jun 2022
Photographs by Gabriela Sabau
Share
For a journalist, Laszlo Toth is what is considered to be a good client. The newly elected president of the European Judo Union (EJU) knows his files and speaks without mincing words. Now that we have met him in Mongolia, the time has come to talk about his vision of things, his projects, his ideas and, while we are at it, his opinion. 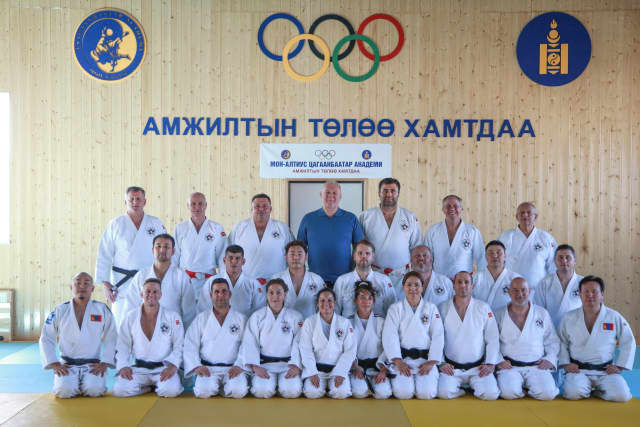 Twenty-four years at the head of the Hungarian Judo Federation and twenty-one as treasurer of the EJU make Toth the master of the keys, as if he were the librarian who preserves memory and the wealth that knowledge grants. The first question is obvious: we want to know what Toth found in terms of financial balance.

"We're fine," he replies. “We have a healthy situation, with savings and liquidity. It is now about using that reserve with intelligence and common sense.” Well, thanks, now we know that we will not pay for the coffee. So let's go back a few months, just before september 24th.

“I had no intention of showing up for anything at all. When the then president, Sergey Soloveychik, resigned, Otto Kneitinger was the natural successor. At the beginning of March, Otto called me to ask me to stand in the elections at the Extraordinary Congress that would take place in June, because I met all the necessary conditions to take up the baton. I didn't expect it but I accepted; it's not the kind of invitation one can refuse. For me it was an honour.”

Toth is proud because, during the congress, he received 49 votes in favour. It is what is called a plebiscite. Once chosen, it's time to talk about his programme and as we have already established, he is a good client. 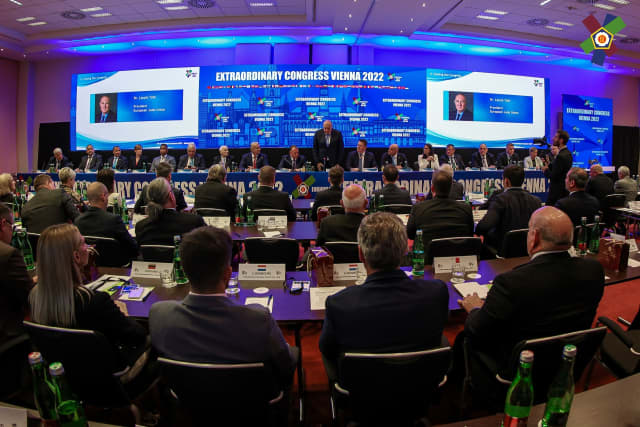 “Our relationship with the International Judo Federation (IJF) has not always been brilliant, to say the least. We didn't speak the same language. Now the waters have returned to their course and we are already working together for the development of judo.”

Precisely, what does this development consist of? We ask because it is an expression widely used by people from all over the world and in any activity, and sometimes it is empty of content.

“I want to expand the Judo in Schools project, which is already working very well in countries like Hungary. I want to spread it throughout Europe.” Now we also know that you have ideas tailored to your ambition.

He continues, “To help the national federations to strengthen their educational programmes and to work fully with the IJF in certain areas, for example, the IJF Academy. It is a very successful programme and now we are part of it.”

The second thing Toth did was, colloquially, clean the house. The new president changed the executive committee to give life to another. For that, there is also an explanation.

“I think it is better to have strong people, with leadership in place and competence. 11 of the 16 members are presidents of national federations and, another thing, there are three women, not because they are women, but because they are exceptional professionals.” 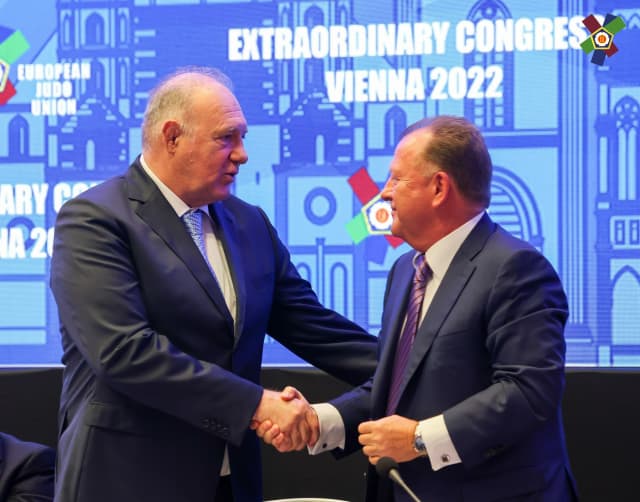 That is the underlying issue, the message that Toth wants to convey and we have understood it. The new president is interested in meritocracy, effort and talent, not ideological causes. It is a management model applied to all levels of the organisation, from the presidency to administrative tasks, passing through the different commissions. Toth wants the best, period!

There are more things, more ideas. “I want to recover the old logo. The current one is fine, but the old one represents a return to tradition. We live in very complicated times, I mean throughout the world, and we need to return to our roots and foundations, to get ahead. When things go wrong, there is nothing better than applying good recipes.”

In short, Laszlo Toth is not the classic politician who stands for election to enjoy the privileges of office, acting according to the polls. He wasn't even a candidate a few months ago and he's more of a table with lifelong friends than champagne and caviar with strangers. He is a folksy man, easy to access and with serious approaches.

“In the end,” he concludes, “I want to return the trust placed in me by those who have voted for me. Just that, that's why I want to do things right."

It couldn't be clearer and no, he didn't let us pay for the coffee.

News
ALBANIA LOOKS TOWARDS THE FUTURE