Lombardo: a Gentleman On and Off the Mat.

Written by Jo Crowley on 24. Oct 2019
Photographs by Gabriela Sabau
Share
Day 1 of the Abu Dhabi Grand Slam did not disappoint! At the end of the final block Loretta Cusack-Doyle sat down with me to offer her thoughts on a day that gave us 5 different nations atop the respective podiums. Loretta is an IJF commentator and former world champion.

“The calm before the storm: the atmosphere was quiet to begin with, not too much excitement in the early stages but as we progressed through those early rounds the quality of athletes climbed and the clashes became more intense.

The obvious thing at the beginning was the absence of many national coaches, many not coming out with their athletes. Whether it was right or wrong I think the dynamics of the athletes’ preparation for their first matches would have been affected, especially for those less experienced players. They depend highly on having their coach with them. That change of emphasis at judogi control, particularly with the length of skirt, had consequences. Having to go without a coach and also having to compete with a different judogi would have been very hard for those new to this level. Although most of the work is done prior to the event, that crucial moment of the first match can unbalance an athlete, taking them out of their ‘zone’, as they step on to the field of play for the first fight of the day. We know that can make or break an athlete.

Once the day was in full swing we started to see the trends in the judo. Within the women’s weights there were no big surprises on the podium. At -48kg Daria Bilodid (UKR) was never really challenged but it was her ability to transition to ne-waza that really showed her class.

In the -52kg category Kelmendi (KOS), as another number one seed, sailed through the stages. Even in the close final against Giuffrida, she showed her experience, facing her psychological hurdle of the memeory of last year’s final.

Another class act for me, showing potential to be a consistently world class athlete, still battling away through the ranks of the world tour, is Chelsie Giles (GBR). A fantastic performance from her, again hitting home the importance of transition. Her ne-waza really enabled her to be successful today. 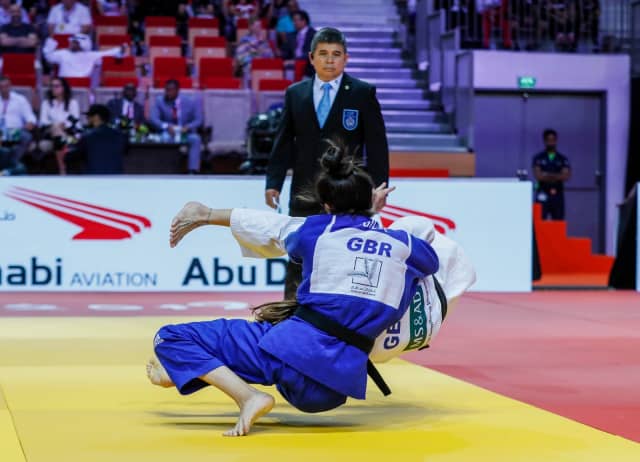 In the men’s divisions there were some upsets for the top seeds, such as the Georgian judoka, seeded number 1, being taken out by the young Cuban, Polanco, just outside the top 8.

Lombardo (ITA) at -66 kg was a shining example of good judo. He was a gentleman on and off the mat. Confident, stylish and a beautiful finish to those seoi-nages, making the final look easy.

I also noted Abuladze (RUS). He was a very clever, tactical fighter. He had perfect tactics today, until he met Kyrgyzbayev (KAZ) in the semi-final, who had his number! The Russian threw the arm over the back of his opponents and turned in with power and balance, to the side. He used the cross grip totally within the rules, attacking immediately, but he made it almost impossible for his opponents to counter. It earned his challengers a good number of shidos but his own success rate with throws was low. He did throw against Smetov for the bronze, though. It wasn’t the prettiest style, not showcasing judo to its highest standard, but so clever, so different from Lombardo, but really engaging to watch also. 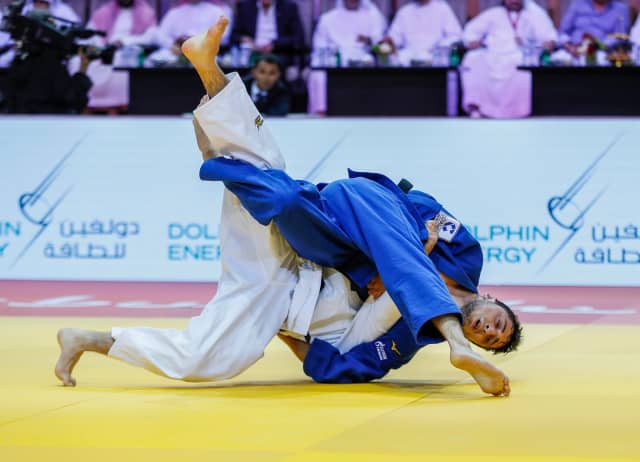 The winners had great transition today, with some strong throwing positions and also potential for success in ne-waza. It was great to see the referees giving such perfect amounts of time to ne-waza.

In tachi-waza there were lots of combinations with ashi-waza, offering strong seoi-nage and ko-uchi attacks. Sode was very prominent. The danger for many players favouring the sode-tsuri-komi-goshi attacks is in their pinning of the sleeves negatively, but in general there have been some great performances.

There was such exciting judo in the final block and some very positive finishes. Not all weight categories had all the worlds top seeds on the podium but it’s always nice to see some of the younger athletes breaking through to podium positions.”

Together, Loretta and I discussed some real highlights and our picks of the day were:

Ippon of the day: Lopez-Sheriff’s (ESP) perfectly positioned sasae-tsuri-komi-ashi in round 2 of the -52kg category.

Tune in tomorrow, 9am local time, for day 2 of the Abu Dhabi Grand Slam, via the IJF website.