Written by Pedro Lasuen on 30. Jan 2022
Photographs by Gabriela Sabau
Share
We have a son in a white judogi and his father in the coach's chair. We have the son's former babysitter and son's father's former student sitting in the other coach's chair and we have the former babysitter's new pupil in blue judogi in his first match in a new category. We also have the mother of the son and ex-wife of the coach, friend of the former babysitter and former world champion sitting on the sofa at home in front of the television. And the truth is that all this is not the fruit of the twisted mind of a Hollywood screenwriter. What we are telling you is a true story. 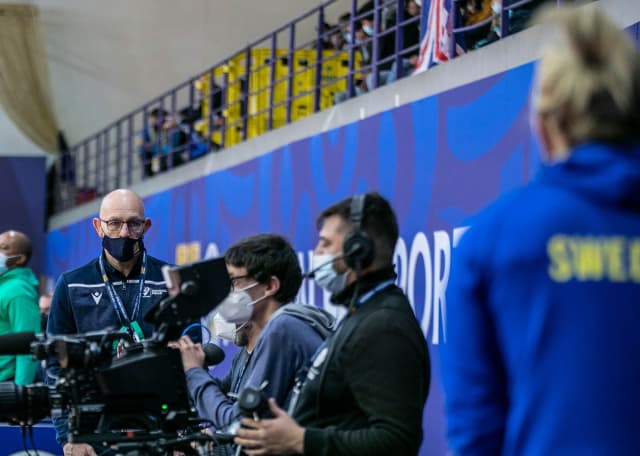 It happened on the second day of Grand Prix Portugal, on tatami 3, more or less at 12 noon. Tommy Macias is Swedish, a judo veteran, world number three at -73kg, taking his first steps in the -81kg category. It is his first official fight of the year. Two metres behind walks Sally Conway, British, 34 years old, bronze medallist at the Rio Games, bronze also at the Tokyo World Championships in 2019 and a coach for just a week. It is her first fight sitting in the coach's chair.

Further back is Scott Cusack, British, 26, returning from a long injury and also his father, Billy, a trainer and the person who has spent the most hours with Sally over the last fifteen years.

The two judoka step on to the tatami and greet each other. The two coaches do the same. We asked questions after the match.

Were you smiling at the time of bowing? The thing with the masks is that we cannot know.

“Of course I was,” says Billy. “I am so proud to see Sally in the chair across from me. She was an exceptional athlete and is a better person. I don't know anyone who doesn't love her."

“I didn't smile,” answers Sally, “I had the mask face.” But when she says it, she smiles with her eyes. About the fight, Billy confesses that Scott has done well, especially considering he was returning to the mats after an injury. "Also, Tommy is very good, he has a lot of experience and now he has Sally."

Sally now lives in Sweden, but it was a very recent move. “I just got here! I need time to get to know Tommy and the rest of the team. In this first contest with him I have simply asked myself what he needed from me. It is a different experience because being on or off the mat is not the same and it takes time, but it has been a positive experience.”

Macias got the better of Cusack with some excellent ground work, which was also Sally's speciality. As for Macias, speaking about Scott, he has said he doesn't want to fight him again because “he is so strong." 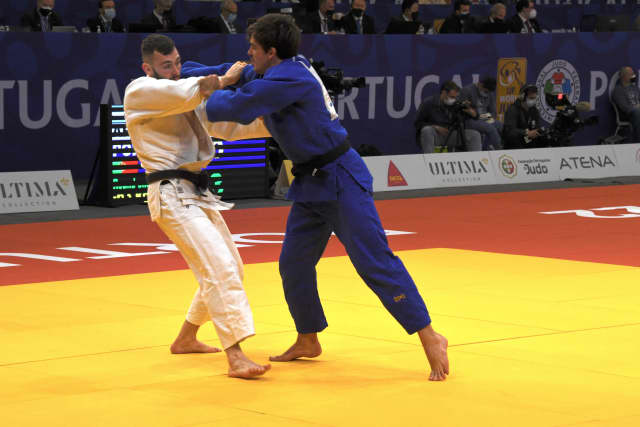 How about the mother, ex-wife, friend, elite judoka? Loretta Cusack-Doyle, from London but living in Scotland for many years, tells us the following, “I am awfully proud of my son regardless of the result. Tommy is an amazing and very experienced athlete so it was always going to be a tough match. Scott was engaging positively and at the beginning he unseated Tommy resulting in Tommy picking up two penalties. It was a mistake made by Scott that cost him the match, a mistake I'm sure he won't make next time they meet. My love and admiration to my son.”

Of Sally, Loretta affirms this, “I am so very proud of Sally and all her achievements. I was Sally’s GBR National Coach for many years. As she progressed into the seniors, that smooth transition and family continuity meant Sally grew up living around our children and Scott especially, as Scott became Sally’s training partner. I'm sure this was a very challenging situation to find herself in, on her debut as the Swedish National Coach, to be on the opposite side of the mat to Scott, as I know she is so very fond of him, as much as she is of Billy and myself. In the end it's only business, never personal. Once more it’s an occasion in which fair play, respect and judo family shines through.”

In the end they all left happy, or almost all of them, because nobody enjoys losing. Rarely have we seen such a concentration of mixed emotions in such a small space. It is a true story, but it could also be made into a film or a series, because something tells us that there will be another chapter. 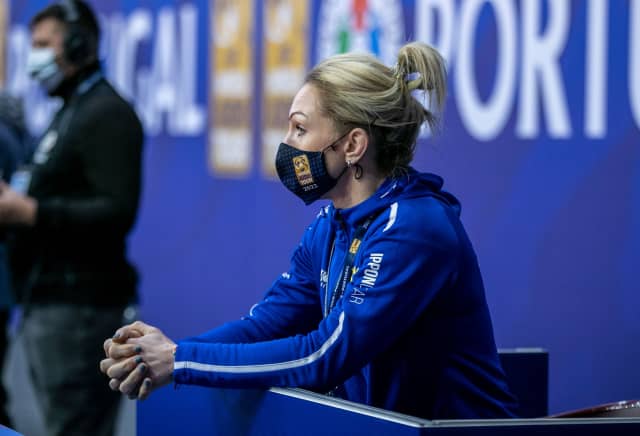