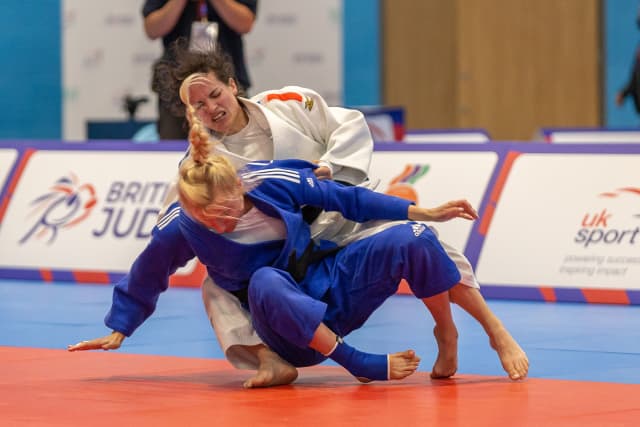 Martinet, the title holder from the women’s -52kg, missed last month’s Grand Prix in Baku, Azerbaijan, but showed no signs of rustiness having not competed since September 2019.

A gruelling match against Ukraine’s Yuliia Ivanytska ended with Martinet holding down her opponent for ippon.

Full results can be found by clicking here. All the action can also be watched back on IBSA’s YouTube channel here.

Georgia’s Giorgi Kaldani impressed once again in the men’s -73kg category, rounding off a great day of action at the University of Warwick.

Kaldani turned the tables on Uzbekistan’s world champion and top ranked judoka Feruz Sayidov. Sayidov was leading with under 10 seconds left and looked in control, but Kaldani managed to force him into a mistake for ippon, managing to turn him over.

Kaldani has made quite a splash since making his debut in 2019, most recently winning gold at the IBSA Judo Grand Prix in Baku, Azerbaijan, in May. 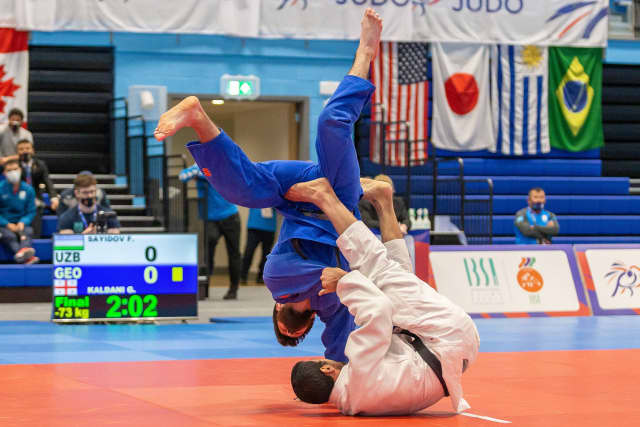 Brazil’s Lucia Araujo just edged to gold in her match against Argentina’s Laura Candela Gonzalez in the women’s -57kg group. After a close contest that went to golden score, even a video review saw a throw of Araujo's as borderline, but after careful consideration it was awarded the waza-ari.

Men’s With one minute on the clock, there was still no score, despite the best efforts of both judoka in the men’s -60kg final. Venezuela’s Marcos Blanco showed great resistance to the attacks of Georgian world number 2 Zurab Zurabiani and kept coming back for more, launching his own attempts in response. In the end though, Zurabiani was the victor as he held Blanco for ippon.

Uruguay’s Henry Borges was delighted with his bronze medal against Spain’s Borja Pahissa. Spain had better luck in the other bronze medal match thanks to Luis Daniel Gavilan Lorenzo.

At the end of the day Esther Stam, commentating live at the event, said, "The top judoka was Kaldani of Georgia in the -73kg group. Every contest he was behind and could still come back in the last minute. He even defeated the current world champion. He just stepped up to the -73kg weight in Baku and has won each match since. Besides that, Pan-America did exceptionally well, with the biggest surprise coming from team Venezuela, with 2 medals and some very technical and attractive judo."