Written by Pedro Lasuen on 09. Jun 2021
Photographs by Gabriela Sabau, Marina Mayorova, Emanuele Di Feliciantonio
Share
In 1984 you had to be an athlete to have a future in Romania. In 1984 you had to be Ilie Nastase, Nadia Comaneci, Ion Tiriac or Marius Vizer, to aspire to what the regime did not allow: a normal life, private property, the exercise of free will. Some gained their independence with talent, others with courage. In general, they had both. They were exceptional men and women, but they were only a handful. Florin Daniel Lascau was one of them. 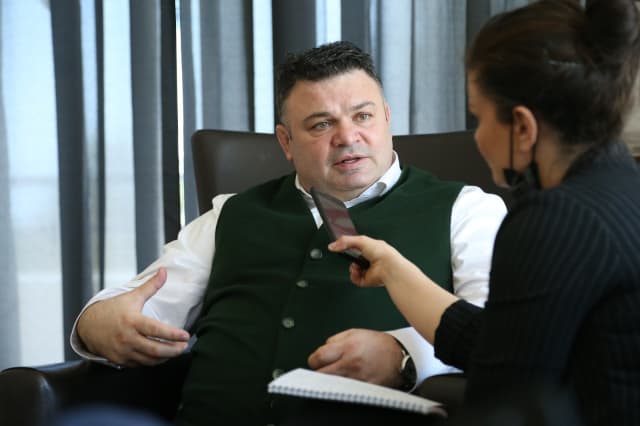 By 1984 Daniel's belt was already black and judo was more than just a sport for him. In 1984 Daniel already had a first dan. What he still did not have was the power to change things, that is, to build his life without interference, by choice. For that, he had to wait five more years.

The world remembers the Romania of 1989 for the resounding, violent and televised fall of the dictator Ceaucescu. That is part of the history of a country that, by the will of the people, destroyed itself to build something better, something decent.

But before, when the ‘Conducator’ was still the tyrant with an iron fist, few dared to swim against the current. A few months before the final explosion, Daniel made the decision that would change his life forever. Judo would be his pass.

“There was no future for anyone there. I wanted to be a judoka, make a career in sports, be a free man,” Daniel tells us. 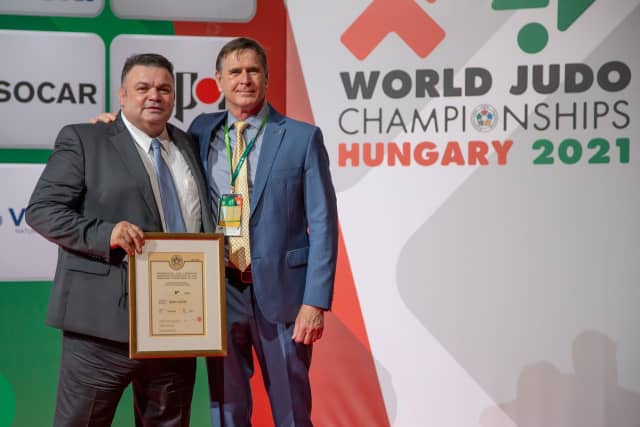 37 years have passed since that first dan, but Daniel does not hesitate when he speaks, he remembers all the details. This is what usually happens with humble people who have not always enjoyed freedom. They are people who do not forget what was bad, so that it does not happen again.

"I left a few months before the fall of Ceausescu."

Daniel came to Germany, so far and at the same time, so close, with that wall in between that separated so much for a quarter of a century. New country, different language. It didn't matter; people were free there and there was also judo.

Young Daniel soon made a name for himself. In 1991 the world learned his last name. Today the entire judo community knows Daniel and for the younger ones or the uninformed, they can always consult the internet to find out.

The ‘where’ was Barcelona and the ‘what’ was the world championships? The ‘how’ was Daniel's secret weapon: a brutal ura-nage. Daniel, the exile, the young Romanian who fought for the German anthem, won the gold medal with what we talked about before: talent and courage.

"At that time I was only thinking about winning. I was programmed for it, concentrating on judo and winning titles and medals." 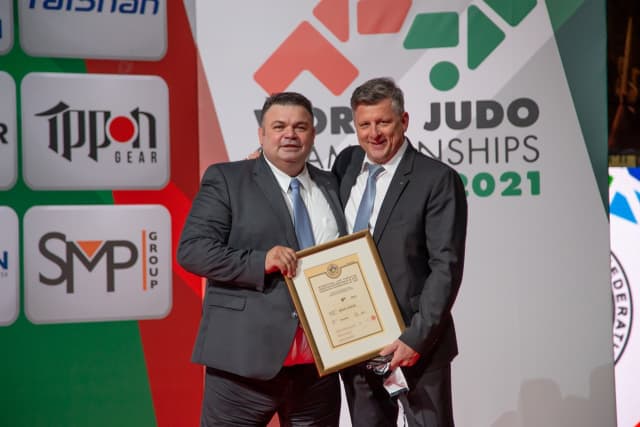 The best advice he has ever received was given to him by his first coach, Florian Velici. “He didn't tell me there was a win. He told me that I had to win by ippon. It is not the same and it served me to sentence numerous fights just before the bell rang. It was a great piece of advice because it is valid for judo and for life in general."

When he retired, Daniel directed his future towards the offices. It was a normal, seamless transition, always upward. What changed was the perception of the situation because, if Daniel put judo at his service when he was active as a competitor, since he retired he put himself at the service of judo.

"I am a lucky man because I have been able to turn my passion into my work." Not everyone can say the same.

Daniel is awake, fully engaged, he has his own ideas and opinions. He is also grateful. “I would never have arrived here without Marius Vizer, president of the IJF. Today we are a modern federation, which is in good health and has a roadmap, thanks to Marius Vizer. He is an exceptional president because he has surrounded himself with competent people and he listens, respects and encourages the points of view of his collaborators. That is the mark of intelligence. He is always looking for something new and better for judo."

Things haven't changed much in Daniel's life. They have just become even better. "It is the same game, but with different tools."

Daniel is a friendly, optimistic man who enjoys the pleasure of being alive. He always walks into a room smiling and leaves singing. For that there is also a secret, in his case, the most sacred, the family.

"When you dedicate yourself to sport at the highest level you have to have very clear ideas and in general you sacrifice your personal life, at least in your best years, because otherwise you cannot build a successful career."

Then, instead, you can build something and in his case it's the best thing he has. “My son Bogdan, yellow belt, by the way, and my other son, Tudor, is a green belt. They are two of my three treasures. The third is my wife, Loredana, third dan. They are everything. Without them I would not be the same and I would not have been able to do what I have done so far." 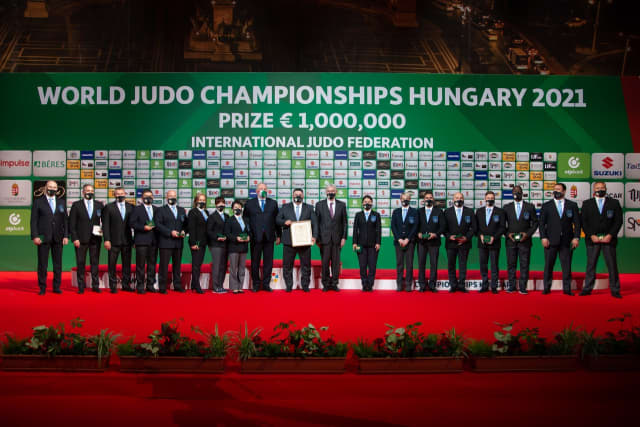 In the end it all comes down to one word with a multitude of connotations: judo. “It was everything before and it still is now, but because judo is, above all, values and education. You cannot found a home without values, be a better person without education and you cannot earn degrees without sacrifice."

Daniel is judo and judo has a lot of Daniel. It is a perfect marriage, like his with Loredana. That brings serenity and enough experience to glimpse the world 30 years from now.

"Judo will continue to be an Olympic pillar and an educational platform for our society."

Many will wonder what this tribute is about in the middle of the World Judo Championships Hungary 2021. We do it because on Monday 7th June 2021 Daniel received his eighth dan during the event; an award for a brilliant career.

It shows that Daniel has made friends and inspired colleagues. Looking at the photos with his co-workers, we understand they are probably even happier than him. Daniel is like that, a generous sentimentalist, a man with talent and courage, like a few in times of great fear, when everything was dark and gloomy, when his future was just a dream.