Written by Nicolas Messner on 27. May 2021
Share
Within a week, two continental unions, Africa and Pan-America, proceeded with their respective elections and designated the new teams to lead the destinies of the two organisations. 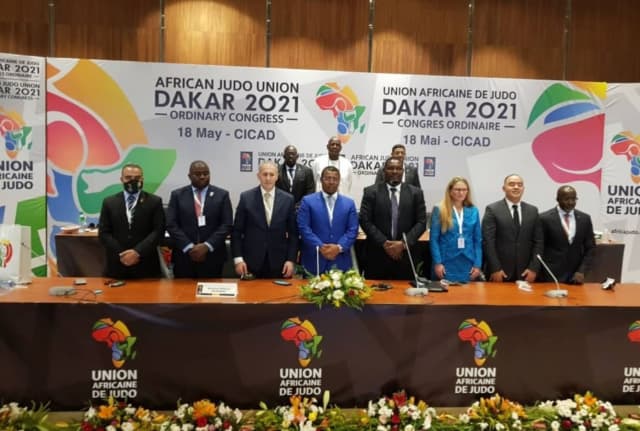 AFRICA The first election was held in Senegal on 18th May 2021 and Mr. Thierry Siteny was elected president of the African Judo Union for the next four years, under the motto ‘Africa Judo United.’ He succeeds Mr. Habib Sissoko of Mali.

After his election the new president has revealed his vision to all the African countries for the development of judo on the continent. 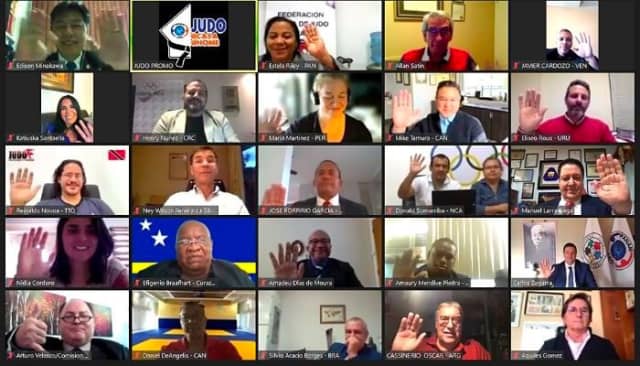 PAN-AMERICA Mr. Carlos Zegarra was elected as the new president of the PJC, unanimously, by the Pan-American countries, on 26th May. He succeeds Mr. Manuel Larranaga of Mexico.

The election was carried out via Zoom, with a participation of 31 federations of the 34 that make up the Pan-American Judo Confederation.

In his first words as president of the CPJ Carlos Zegarra said, “Following in the footsteps of our friend and companion for life, Mr Manuel Larrañaga, is a very special moment for me, for my family and for my friends. We are going to work together in this new executive committee. It is a great challenge because we are in a very complicated health situation, but having dared to hold events and having dared to continue in our duties only speaks about the pure love that we all have for our sport. I not only offer promises, I also have convictions and we will work as a team.”

Both new continental teams will be in action at the World Championships in Hungary, to work hand in hand with the IJF and we are looking forward to working with them for the continued development of judo worldwide.