Written by Pedro Lasuen on 08. Jan 2019
Share
He is not an average man, not a normal trainer as we say. His name goes with respect, hard work and glory. All what he has done was right and all what he is doing is still right. 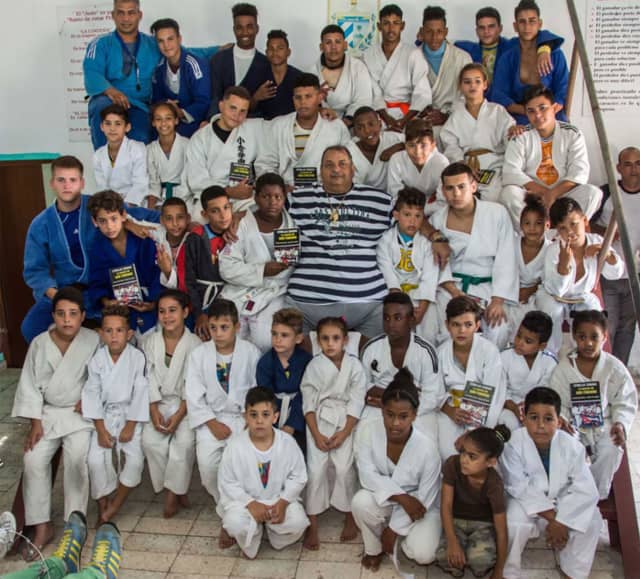 Ronaldo Veitía, the cuban legend of Judo is managing the Proyecto Primavera (Spring Projetc) and closed 2018 with the Second Integral Olympiad in a ceremony to a great and very rich year where Veitia himself entered in the Pantheon of the greatest, the Judo Hall of Fame during Baku Judo World Championships.

For 30 years Veitía had run with huge success the cuban women's team. In Baku, the Science Master and 8th Dan was not only honoured for his medals but also for his dedication, spirit of sacrifice and modesty, values to be the heart of Judo.

The neighbourhood of Santa Maria del Rosario, inside capital district of Cotorro, was the choosen place by Veitía to teach and spread his knowledge to the young generation of cuban fighters. It was the time for them to learn inside and outside the mat.

Young judoka had to show their skills in acrobathy as well as resistance and athletics. An exclusive and exhausting programme which is the Veitía personal recipe, the way to achieve the highest goals.

Beyond physical exercices and to wide their cultural horizons, young students had the privilege to meet popular song composer and Veitía's former disciple Waldo Mendoza.

The closing ceremony of the Second Integral Olympiad took place in the House of Culture. Veitía announced the contribution of International Judo Federation with a donation made by its President Marius Vizer in order to develop sport in Cuba, a country where Judo has always brought medals, title, joy and education to its people.

All those visitors who felt curious about Judo, values and knowledge were welcome in the ceremony which was at the measure of the master, the giant among giants, Ronaldo Veitía.

News
Ronaldo Veitia: A legend of Judo Has Passed Away