Review: These Athletes Will Change the World

Written by Jo Crowley on 28. Aug 2022
Photographs by Lars Moeller Jensen, Tamara Kulumbegashvili
Share
Florin Daniel Lascau is an instrumental figure in world judo. Himself a world champion and later working in coaching, sport organisation and education, he is now the IJF Head Referee Director and a key member of the IJF Academy. What is also clear is that he is a judo fan and a lover of statistics.

In Sarajevo Mr Lascau is working with a team of supervisors to ensure the refereeing is fair and consistent, to facilitate a world level competition where the judo takes centre stage, the performances, the technical ability and the positive attitude of the athletes.

The individual competition has come to and end and over the last 4 days 16 new cadet world champions have stepped forward. Mr Lascau has been keeping track of the numbers and now offers his thoughts on what has been a fantastic championship.

“60 countries took part and 25 of them won medals, just over 40%. Gold medals were won by 12 countries and those came from three continents, showing the consistent diversity within judo. One of those golds was won by an Indian judoka, an historic milestone for international judo and for her country, as it was the first world medal won by India from any age or weight category." 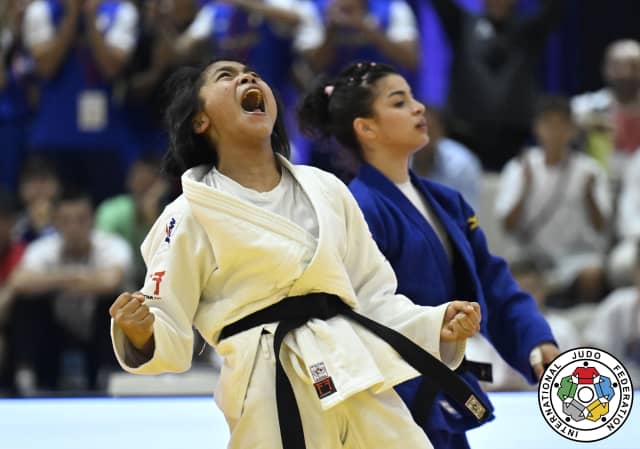 "There were also eight medals for Uzbekistan in total and although they only had one gold, their development as a team, across both men and women, is really highlighted by this medal tally; no other country won so many!

Judo federations investing in cadets who are today 15, 16 or 17 years old, those maybe not ready for Paris 2024, but in 6 years time they will be 21, 22, 23 and some will be ready to write the pages of history for judo at the world championships and Los Angeles 2028 Olympic Games. These athletes will change the world and coaches are understanding this.”

Aside from the medals and thoughts of the future, are more numbers that write stories. The statistics are evidence and can highlight trends and progression.

Of the competitors present 271 were men, 56% of the 483 overall entry, whereas 212 women were present, 44%. The gap here is incredibly small in global terms. Let’s think of it this way, that if there were just 6% fewer men and 6% more women, it would be an equal entry across the genders. 6% is a small proportion, significant but small.” 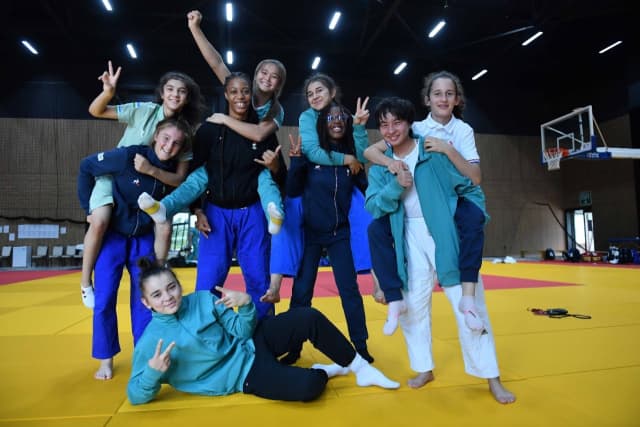 With this good balance between men and women at cadet level, this will lead to great gender equity in judo in the years to come. We can see that future representation of women among coaches, officials and in leadership positions should be markedly improved, in the natural flow of things.

“It makes sense that we see these positive statistics when we consider that in Sarajevo there were 32 medals for men but also 32 medals for women; the same chances for each. This is a reflection of similar statistics right up to the World Judo Tour and at the Olympic Games.

More than 530 contests were refereed, in total, but from those only 33 male and 31 female contests were won by an accumulation of shido, less than 6% or the overall scoreline. Direct hansokumake wins, however, is where we first see a noteworthy difference, 15 for men but only 4 for women. Among this very small number, most were for using the head to throw or head-diving.

Such a big difference calls for further investigation; naturally there should be a reason for it, one which could have implications for changes in coaching methodology, but that is for another day.

“From these 500 plus contests, 9 of every 10 were won by one waza-ari, two waza-ari or ippon, all positive scores. This shows that with the lack of experience in this age category, we see less tactical fights. They really look for the win. Some are still developing the techniques but also the physical growth of the athletes is still not complete. Some have still 5-10cm or even more to go. They can still go up one or even more weight classes. All of this is significant in terms of their stage of development within competition situations.

Moving on from the absolutes of number, we must talk about the technical judo itself. The range of nage-waza covered all five groups of the Kodokan classified techniques. Shoulder throws such as seoi-nage and ippon-seoi-nage, followed by uchi-mata, harai-goshi, de-ashi-harai and o-uchi-gari, lead the statistics." 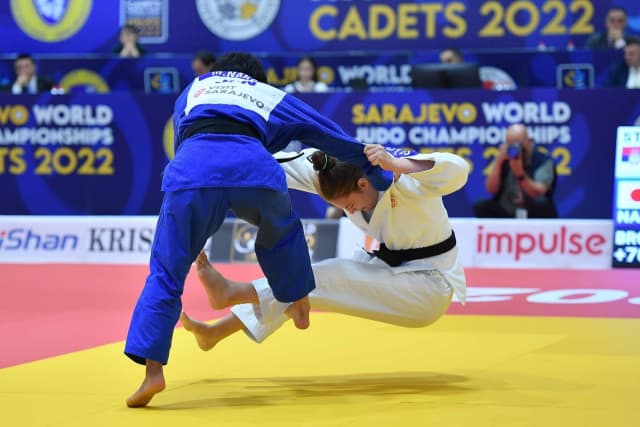 We saw plenty of renzoku-waza, technique being developed through practice in the same direction, double tomoe-nage or ken ken uchi-mata, for example. We also saw a lot of renraku-waza, combining different techniques and directions; it was normal here and not the exception.

On the ground osae-waza was most common, really dominating.

Traditional transition to yoko-shiho-gatame or kesa-gatame was popular and then in both men’s and women’s groups and in all weight classes sankaku was ised for the proposal of both shime-waza and hold downs, which was a surprise. There were very few kansetsu-waza finishes at all." 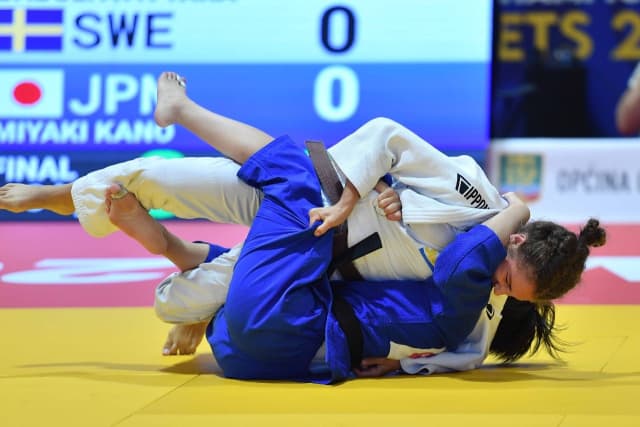 "I would also like to mention gripping; the kumi-kata phases seemed to indicate that some athletes may have been a bit nervous coming to the first big competiton of their life. Many were very focussed on just taking the two grips and attacking, instead of playing. No doubt there will be greater complexity from these athletes as they mature into the junior and senior ranks." 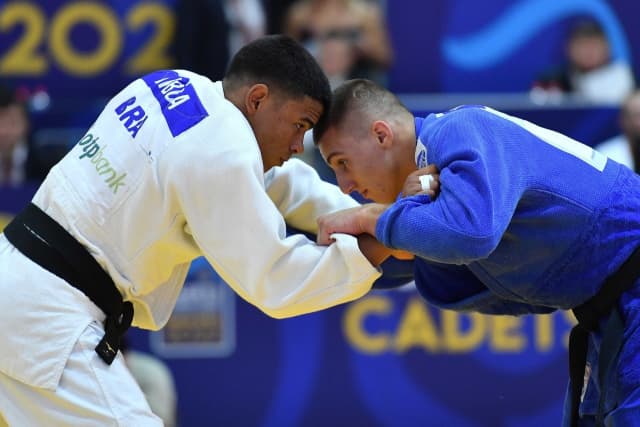 With such an emphasis on attacking judo, most contests were won in normal time, inside the allotted 4 minutes, 86% in fact. 1:40min was the average lengths of the golden score periods that were fought and the range was 0:11min to 6:35min, with the upper end being an anomaly. We did notice that the time was different in different weight categories. The lighter the judoka, the bigger the percentage and longer the time of golden score, in terms of trend. On the last day it was really an avalanche of ippon with almost no need for extra time. After 4 days of individuals, a generation of young judoka in a clear technical progress phase, showed good knowledge of judo principles. One of the reasons for this positive observation is the large number of coaches now alumni of the IJF Academy, showing there is theoretical and practical added value. There is a direct benefit not just in training but in competition. There has been good behaviour from most athletes and coaches." 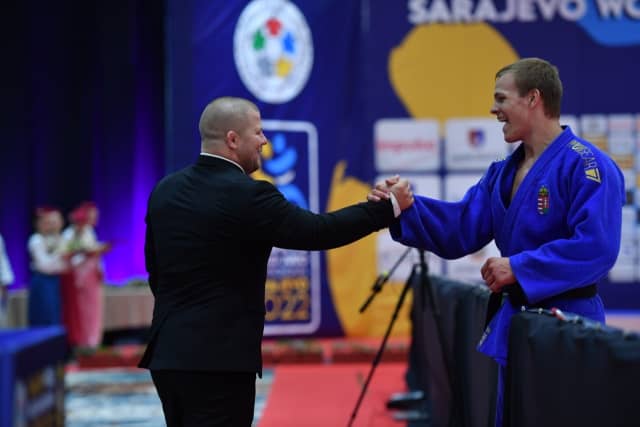 "They are all still learning how to win and how to lose a contest, a medal, a competition. We hope to see these young judoka again in the junior competitions and of course we wish to welcome them to the World Judo Tour, if not in this Paris Olympic cycle then in the next, in Los Angeles.

We have seen technique win over power in Sarajevo, the technical advantage still plays the biggest part in winning, as demonstrated in the last final of the heavyweight division on day 4. This bodes well for the future. Bosnia and Herzegovina have offered the perfect platform to see all of this and the judo world owes the country a debt of thanks.”