Written by Jo Crowley on 30. Jul 2021
Photographs by Gabriela Sabau, Emanuele Di Feliciantonio
Share
From athlete to Olympic Coach to CBJ’s Technical Co-Ordinator, no matter the role, Rosi Campos is always visible, pro-actively working as the glue of the Brazilian team, ensuring inclusion and leading the cheers. Hers is a position of great responsibility and the period leading up to this Olympic Games has been far from smooth.

“It’s been very difficult, not only for Brazil, but for everybody. For us we live really far from Europe and after the pandemic when the IJF World Tour started again Europe was very expensive for us, so we had two problems: the global situation and also the financial implications. Everything we pay is like 7 times more than normal, when we take into account the health protocols and the exchange rates and more. We had to have a very robust plan and a realistic way to prepare, especially with some of the team still needing qualification points.

In Tbilisi one member of team had Covid and so we had to isolate in Turkey and couldn’t take part in the grand slam. We had made two bubbles, for men and for women, but the bubbles were broken with the transport, taking planes, with no choice but to be mixed, so it was very bad. The athletes were very tired from being isolated and not being allowed to go out. We had to pay for all of that in Turkey. Then we had to go straight to Guadelajara for the Pan American Championships.

Last year we had some luck with Portugal’s support and we stayed there for 2 and a half months. During that training camp Mayra was injured and needed surgery. Her first competition back was the World Championships and this is very close for an Olympian."

"Immediately prior to the Worlds we had a Brazilian camp, at Pindamonhangaba in Sau Paulo. It’s held at a big hotel with a dojo, staying in a bubble with regular testing and clear protocols. All the physio, massage and nutritional needs are taken care of there, as well as the physical training. There were 3 camps there as part of the preparation for the Worlds and the Olympics.

We included many of the juniors from the Brazilian team in the preparation for the Olympic Games and it worked brilliantly. They became really close to the senior team members, especially the Olympic team. The juniors grew, technically and tactically. We needed the training partners and so it became perfect.

All decisions are made together with the athletes, not just CBJ. We have a WhatsApp group including all the club coaches and we have a meeting online once per week. We discuss what the athletes are doing when they go home from our training camps.

The Brazilian Olympic Committee decided it was too risky to all train together just before the Worlds and Games because of Covid but with good communication we were still able to build on the work done in the camps, with the players working hard in their clubs.

Every week we talk with the Federation, the team and the club coaches. We take care of every detail to build trust and accountability throughout Brazil. I’m very proud to be working in this team. I feel all is right for the athletes to get what they need. We have the same provision now for men and women too, which is much better than in the past." 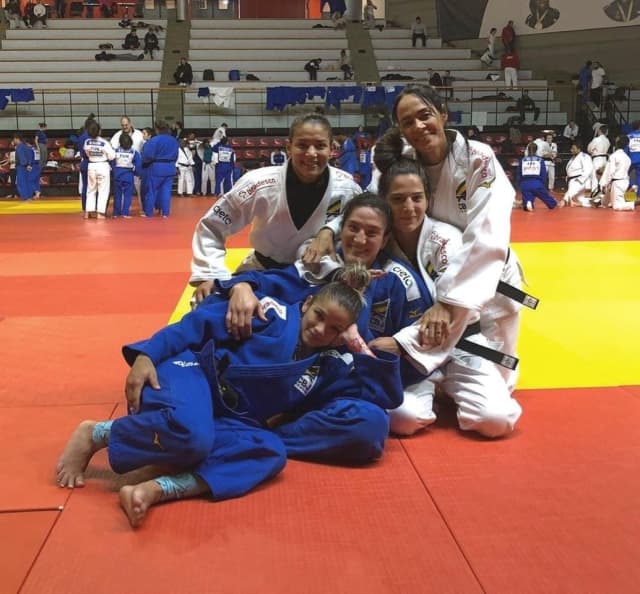 Daniel Cargnin fought with great heart and a loud support group in the stands and won himself an unexpected bronze medal on day 2 in Tokyo. 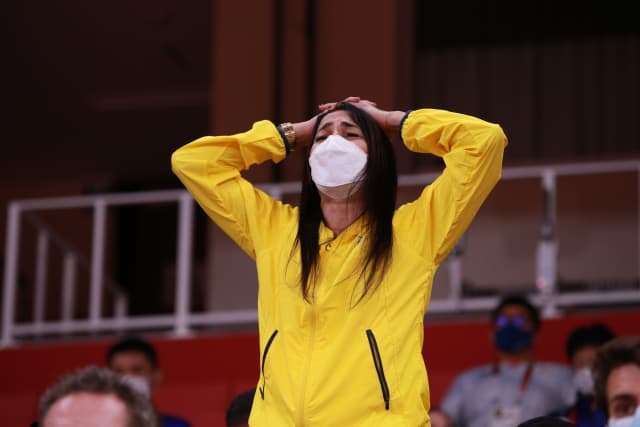 Feeling every win and every loss in Tokyo

Then Mayra Aguiar overcame a mountain of challenges to win an extraordinary 3rd Olympic bronze in as many cycles. Both medals can be attributed, of course to the hard work of the athletes and their coaches, but also to the incredible spirit carried by the whole Brazilian team. Sometimes the word ‘family’ is overused but in this instance it is exactly the right word. 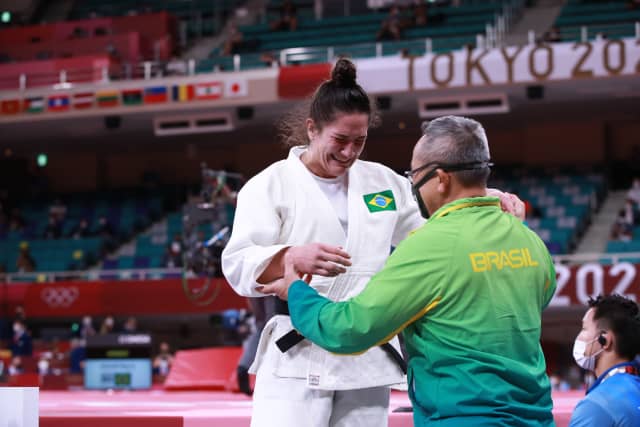