Salima Souakri wins the Women and Sport Award 2020 for Africa

By Nicolas Messner on 07. Mar 2020
Share
With International Women’s Day being celebrated on Sunday 8 March, the International Olympic Committee (IOC) has revealed the names of the six winners of the Women and Sport Awards 2020. The international judo family is very happy to announce that among those six winners is Salima Souakri of Algeria. The winners were selected by the IOC Women in Sport Commission, who recognised their efforts in developing and encouraging women’s and girls’ participation in sport. 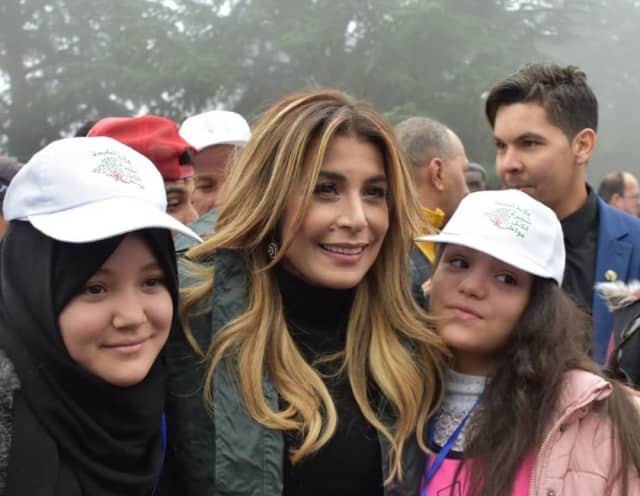 “Each project is a lifelong commitment to advancing gender equality on and off the field of play," IOC President Thomas Bach said.

Salima, who is very active in the promoting of gender equality, is a member of the International Judo Federation’s Gender Equity Committee, where she continues to encourage young girls to practise sport.

“This prize is a prize for women and sport of which I am so very proud. As it came after a 36 year athletic career, this prize came to crown this journey. I am very happy and especially very proud”, said Salima. 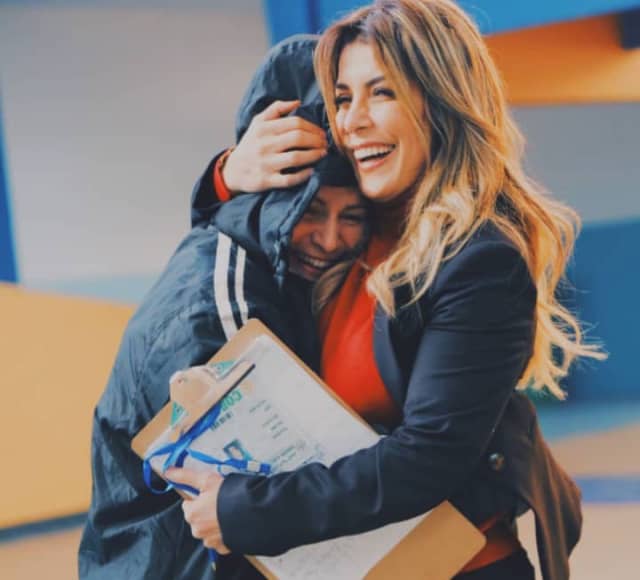 On the occasion of the second IJF Gender Equity conference held in Tokyo last year, prior to the World Championships, Salima told the amazing story of her life, presenting an important lesson to all delegates. Being born as the only girl in a big family with many brothers, in a Muslim country, she fought the discrimination of girls at a very young age, standing up for her rights to play and do sports, just as boys could.

"Very modestly, I can say that I am proud of my journey. It was not always easy, but I was able to overcome obstacles and always move forward. If I look back at my career, my participation in the Olympic Games and the gold medal that I won at the Paris Grand Slam, where I was the first African to climb on top of the podium, these remain important moments in my competitive journey", said the Women and Sport Awards winner.

It's impossible to imagine what the young woman went through to achieve her goals:, "The conditions for training were very complicated in Algeria. During the 'dark decade', we had to hide and meet at night in secret places to practise judo. It was dangerous and we met often after curfew. For us women it was even more risky, but we did it. It was not a fear that could stop us. My family was deeply affected. We have been touched in our flesh. One of my brothers, who was a police officer, was murdered. However, we had to continue living." 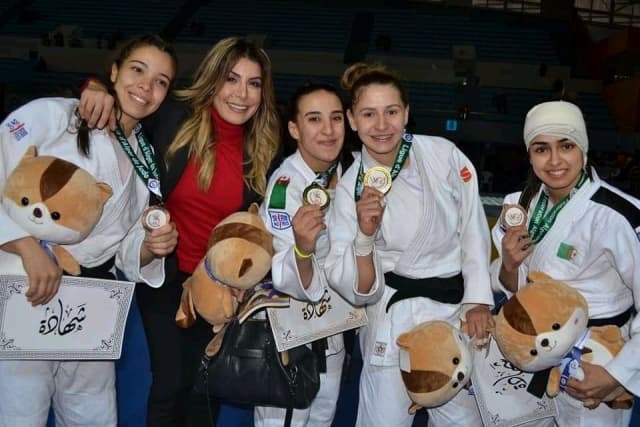 Overcoming adversity, even after an assassination attempt on her life that got her younger brother killed, she persevered in her ambitions and actions, becoming a genuine judo champion and an important role model for many girls and women in Algeria. After her sports career, since 2008, she seeks other challenges promoting integration and she travels to the most remote regions of her country to facilitate the girls, empowering them to practise sports and judo.

"When I stopped competing in 2008, I became coach of the national women's team which obtained its best overall result the following year in Mauritius. Today, I am still very much involved with judo, locally and internationally. I see my action elsewhere as well. Very early on, I felt the need to invest in humanitarian aid. It was obvious to me. The day after my sports retirement, I joined the associative world. I am active to support the disabled in deprived neighbourhoods. I also raise awareness of the dangers of the use of narcotics in distant regions of Algeria. I think that sport is the best tool to promote values throughout society", explained Souakri. 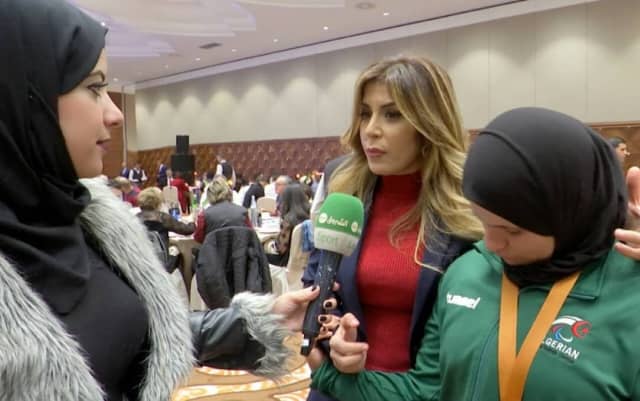 "I am above all an ambassador, but an active ambassador. Young people need idols because the message gets out much better. I explain to the younger generations that I participated in 1992 in the first Olympic games in which women were represented in judo. At that time which was really dark for our country, we were only three women to represent Algeria at the Games including Hassiba Boulmerka who became Olympic Champion in Athletics. For us, sport has been an extraordinary passport which has allowed us to assert ourselves and revolutionise our conditions as women. I am proud and happy to have been an explorer in this human adventure.“

"I believe that by will, you can really overcome all obstacles and what better than sport and judo for that? I want to promote sport as a tool for social development. I believe in it."

“Judo has given me everything in my life. It’s a real school of life. The sport has built my character and made me who I am. It’s a passion that will continue to burn in me. For me it’s very important to be a true ambassador for equality. Everything is possible, that’s what I want to show women and girls. Together we are stronger!”

‘Everything is possible!’ Those words should definitely echo in everybody's mind. With her new award, Salima Souakri will for sure continue to be an amazing ambassador for gender equity.

Education and Development
2018 Beyond Sport, Humanity