Sierra Leone and Judo in Schools

Written by Jo Crowley on 08. May 2022
Share
There has been a Judo in Schools project in Sierra Leone for several years, established with the aim of encouraging children from all around the country, including those from deprived communities and schools, to practise judo as a sport. There is judo present in the capital of Freetown and other regional leading towns of Sierra Leone.

Judo’s moral code is a robust foundation on which to rebuild lives and facilitate the improvement of fitness, wellbeing and community cohesion, in all layers of society but having an especially positive impact in areas which are predominantly poor. Therefore, judo is a perfect addition to the school population of Sierra Leone, not only as a sport but for its promotion of positive values.

The latest Freetown Judo in Schools event was organised just a few weeks ago, at the end of February. There was a community judo demonstration and general judo education for local people about judo and it’s benefits. Hundreds of people gathered outside to enjoy their first experience of judo. The coaches present encouraged the crowd to join in and many parents were happy to see their children trying something new.

Idrissa Massaquoi is the Judo in Schools Manager for Sierra Leone and he was very pleased with the attendance, engagement and overall feedback. Future events of this kind are in the planning stages.

School judo projects are on the rise all over the world and Sierra Leone is just one example of the many countries, across all continents, where judo is having an impact on school aged children, leading to community awareness and inclusion. 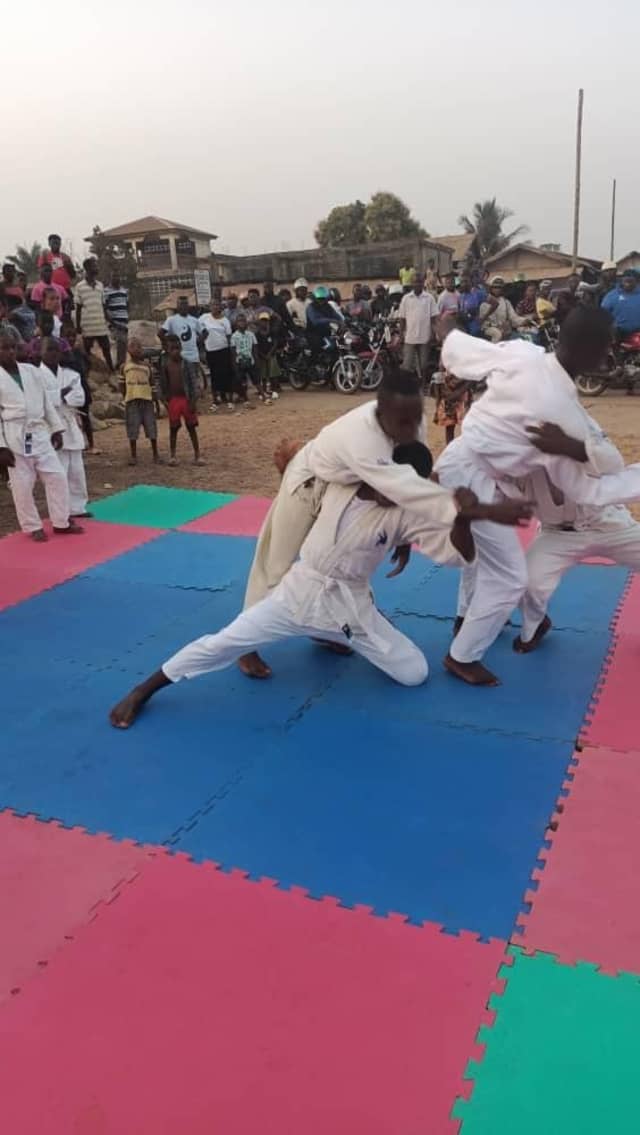 In Europe, the Erasmus SchoolJudo.EU project has been delivering its first classes to pupils in Hungary, Italy and Slovenia, through March and April, broadening the reach of judo and raising standards of instruction through dedicated coach education programmes. The long-term aim, for the years ahead, is to continue to upskill coaches, creating more Entertrainers to deliver beyond Europe and with such a great base, Sierra Leone could be an excellent candidate for the Erasmus magic touch.

For now, it is essential to celebrate the current successes in Sierra Leone, recognising the team of Idrissa Massaquoi and their commitment to development and the judo education of society’s youngest members.