Written by Nicolas Messner on 11. Aug 2020
Share
Many active players such as Ono Shohei or Abe Hifumi, and legendary judoka, like Inoue Kosei or Yamashita Yasuhiro and many other top judo players have come together for a special charity auction. 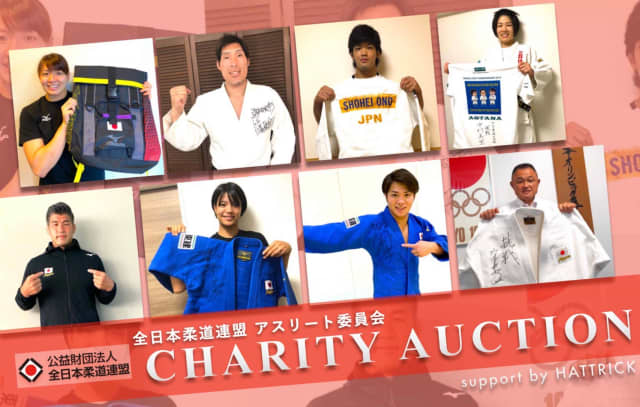 On July 4, 2020, the prefectures of Kumamoto and Kagoshima were severally hit by record-breaking heavy rain, causing a lot of damages. Many people were affected by the catastrophe that hit Kyushu and other parts of Japan. In many places, towns were devastated by the muddy stream and today about 1,400 people are still forced to live in shelters.

For those people, the place where they were living and had their memories, their hometown, has disappeared.

The community of Japanese judo athletes is leading a massive operation between August 10 and 30 to collect money to assist the people in need.

All products proposed on the website are official items belonging to top Japanese athletes, who signed them all and are full of joy, sweat and tears. This is the largest auction in the history of judo in Japan, showcasing personal effects of rare players that have been used at the Olympics and major competitions on the World Judo Tour.

You too can participate at https://auction.hattrick.world/top/41 and show that our whole judo family is mobilised.