Written by Mark Pickering on 26. May 2019
Share
Use #JudoHohhot to join in with the social media discussion

Former world bronze medallist Fanny Estelle POSVITE (FRA) won her first IJF gold medal after having a day to remember in Hohhot which culminated with an impressive win over Baku Grand Slam silver medallist Anna Maria WAGNER (GER). Two-time Grand Prix winner WAGNER was looking to achieve a hat-trick of titles at this level but finished second best after France’s former -70kg judoka stamped her name on her new division with an o-soto-makikomi after 29 seconds of golden score. POSVITE switched weights in March and has a deep domestic division to deal with in France but could be set for a late challenge for a Tokyo 2020 berth. 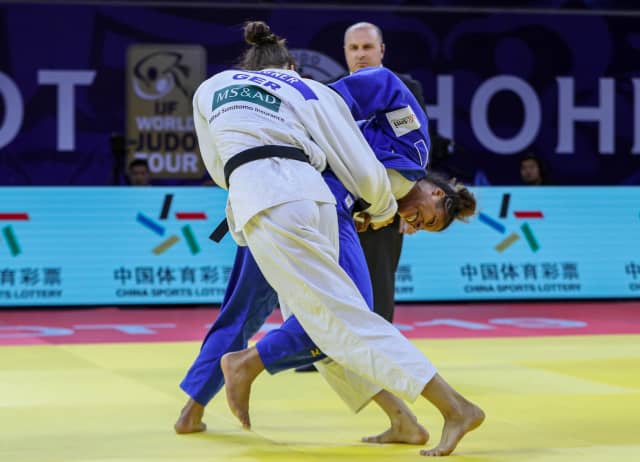 The second bronze medal was won by former world bronze medallist Kaliema ANTOMARCHI (CUB) after TCHEUMEO was disqualified for picking up three shidos with the third and final indiscretion coming in golden score. 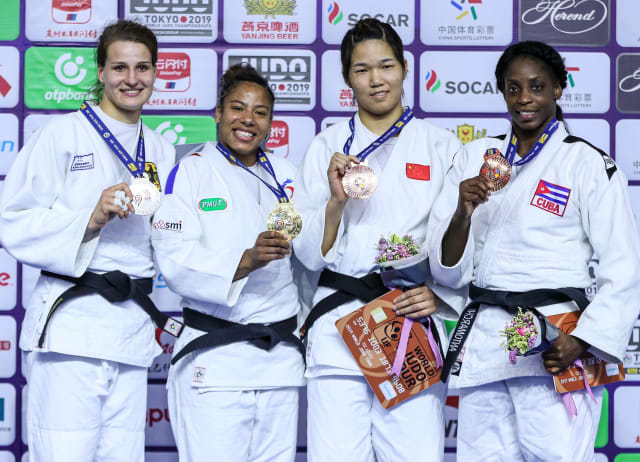 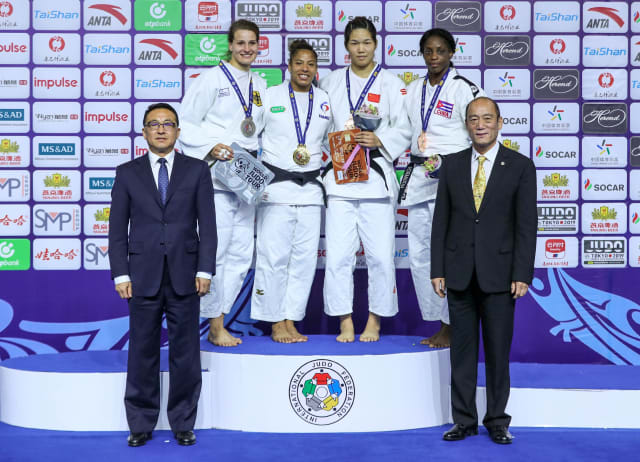 Heavyweight great Idalys ORTIZ (CUB) defeated Kodokan Cup winner AKIBA Maya (JPN) to win the women’s +78kg title in Hohhot. World number one ORTIZ, who is bidding for her fourth consecutive Olympic medal at Tokyo 2020 next year, had too much experience for Grand Prix debutant AKIBA who was disqualified after being penalised three times for passivity. 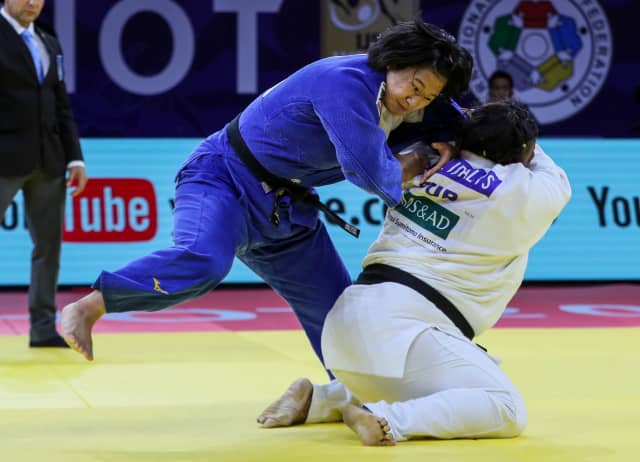 The first bronze medal was awarded to former Asian Open silver medallist XU Shiyan (CHN) who had the edge on TOLOFUA and triumphed by a waza-ari score which was the only score of the contest.

The second bronze medal was won by KUELBS who brought Cancun Grand Prix bronze medallist Kseniia CHIBISOVA (RUS) down onto her back with a ko-soto-gake for ippon. 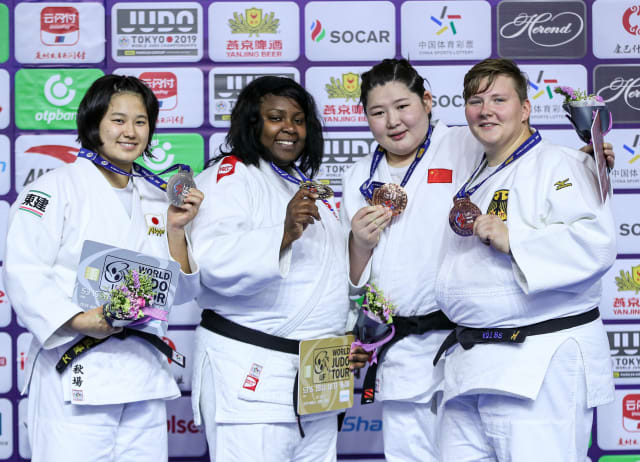 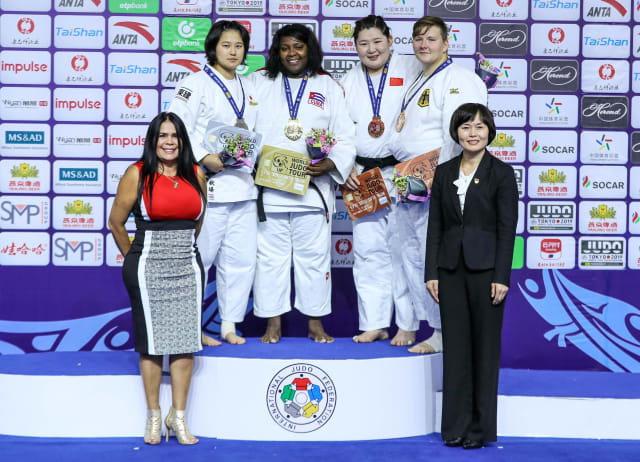 World bronze medallist NAGASAWA Kenta (JPN) defeated former world champion Nemanja MAJDOV (SRB) to strike -90kg gold in Hohhot. Japan’s number two in the category had the measure of Serbia’s standout with a uchi-mata on the edge of the contest area providing a waza-ari score which settled the final after four minutes. 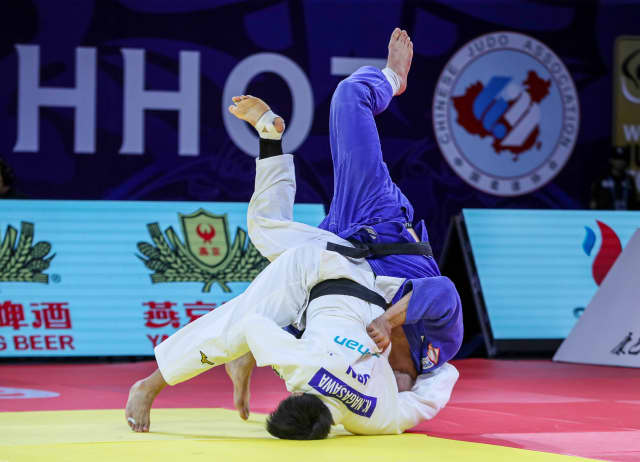 The first bronze medal was won by world silver medallist Ivan Felipe SILVA MORALES (CUB) against TRIPPEL in golden score with a o-soto-makikomi to open up the final block. 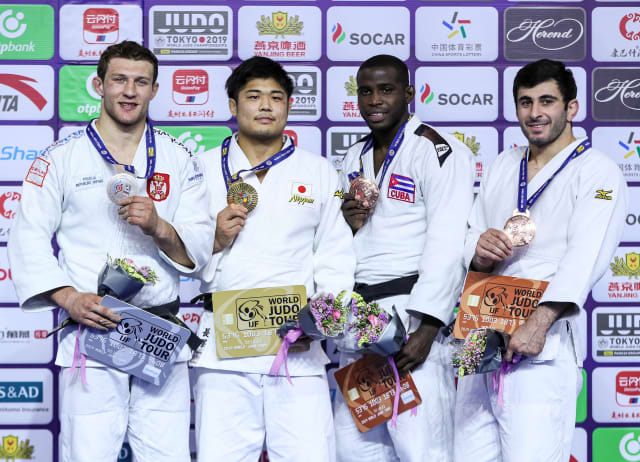 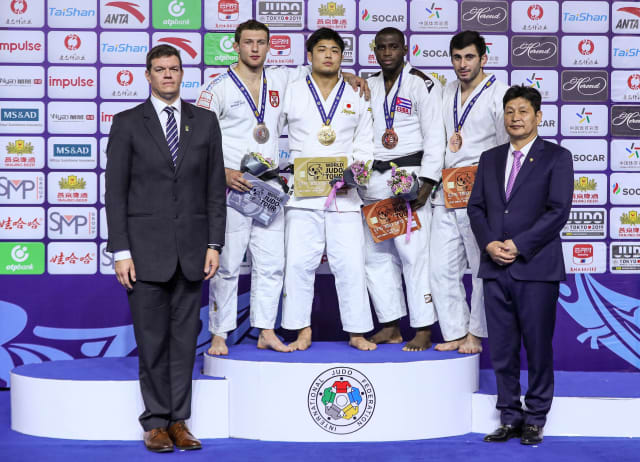 World champion CHO Guham (KOR) won his fourth Grand Prix at the expense of world number nine Ben FLETCHER (IRL) who was penalised for the third and final time for passivity. Hard-working CHO illustrated why he’s the owner of the red backpatch in the -100kg category as he won the first meeting between the two after a tactically astute performance where he kept busy and forced in-form FLETCHER to pick up his third penalty. 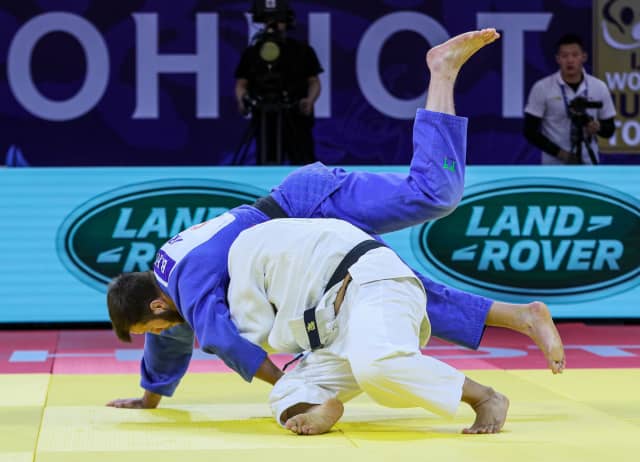 In the first semi-final CHO beat world number 18 Shady ELNAHAS (CAN) in the very last second with an emphatic ippon-seoi-nage while in the second semi-final world number five LKHAGVASUREN Otgonbaatar (MGL) lost out to FLETCHER in the closing seconds.

The first bronze medal was won by LKHAGVASUREN after Ekaterinburg Grand Slam winner Arman ADAMIAN (RUS) was disqualified after 74 seconds of golden score. ADAMIAN was penalised for passivity after his Mongolian rival stepped up his attacks in added time and the Russian could not respond in kind.

The second bronze medal went to former world silver medallist Karl-Richard FREY (GER) who launched ELNAHAS through the air with a ura-nage for ippon at the halfway point of the contest. 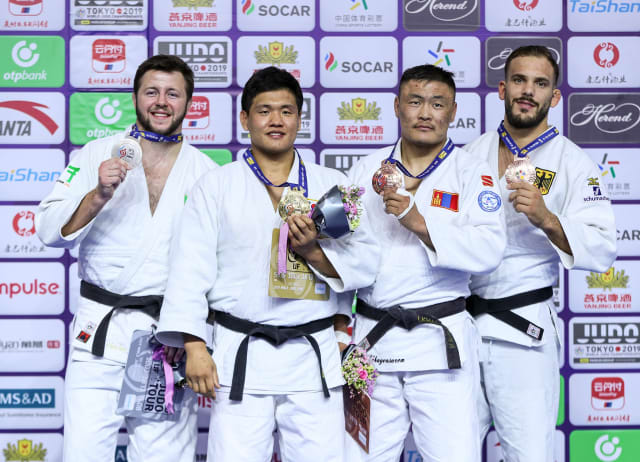 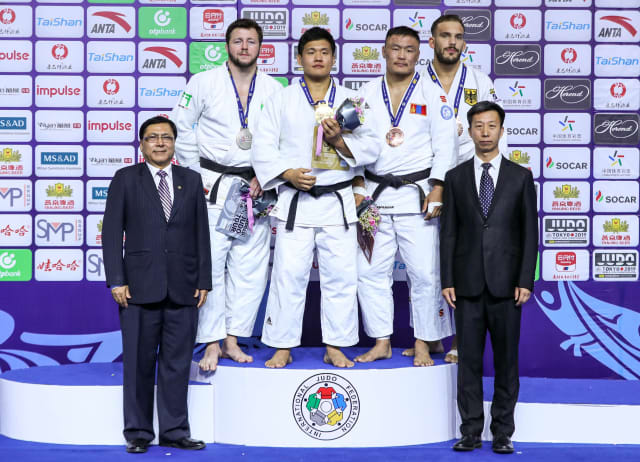 +100kg: Teen ace KIM makes a name for himself with win over Mongolian legend NAIDAN

Former Cadet World Championships winner and teenage prodigy KIM Minjong (KOR) pulled out all the stops as he beat Mongolian hero NAIDAN Tuvshinbayar (MGL) to register his first IJF World Judo Tour victory. Asian-Pacific Championships bronze medallist KIM, 18, threw the 2008 Olympic champion and London 2012 Olympic silver medallist NAIDAN, who turns 35 next week, with a uchi-mata for ippon with 24 seconds left on the clock. KIM sent his country top of the medal table with their fourth gold medal from the weekend as NAIDAN was denied a fairytale repeat of his 2018 win in Inner Mongolia. 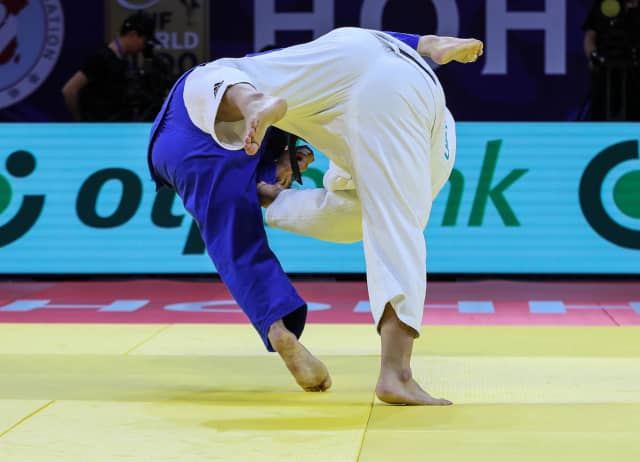 In the first semi-final Olympic champion Lukas KRPALEK (CZE) was shocked by KIM by a waza-ari score with three seconds left while in the other semi-final with Johannes FREY (GER) fell to local hero and living legend NAIDAN. 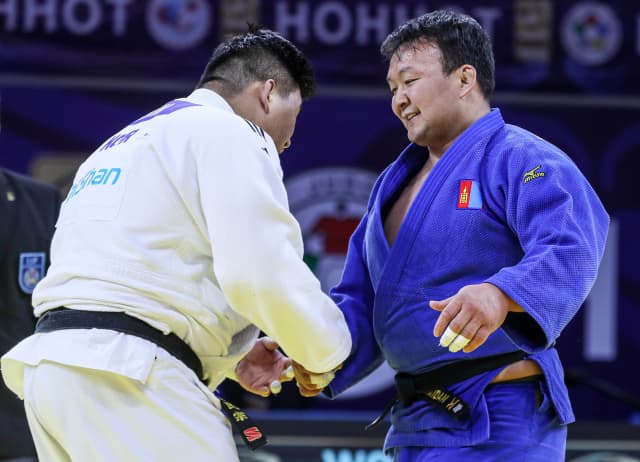 The first bronze medal was won by Tbilisi Grand Prix winner Levani  MATIASHVILI (GEO) who beat FREY with a picturesque throw for ippon.

The second bronze medal went to KRPALEK who outfoxed Portugal European Open bronze medallist Alen TSKHOVREBOV (RUS) in golden score. KRPALEK tried to employ his usually potent sutemi-waza but TSKHOVREBOV stayed firm before tiring in added time and was penalised for a false attack to send the favourite onto the podium. 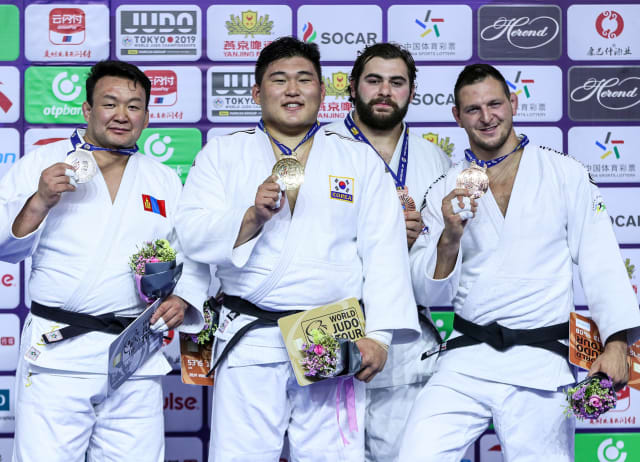 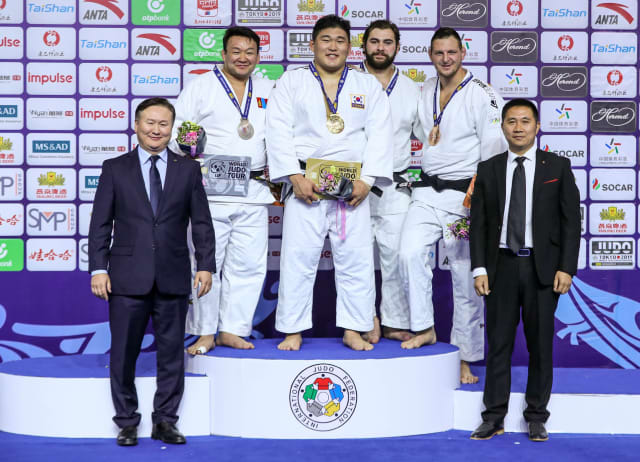