By Nicolas Messner, Gabriela Sabau on 23. Aug 2019
Share
When does a judo competition start? Officially as soon as the first 'hajime' are pronounced by the referees. However, for the 149 delegations engaged on World Judo Championships Tokyo 2019 Presented by PARK24 GROUP, everything starts a few days before this crucial moment, during the accreditation. 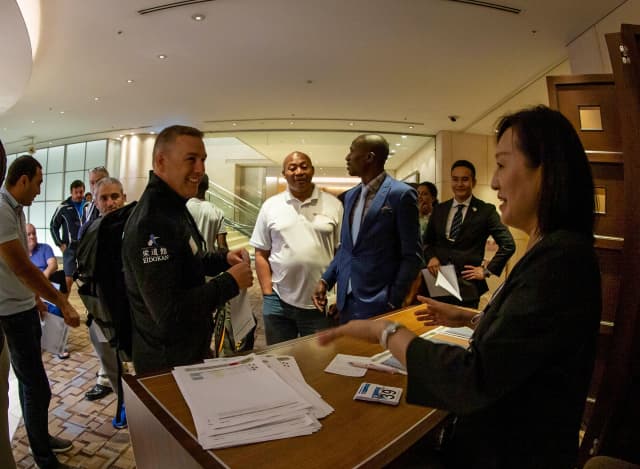 Like the opening of a new department store, early this morning, the first heads of delegation were already queuing in front of the Tokyo Dome Hotel's accreditation room, hoping to be among the first ones to get through the process, a procedure that will give them the precious name cards that will grant them the access to the Nippon Budokan in two days.

For Miryam Roper of Panama, this is not a trivial moment: "I have no official delegate to accompany me. With my coach, we need to do everything ourselves. So we can not afford to spend too much time waiting, because I have a competition to prepare. We were the first ones this morning, so we were able to take the necessary steps quickly.“ 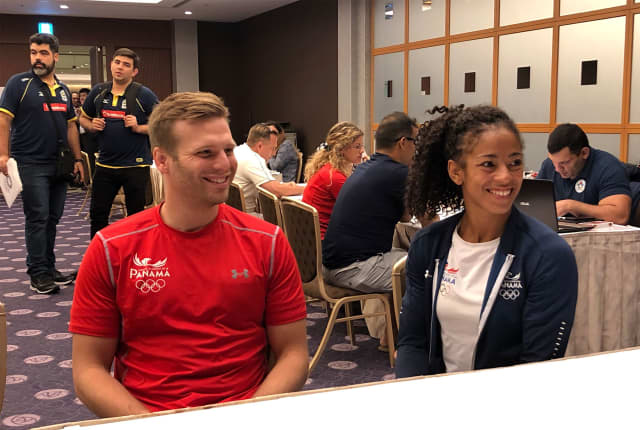 Maxime Lambert, Miryam's coach, added: "It's sure it's a time-consuming process. But in the end, Miryam is also very happy to be there. She sees all the people she knows. She receives a lot of hugs. She can take news and give some. There is a good atmosphere. We can not complain." Moreover, when leaving the room, the young woman was all smiles: "We just received a suitcase of medical equipment, it's Christmas!“

Shinji Hosokawa himself, World Champion and Olympic Champion, who is present for a meeting during the day, stopped in the room and naturally proposed his help to do the distribution of the medical suitcases, like a simple volunteer: "I'm just here to help" said the champion. 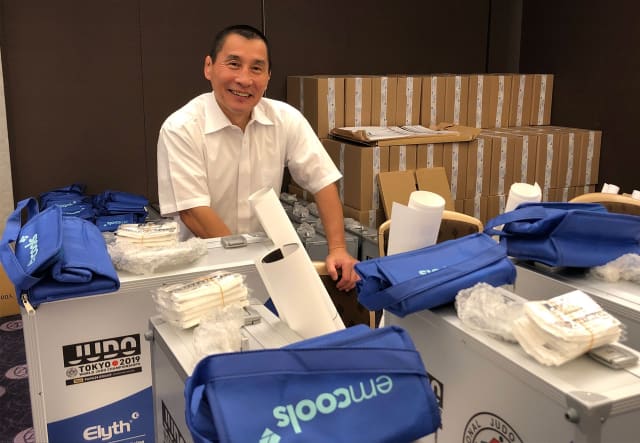 In between two delegations arriving, Elisabetta Fratini, put some make up: “You know, we are the first ones the heads of delegation see. We distribute a lot of kisses and hugs throughout the day. We have to welcome them properly. It's actually one of the nicest moment of the competition. We have time to talk a bit with the coaches. We know everyone. We learn how the journey went so far, we know the story behind each name.“

For Lisa Allan, IJF Competition Manager, the accreditation is a crucial moment: “This is our control process from an inscription point of view. We can check who is actually here to compete and prepare the lists for the draw. But it is also important from an organisation point of view as everything about accommodation and transport can be validated. It's simple procedure, but it has to be done properly. From the accreditation on, we can proceed to the next steps. It's also a moment, when we can give important information to the delegations. For some of them, it's the first time, they come to an event like that, they don't necessarily know what to do, but we are here to help.“

Nicolas Gill, head of the delegation for Canada, only a few weeks ago was on the other side, the one of the organizers, during the Montreal Grand Prix: “There is definitely more work to do on the other side. In Montreal, I had to make sure that everything worked smoothly and that there was no issues for the delegation. Today I simply have to check that our list is correct, and then go through the procedure, one table after an other. I do not envy the organizers here. To make sure that at the end of the day, the 149 delegations will be accredited is a difficult task. I don't know how they will manage, but what I can tell you, is that they will.“ 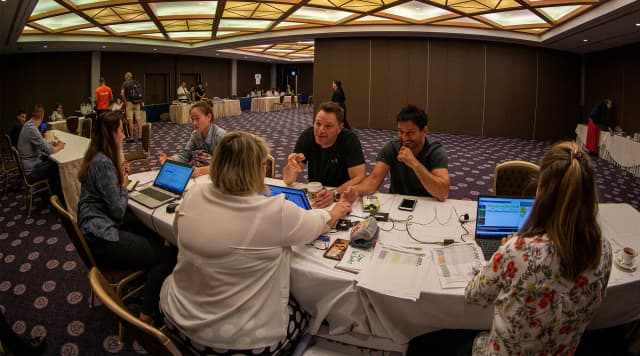 Accreditation is not just to make a few signatures to receive the precious sesames. Just before receiving the medical suitcase and going out, each delegation has to go through the position of Andrea Ember of the IJF Medical Commission who gives information on anti-doping: "All teams that have athletes who are likely to enter the Olympic quota are informed on the subject. Their athletes must be part of the national pool or the IJF pool list, so that any athletes competing in the Olympics next year will have been tested."

Finally, as a preview of the Tokyo 2020 Olympic Games, the heads of delegation can collect information from the Athlete 365 booth. All day and also during the first days of competition at Nippon Budokan, Katharina Haue and Pedro Cunha from the International Olympic Committee are here to show the official torch of the Games, and to share experience and knowledge with the delegations: “It's a platform for athletes and staff. We are here to engage with the participants before the Olympics. We have a quiz, goodies to distribute. It's a good way to promote de Olympics and we are happy to be able to do that on the occasion of the Judo World Championships here in Tokyo.“ 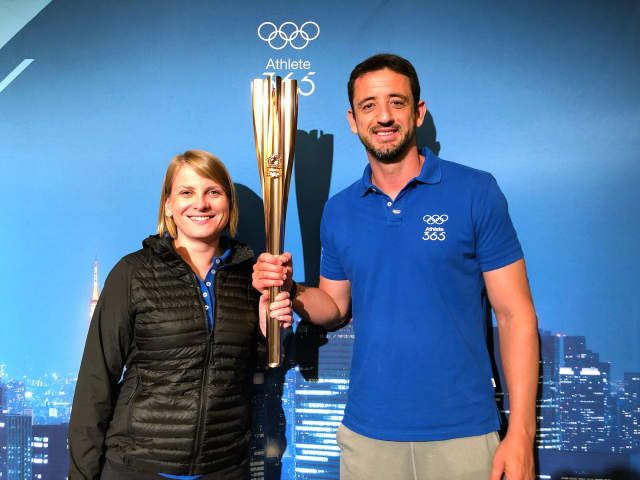 For some, the accreditation is complete, outside the room, people are still queuing. For several more hours, the 149 delegations will come and proceed through the room, calmly and methodically to get the card that all participants will from now on have around the neck permanently, except when it will finally be the time to get on the tatami. The fever is not about to decrease.

History
Nippon Budokan, Where the Judo Legend is Written