Written by Pedro Lasuen on 24. Jul 2021
Photographs by Gabriela Sabau, Emanuele Di Feliciantonio
Share
At 12:22pm Japanese time, Artem Lesiuk faced Uzbek Sharafuddin Lutfillaev on mat 2. At 12:25pm, Daria Bilodid entered the field of play on mat 1, against Serbian Milica Nikolic (SRB). Two Ukrainians fighting in unison and trained almost in unison too, because, for one day, the -48kg and -60kg categories were a family affair. 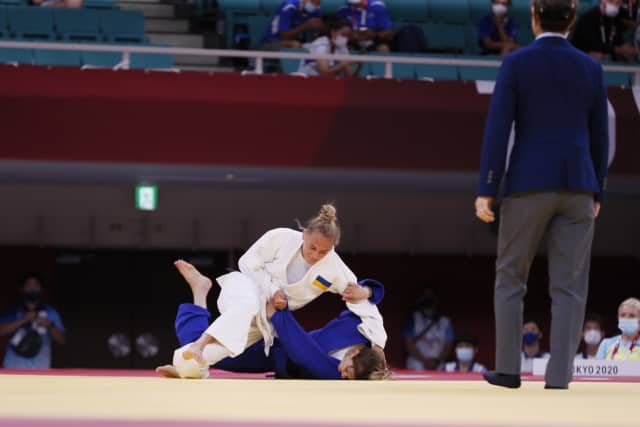 Both bouts were rough and both reached golden score. While Svetlana remained attentive to what Daria was doing, Genadiy had it more complicated because he was focused on Lesiuk, but with an eye on his daughter, because a father is a father. 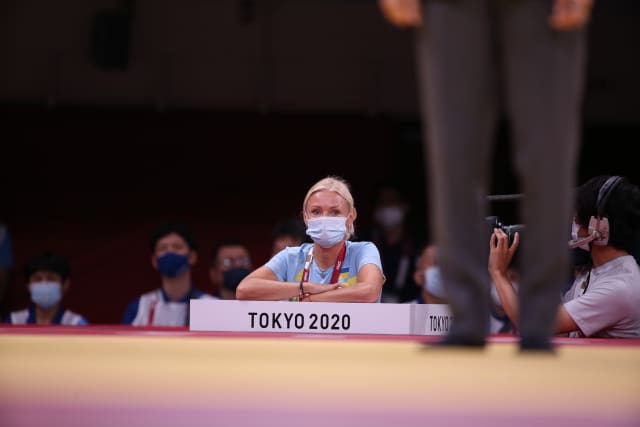 It was Daria's first match at the Olympics. She suffered; it was anything but easy, but she showed her talent for a fraction of a second by scoring a well-timed and authoritative waza-ari. Her mother showed joy and her father too. Genadiy couldn't help staring and bursting with glee. Three seconds later Lesiuk eliminated Lutfillaev. Genadiy celebrated it in the same way. They were five very interesting minutes but we don't wish anyone the stress of the mother and father, especially the father, because for once his mission was two fold. 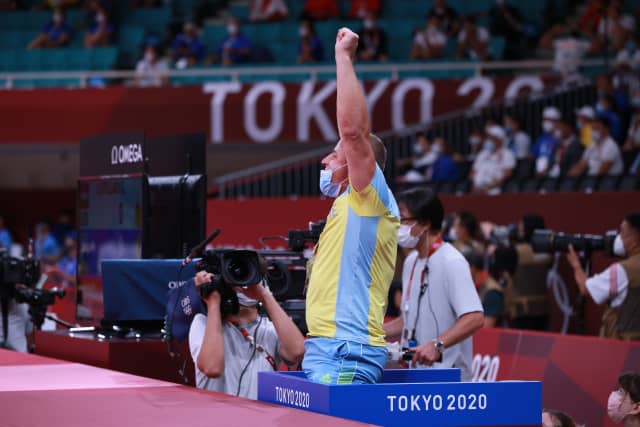