The Death of Henri Courtine, the First French 10th Dan

Written by Nicolas Messner on 22. Feb 2021
Share
On 10th September 2007 he became the first and only 10th dan in the history of French judo. Henri Courtine died on Saturday at the age of 90. The entire judo community extends its most sincere condolences to his family and loved ones. 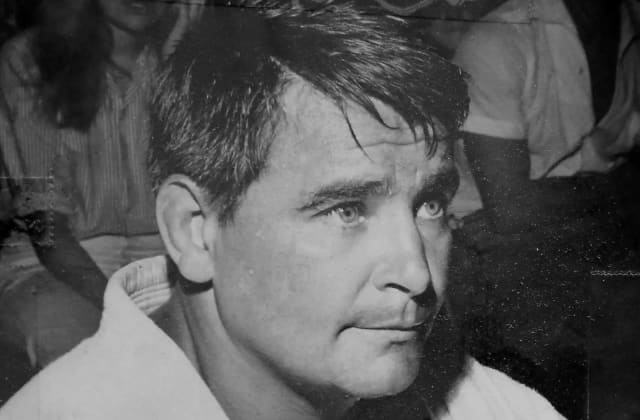 Henri Courtine was a special figure of French and world judo. The first 10th dan in his country, he was also considered one of the first great stylists of judo, one of the first champions and he was the first national technical director in France. Analysing the development of judo in the country and its popularisation cannot therefore be done without associating it with this outstanding figure of French sport.

In 1966, he became the first French 6th dan, along with Bernard Pariset and the same year was appointed National Technical Director of the French Judo Federation, before becoming its administrative director.

From 1979 to 1987, he was the Sport Director of the International Judo Federation.

When he was promoted to the rank of 10th dan, Henri Courtine said, “With judo, I learned, I got better, I lost, I won. In '54 I was the best, in '55 I was worthless, but that was a long time ago. The responsibilities I took there forced me to go back to school. Today my book is finished. At my age I wouldn't dare to give a technical demonstration, out of respect for the discipline. Tenth dan? Nothing has changed. I will continue, as judo taught me." (L'Esprit du Judo - December 2007).

The man's modesty is on par with what he has accomplished during his career, both as an athlete and as a manager and leader. Thank you Mr Courtine for everything you have contributed to French and international judo. Rest In peace.

Story
Marie-Paule Panza: On the Road to Transmission