Written by Nicolas Messner on 06. Dec 2021
Share
Mr Francois Saade, President of the Lebanese Judo Federation, has been presented with the IJF Gold Medal. The ceremony took place on the occasion of the Asia Oceania Cadet & Junior Judo Championships, which was held in Beirut just a few days ago. 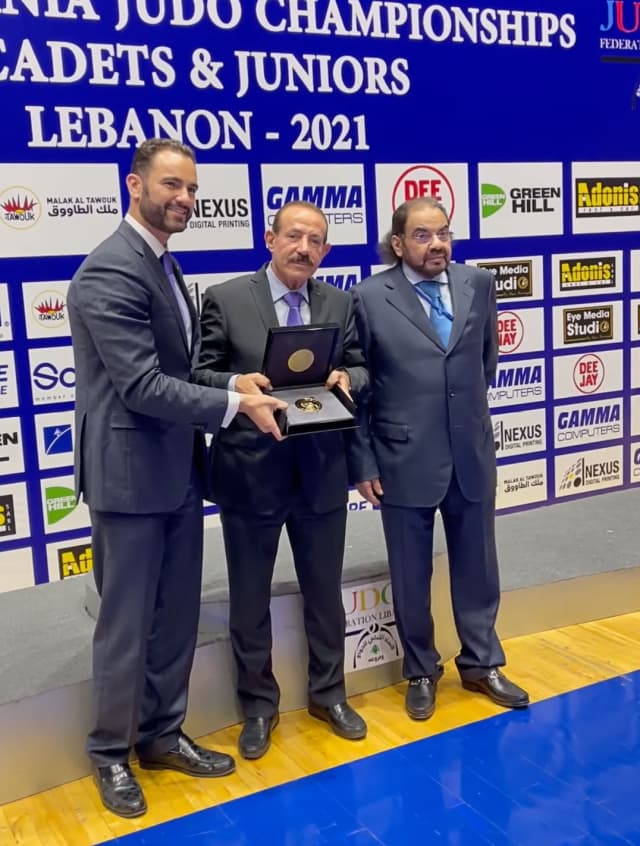 The IJF Jigoro Kano Gold Medal, which is the highest award of the International Judo Federation, was presented by Mr Vlad Marinescu, IJF Director General, who was representing the IJF President, Mr Marius Vizer.

Despite the difficulties that Lebanon is facing, judo, under the leadership of its president, has never been so dynamic, organising major events such as the Asia Oceania Cadet & Junior Judo Championships as well as educational activities throughout the territory.

Judo for Peace
Beirut Blast: What Else Can We Do?