The most inspirational story of 2017

Written by Mark Pickering on 01. May 2017
Share
Young Brazilian judoka Cicero Gomes de Souza, a student of the Spring Judo Association Craques do Amanhã Project in the city of Primavera do Leste, Mato Grosso, won bronze at the Brazilian Regional Championships in April. 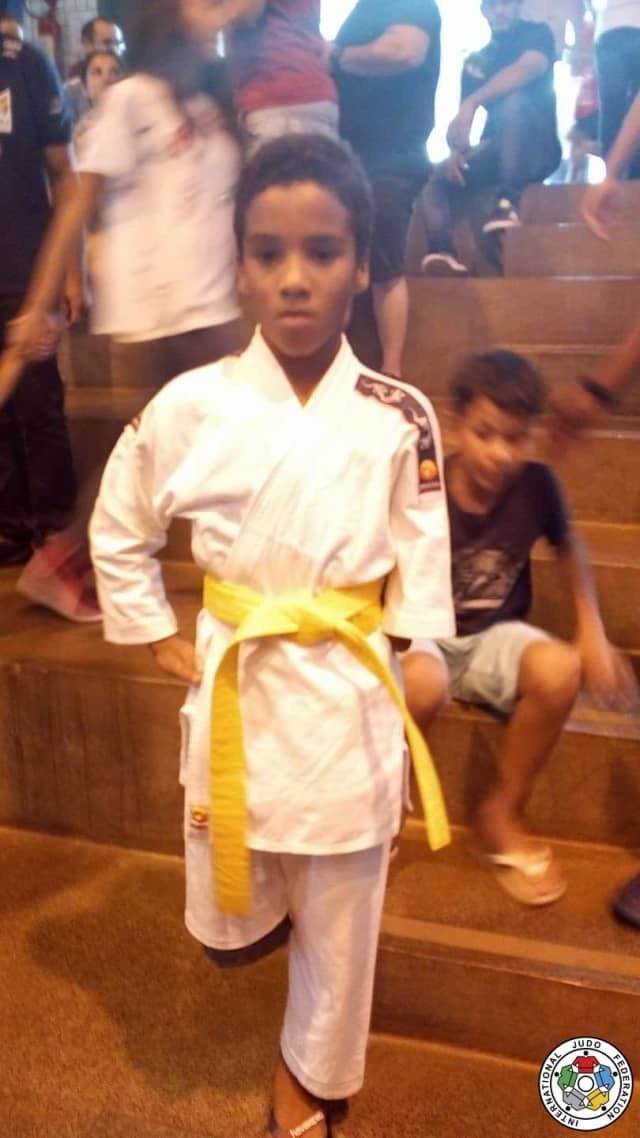 That may seem like an ordinary accomplishment for a budding judoka. However, Cicero, 11, was born with congenital limb defects and has upper and lower limb reduction including his hands and his right leg which is mostly missing.

Cicero lives with his mother who is deaf and his grandparents. His grandmother works two cleaning jobs to support the family who moved to Primavera do Leste in Mato Grosso in search of jobs and a better life for all.

With the move Cicero was able to find judo through invitations from classmates and started to practice the sport in 2015. 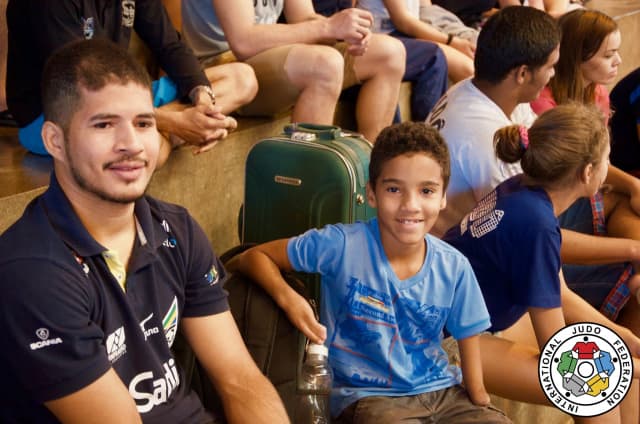 Professor Ray Nunes sensei gave Cicero full support and encouraged him to start and continue practicing judo, even with difficulties but he accepted the challenge and trained three times a week in the project classes where he found a place of hope within sport.

Nunes said: “Seeing the dedication of the student led us to a state stage in the next city in able-bodied categories and Cicero showed his talent. In front of the opponents Cicero applied uchi-mata and went through the selective phase of the Regional Brazilian Region IV that happened in Brasilia in the Federal District.

“Cicero entered once again on the mat and made a great fight projecting his opponent by ippon. The crowd was elated with what they saw, a humble and persevering child.”

The IJF approached one of the Brazil’s most decorated judoka Leandro Guilheiro, a role model and icon to judoka in his homeland and around the world, to share his thoughts on young Cicero and to record a special video message for his inspirational compatriot.

“Hello Cicero, this is Leandro Guilheiro, I believe everyone from the judo community has had the opportunity to watch your video and you really impressed us. Not because you won bronze, but because of the way you fought.

“Thank you for this example and good luck with your judo.” 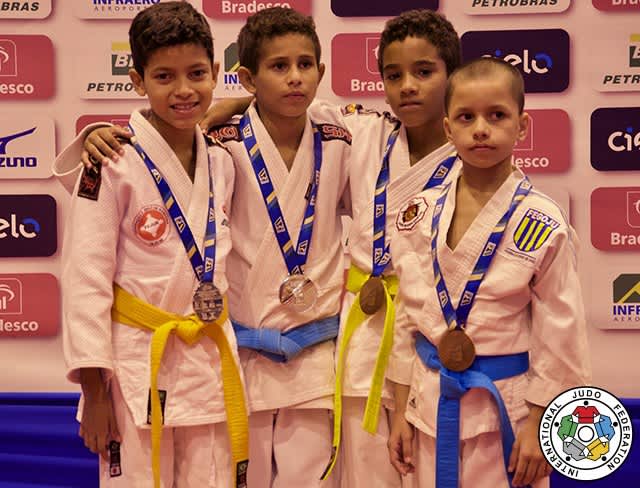 Cicero on the podium with his fellow medallists.

For more information on judo in Brazil visit www.cbj.com.br/