The Smiling Judoka: A Technical Study of Eduard Trippel

Written by Jo Crowley on 28. Nov 2022
Photographs by Gabriela Sabau, Emanuele Di Feliciantonio, Tamara Kulumbegashvili
Share
“I’m the guy that smiles before the fight,” read Eduard Trippel’s Instagram bio after winning his incredible silver medal at the Tokyo Olympics in 2021. The German’s infectious grin, which grew wider with each fight that day, captured the imagination of judo fans across the world as he threw his way past four former world championship finalists, succumbing only to the powerful Lasha Bekauri of Georgia in the final. As was joked by many after that final, “He was there for a good time, not for a long time.” 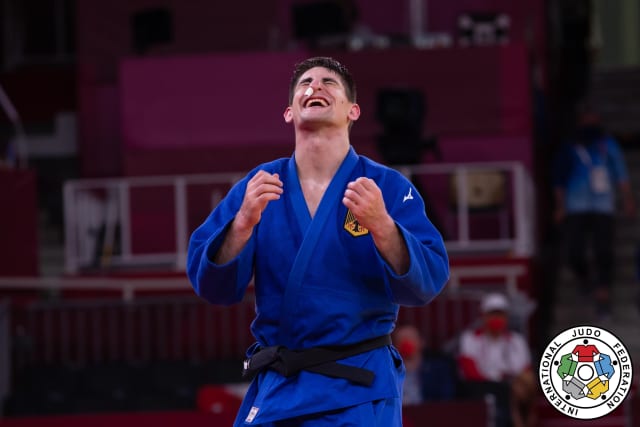 Eduard Trippel winning the semi-final of the Tokyo Olympic Games, 2021

It wasn’t just the Rüsselsheim judoka’s positivity that made him stand out at the Nippon Budokan that day, but also his fearless, yet playful, attacking style of judo, a playfulness which can go missing from some players at the Olympic Games. Olympians can become defensive, for fear of making a mistake and ending their Olympic dream prematurely. Trippel, however, came out all guns blazing, not afraid to hunt for the win, and it paid off in droves, winning him an Olympic medal and many new fans in the process. 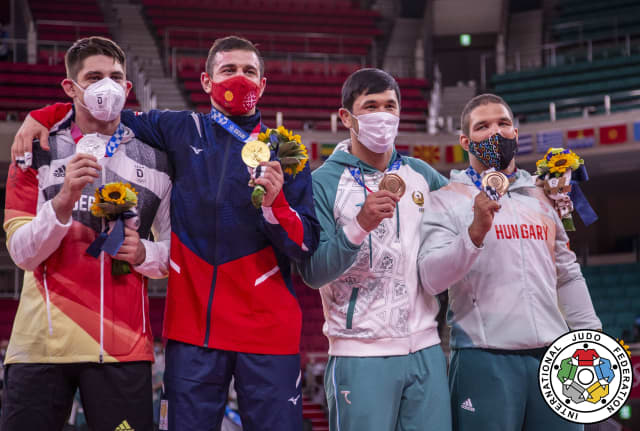 In fact, Trippel is something of a judo maverick. An all-rounder, he is one of few judoka who are truly two-sided. Though gripping right-handed naturally, he can throw equally well on his left and right sides and in all directions and he is often clinical in ne-waza. Though more than capable of outgripping opponents, often he will attack from any grip he can get, making him unpredictable. Despite his somewhat slender physique, his vast technical repertoire and unregimented style has allowed him to overcome even the most physically and technically strong athletes in a stacked under -90kg category. Very few of his fights are won or lost by shido, making them thoroughly enjoyable for the spectator, regardless of the outcome.

Soto-makikomi can be a strong but ugly technique, where a lack of kuzushi causes tori and uke to collapse into the mat, but in the hands of Trippel it can be a thing of beauty. It is his self-labelled special technique and in the spirit of the all-rounder, he is most effective with it on his left side. With his hand on uke’s left lapel, but unable to catch uke’s right sleeve, Trippel launches himself into the space between him and uke, pivoting over 180o on his advanced right foot, wrapping uke’s arm tightly and winding throughout for a very powerful throw. 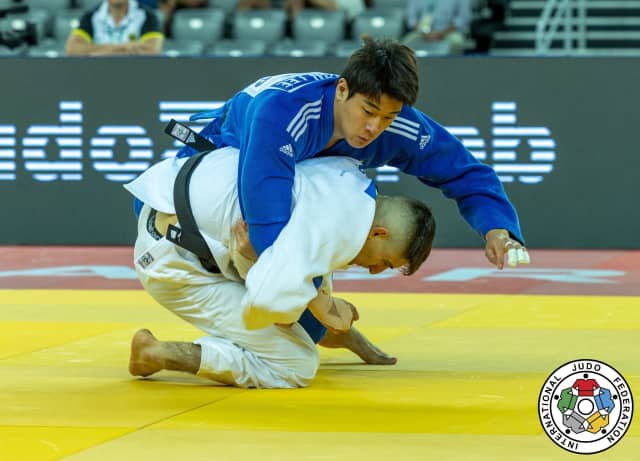 Trippel has several hip throws in his arsenal, which usually differ as a result of the placement of his right hand. From the lapel and sometimes from an over-the-top grip, he can score with an elbow-up tsuri-komi-goshi, dropping his hips very low to bypass his opponent’s resistance. From a belt or round-the-back grip, he also a has a forceful tsuri-goshi or o-goshi. Using the traditional principles, he either draws his opponent round onto his hip in a circle or follows a side-stepping opponent before turning in and catching them on the apex of his hip.

Another peculiar but very strong technique that Trippel has executed in competition is a dropping version of sode-tsuri-komi-goshi. Uke grips his right sleeve tightly with both hands in an attempt to pin it. Meanwhile, Trippel cross-grips uke’s right sleeve and then grips under the armpit dropping quickly underneath to his left, utilising uke’s grips to give himself a stronger pull. This odd set of grips results in a dynamic throw and wild trajectory for uke, that more closely resembles a drop seoi-nage. Also, Trippel also has an uchi-mata that would make any Mongolian or Georgian judoka proud. 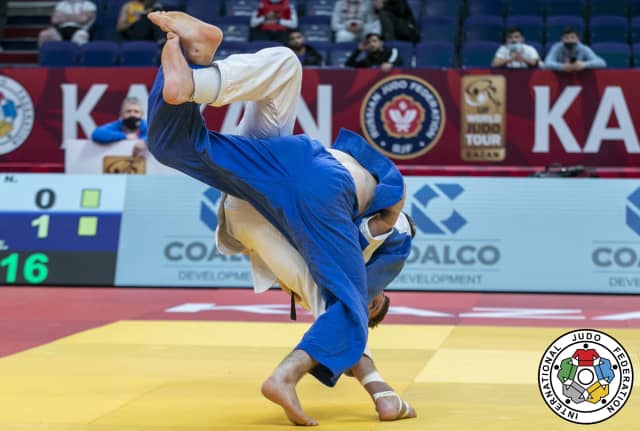 Trippel’s relaxed and flowing style allows him to respond quickly to his opponents’ attacks and often counter with ease. He frequently uses both sumi-otoshi and uki-otoshi not only as counters but also as direct attacks. With a dominant grip on his opponent in ai-yotsu, both judoka using a right stance or both standing left, he baits them into attacking with a weak sasae-tsuri-komi-ashi, for example, before leaning into them and throwing them backwards with sumi-otoshi. He often combines this with a ko-soto-gake for maximum throwing power. His nifty uki-otoshi was created as a variant of sasae in ai-yotsu. Rather than trying to block uke’s distant back leg, he attacks the front leg instead with his right foot before chasing uke around in a circular movement and pulling strongly with his right hand to finish the throw.

Though his defence in ne-waza is sometimes lacking, Trippel’s ability to create something from nothing on the ground is impressive. 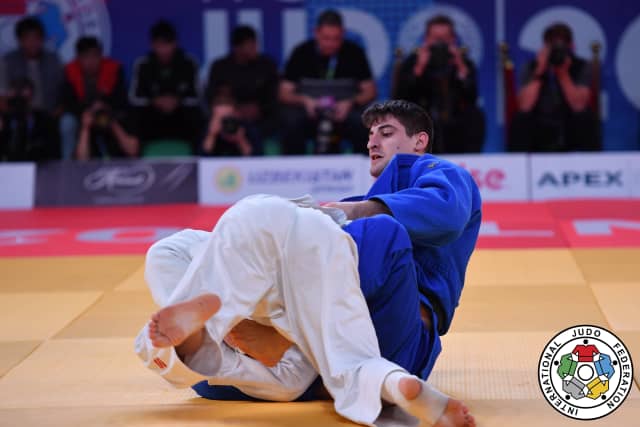 Getting to work in ne-waza, World Mixed Teams Championships, Tashkent, 2022

Like many current players on the world tour, his repertoire includes juji-gatame and sankaku-gatame from various positions and a few turnovers, but he is particularly adept at using strangles with uke face down, such as okuri-eri-jime. While this technique is often used as a counter to a failed dropping attack, Trippel begins the technique without a grip. He hooks in with one or both legs on a face-down opponent and effortlessly slides a hand in to seize a low lapel grip, taking advantage of the fact that the strangle doesn’t require the initial grip to be tight, before readjusting and curling his opponent to apply it using his legs. On occasion he has upset the odds with this skilful application to beat a much higher-ranked opponent.

It’s true that Trippel’s open style of judo sometimes backfires for him at the highest level but it’s this style and flair that makes him one of the most entertaining players competing at the moment. Despite not having any major titles to his name, he has been fairly consistent since he first appeared on the IJF world tour, with no less than fifteen top 8 finishes, including 8 medals; most recently a solid bronze at the 2022 Zagreb Grand Prix. His dream-like Olympic silver gave the world a taste of his capability and now he’s coming back to Tokyo, to the city where he made his biggest mark to date. 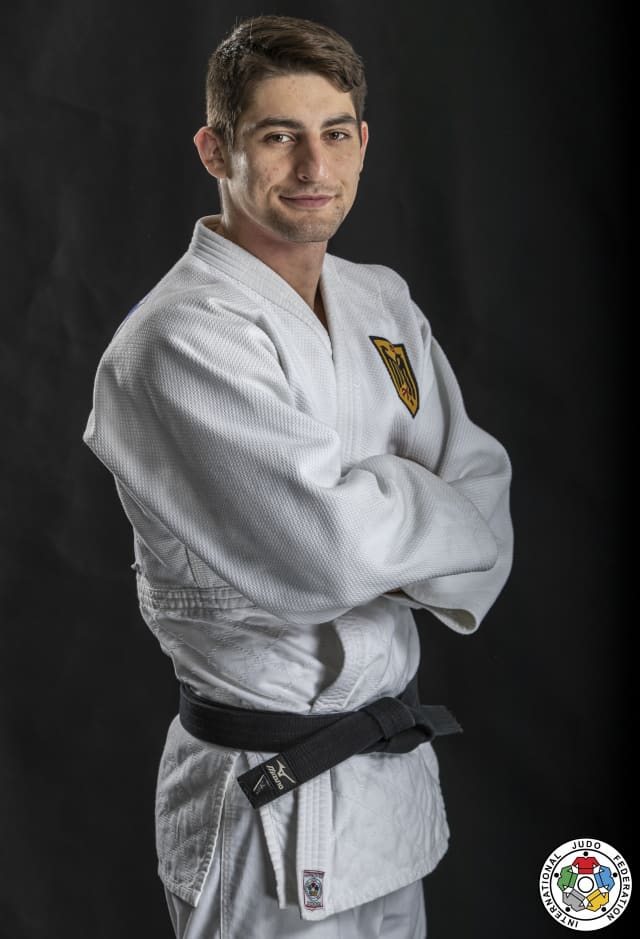 The Tokyo Grand Slam never disappoints and this year Trippel will be in the starting line-up among the ones to watch.