The Spirit of the Samurai

Written by Nicolas Messner on 13. Oct 2020
Share
We have put Rusty Kanokogi's fights firmly in the spotlight; a lady who was the instigator and organiser of the first Women’s World Championships in 1980 in New York and who was at the origin of the emancipation of women in judo. It is mission impossible if one thinks that she was alone to fight against society and the mentalities of the time. Throughout her life, she knew how to surround herself with personalities who inspired her and supported her through thick and thin. Ryohei 'Roy' Kanokogi was without a doubt her most unwavering supporter. We met the one who shared much of Rusty's existence and who for many years after his wife passed away retains a vivid and emotional memory. 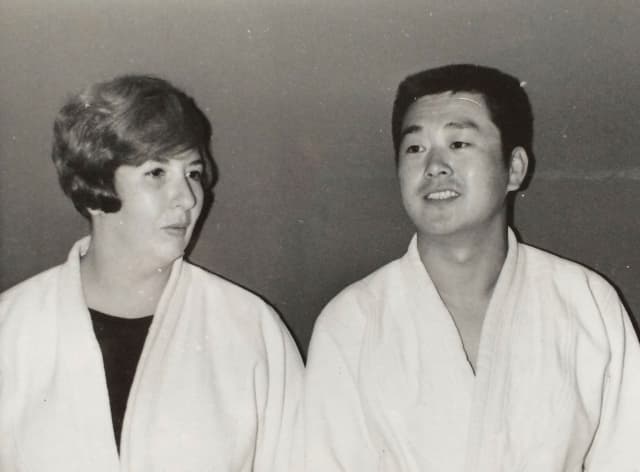 Before meeting Rusty, Ryohei was a high school champion in Japan, “Before doing judo, I used to get bullied at school. I would come home with marks on my body and say that I had fallen, but once my father understood, he decided to take me to judo. The first thing that impressed me when I entered the dojo was the sound, the sound of the ippons. It was amazing. That bang!"

Practising judo in post-war Japan was not easy. In the aftermath of the world conflict, martial arts were prohibited in the country, “Judo was quickly able to resume though, because the values it conveyed were useful to society. At that time, I used to train three times a week and each time, we had to walk almost an hour to reach the dojo. It was not easy, because we only had shoes with wooden soles. At the beginning there was also no real tatami, as we know them today and we practised almost on the ground. In my family, though, which descended from a line of Japanese warriors, we had the spirit of the Samurai running through our veins and I really liked judo, so anything was possible."

Ryohei Kanokogi, before meeting his future wife, Rusty, when she went to Japan for the first time, was therefore a distinguished judoka, having won several medals at national level. Coming from the Kumamoto region on the island of Kyushu in the south of the archipelago, he was also a karate champion and later attended Nichidai University as a member of the judo team, before he became a coach. 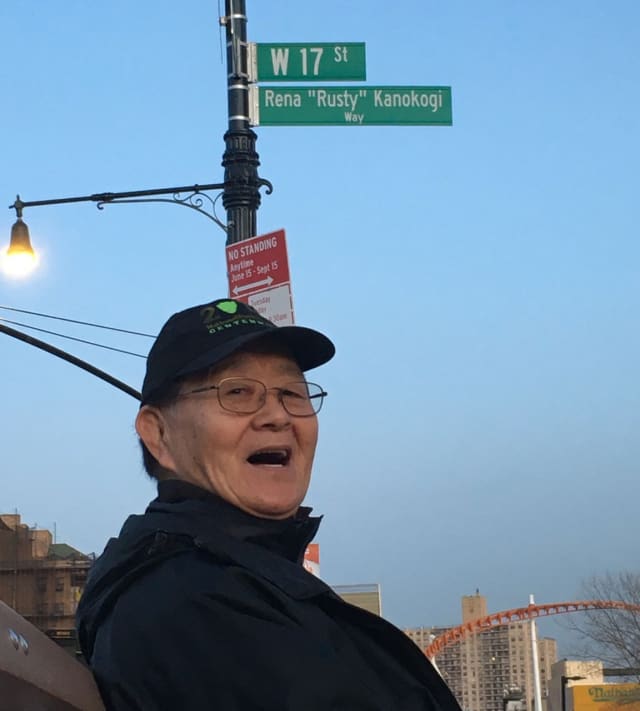 Over time, he acquired the reputation of being particularly courteous, a quality that he also demanded of his students and a quality that we still recognise today when we have the chance and the honour to meet him. The years have gone by and the last few months have not been easy, yet he remains smiley and affable, “You know, with this Covid-19 crisis, I kinda feel like I'm in prison. I haven't been moving around since January, so I'm always happy to meet people, even if it's through a video call and I'm happy to tell you about those wonderful years we spent with Rusty." The stage is set.

Even though he says his memory is failing a bit, Ryohei Kanokogi remembers his first encounter with Rusty vividly, “Hahaha, she was crazy. Anyway, that's what we kind of thought when we first saw her at the Kodokan. She trained non-stop, was always willing to do more. She was particularly respectful of the rules and values of judo in Japan, but she obviously wanted to bring down the barriers of misogyny. At that time I was a bit like everyone else and I didn't want to touch her, to be around her and to train with her. It was as if she had just come from another planet, but little by little I saw what this woman was doing and I have to say I was impressed. In 1963 I had the opportunity to come to the USA. We got married and I'm still here. Hahaha."

When Rusty arrived in Japan, it must be said that judo and sport in general was an almost exclusively male universe, “From the moment I started to support Rusty and her 'crazy' idea of allowing women to practise on the one hand but also to compete on the other hand, I quickly had the impression that everyone was against me. I was even asked if I could make her shut up. It was brutal, but I had chosen my side and it was Rusty's. In Japan at that time, women were afraid to do judo." 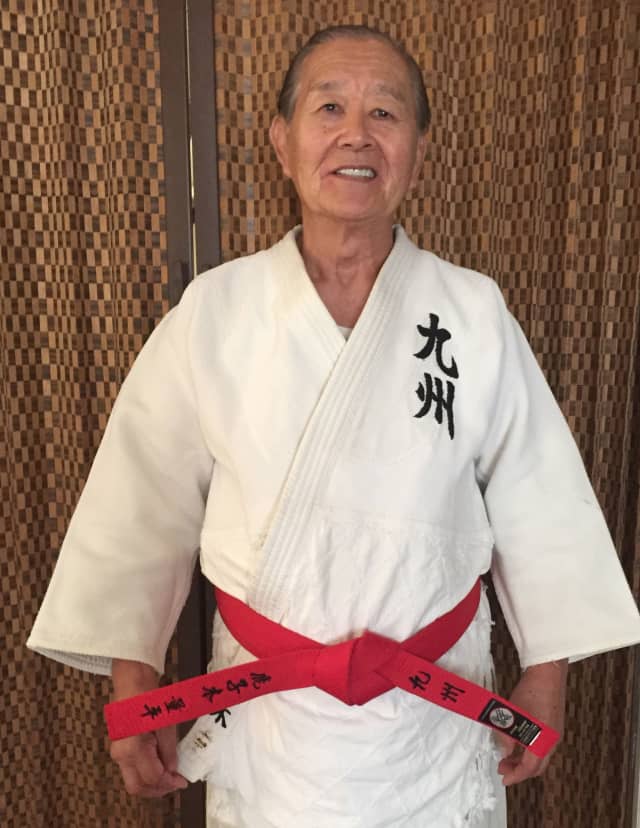 If we rightly shine the light on Rusty Kanokogi's tremendous work, we must not forget the unwavering role of support that Ryohei played throughout her life and that he continues to promote today by speaking about his wife with love, “When she started talking about organising the first Women's World Championships in New York, I told her that if she does that I will do everything to support her and to bring her a Japanese team."

After moving to New York, Ryohei got involved with his wife to develop judo, “We taught in several schools and many of our students became very good judoka. Very quickly, we wanted to open our own dojo. As I was originally from Kyushu, the name was obvious and we opened the Kyushu dojo in the heart of Brooklyn. In those years, it was a very difficult neighborhood, plagued by violence and in the hands of traffickers of all kinds. However, I must say that no one has ever bothered us and we have been able to develop our activity with total respect for and from the community. We can even say that some young people who could have gone wrong, found the right path thanks to the work we were doing." 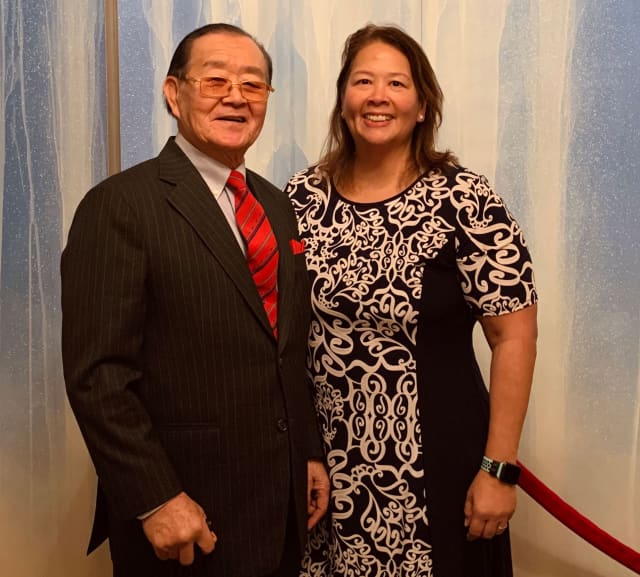 Ryohei Kanokogi and his daughter Jean

The man is modest because the work undertaken in New York ended up attracting a good number of personalities from the world of judo such as Mr Yamashita or Mr Uemura from Japan, champions like Ingrid Berghmans from Belgium and national teams like those from France or Germany, to name a few, “We have always had a lot of visitors in our dojo. This was obviously linked to Rusty's aura as well as to what we were doing every day on the tatami. Judo is a great school of life. In our neighborhood, where we had serious social difficulties, we made a difference. During all these years, I often thought that Rusty was a little bit crazy, but I loved that we helped moving mountains. We took children who had everything against them and we made them good people. For twenty years at the helm, that was our philosophy and our guide.”

When the idea of organising the world championship took shape, it was once again necessary to make the impossible possible, “It must be said that almost everyone was against it and we had to organise ourselves alone. Rusty worked 24/7. She never slept. She activated her contacts all over the world. She set up a petition which collected thousands of signatures. Sometimes I wanted us to talk about other things than judo, but that was impossible. It was just judo, judo and we would always come back to judo. We had the support of the IJF president, Mr. Charles Palmer, but when it was Mr. Matsumahe who became president, we were afraid that the support would stop. But Matsumahe supported us without any doubt. One day he said to us, ‘You know, I may be an old man, but I'm young on the inside,' and Rusty replied to him, ‘yes, you are very young indeed'." 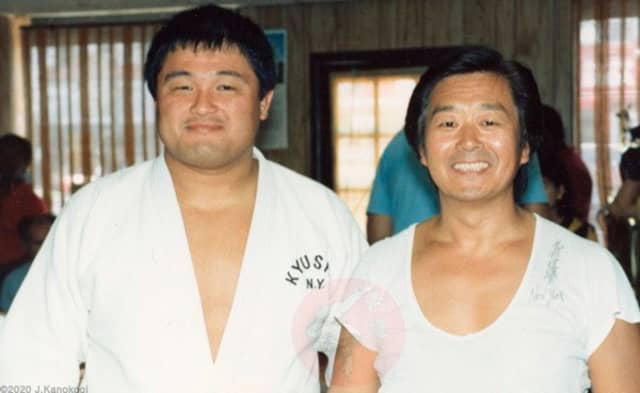 Being the husband of a woman like Rusty Kanokogi required commitment, “She had extraordinary energy. I didn't always understand where it came from. She was amazing. I reassured her when needed, and we walked hand in hand. I was really very proud of her. Every year we were invited to the White House, thanks to our tenniswoman friend Billie Jean King. Rusty took the opportunity to sell judo and especially women's judo on every occasion, including at the White House. She was an ambassador like no-one else. She kept saying over and over, ‘If men have it, women must have it too.' She was just right."

Through his own experience and the years spent in the company of his wife, Ryohei Kanokogi has acquired a solid philosophy of life, “Judo is about sharing. If you don't learn how to share, you cannot become a real judoka, but if you don't know how to do it, that's okay, we're here to teach you. What is certain is that if you are nice to people, people are nice to you. In judo, it is not possible to practise alone. You need others. This is what we find perfectly in the mottos of judo: Jita Kyoei and Seiryoku Zenyo. When you do judo you not only develop your physique, but also your mind. Judo is a miracle."

Now that Ryohei must move forward in life without the one with whom he has shared so much, he continues to smile, “Her spirit is everywhere, her fighting spirit. She was a real samurai. She made us change the world and even today, I am so happy to see that she has the power to inspire people to always do better."