Written by Pedro Lasuen on 27. Jul 2021
Photographs by Gabriela Sabau
Share
Emilie Andéol has swapped judo for microphones. The Frenchwoman is in Tokyo to commentate on the judo tournament for French television and we have gone to see her because, until Saturday, she is the reigning Olympic champion at +78kg. In a memorable final against Cuban and then defending champion Idalys Ortiz, Andéol won gold in Rio. She knows what it's like to win on the toughest stage. That is why she understands those she now watches from the commentator's chair. 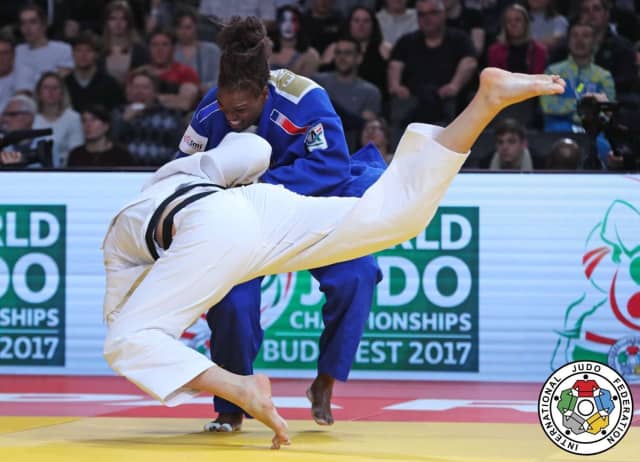 “The world championships are great, a lot of fun and very competitive but this is something else. The Games are incomparable because they are held every four years, five in this case and not every year like the world championships. Winning the gold medal is the most beautiful thing because it is much more difficult. If you fail in another event, it is ok because you can recover and win the following year. Many athletes only qualify for the Games once. It is a single shot operation."

Emilie does not need to warm up and speaks with such a high rate of words per second that it is difficult to keep up. It seems as if the exercise of speech holds no secrets from her.

“It is easier to comment on a judo fight than to get a medal, which does not mean that you can work in front of viewers without preparation. What satisfies me the most about my new situation is that I receive comments from people and they say that I transmit passion. For me it is the best compliment."

It is, especially considering that it is her first experience as a commentator at the Olympic Games and for a national network, too, but now we continue with judo; that is why we talk to her.

“Victory is not a matter of a day. It is not a coincidence but the end of a long process. First there is the physical preparation, intense and constant, lasting four years. You must follow the established pattern at all times because the goal is to reach one hundred percent on the day of the competition. In parallel there is the mental aspect, also involving a lot of work. Finally, you have to study your opponents a lot and very thoroughly in order to neutralise them. What we have seen in these first three days is the consequence of all that. The men have carried out very close contests, with padlocks sometimes. The women have offered more open fights but not as much as in other tournaments. What we have seen is that it only takes one mistake to determine the outcome of a fight." 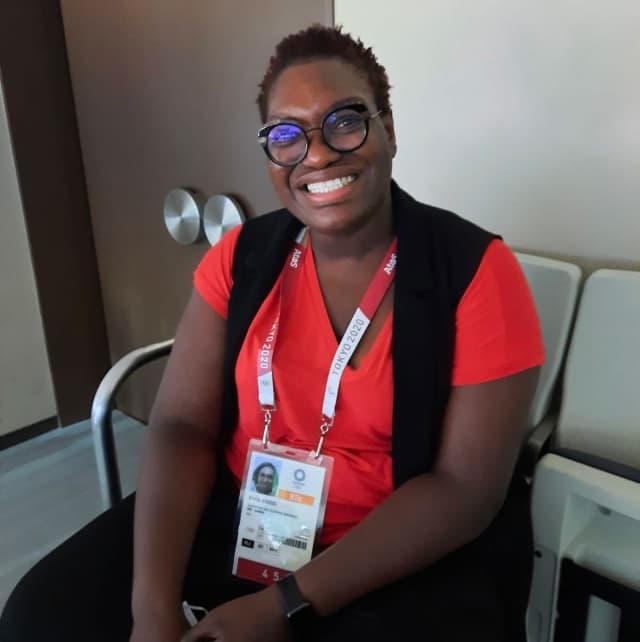 Emilie considers the quality of judo deployed in Tokyo to be good. "It's going to get better, now really interesting categories are coming."

One of them is the +78kg, Emilie's category. “In Rio I eliminated the world number one, the Chinese Yu Song, in the semi-finals and the defending champion, the Cuban Idalys Ortiz, in the final, because I arrived in my best moment of form. There are no secrets; everything is in the preparation."

In Tokyo, the natural successor of the French judoka is Romane Dicko. “In Rio Romane  was in the stands, so I told her that in Tokyo she would be the one who would defend my title. I have followed her from the beginning and I think that today she is the best. In fact I predict a final between her and Sone Akira."

That means, first, Dicko will have to eliminate Ortíz. “Idalys should never be buried because she is a woman with a bank of great dates in her pocket; an impressive record. However, she is no longer the dominant force she used to be; in fact Tokyo could be her last big date. Still I think Romane will win. The final will be different because Sone is another type of judoka, with a style opposite to that of the Cuban. The Japanese has volume and is also very fast. As she is smaller, she tends to go underneath and that is what Romane will have to avoid, because if she does not succeed in that she will be in danger. On the contrary, if she wins the kumi-kata very quickly and prepares hers right arm, then she will dominate Sone. As you can see, everything is tactics, strength, speed, dexterity and concentration. Judo is all of that." 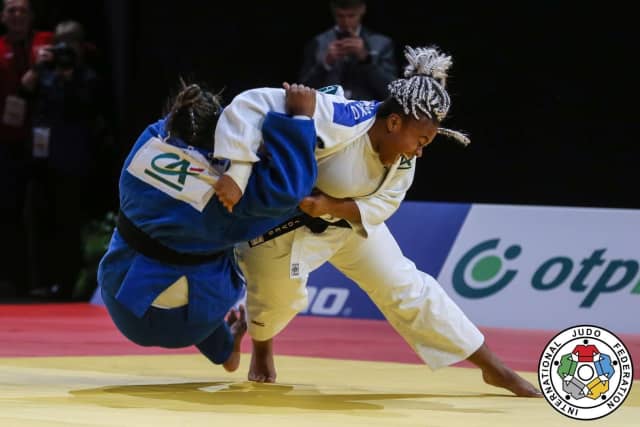 Judo is that, but you have to transmit knowledge and passion so that people understand what happens on the tatami. It is not a simple exercise. You have to know the rules and love discipline and then you have to work, prepare, because television also requires training and a good dose of talent, as in judo.

"I really like what I do, but I think it shows a lot that I really want to put on my judogi and go out to compete," she says goodbye with a huge laugh. We will return to see her to see if she is correct with her predictions. We think so.