Triumphant Homecoming For Silva In The City Of 'Gold'

24. Aug 2016
Share
On August 8th 2016, Rafaela Silva made the public of the Carioca Arena 2 erupt along with all the Brazilian people as she won the Olympic title in the -57kg. Capturing the first gold medal for Brazil at the Rio Games, the young woman wrote her name in golden letters on the pantheon of sports after having accomplished the performance of being world champion and Olympic champion. Beyond the performance, the history books will probably remember that Rafaela did not have an easy life and therefore her victory is even more beautiful and symbolic for millions of young people in Brazil but also around the world, who dream one day to change their lives. 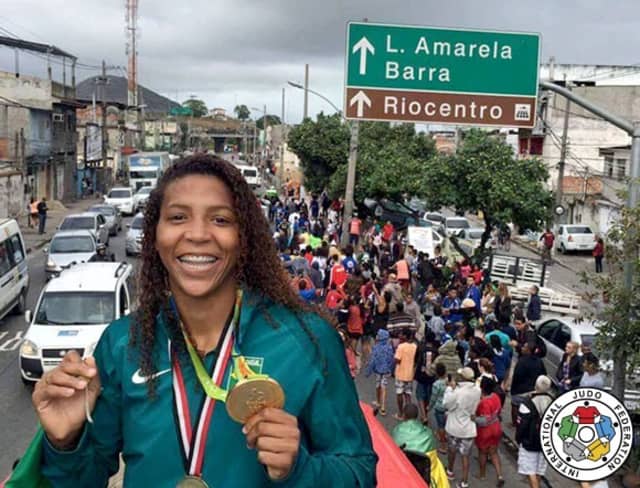 As if this was to be a sign, the new Brazilian idol was born in the famous Cidade de Deus (City of God), brought to the screen a few years ago by filmmaker Fernando Meirelles, who also conceived the opening ceremony of the Rio Olympics. As the champion just after her title declared: “Someone like me, who comes from the City of God and started judo as a joke when I was 5 years old, to become an Olympic champion, is inexplicable." WATCH THE PARADE

Yet explanations, there are. Rafaela Silva is a fighter who put in her sport and in her performance the little that life seemed to have given her: an extraordinary mental strength and the desire to ignore adversity. In 2013, she already made the public of the Maracanazinho explode with joy when she won the first world title won by a Brazilian woman. After difficult years to get back to her best level, one competition day was enough to propel the slender silhouette of Silva to the firmament of world sports when she was not even seeded in the morning of the Olympic tournament. 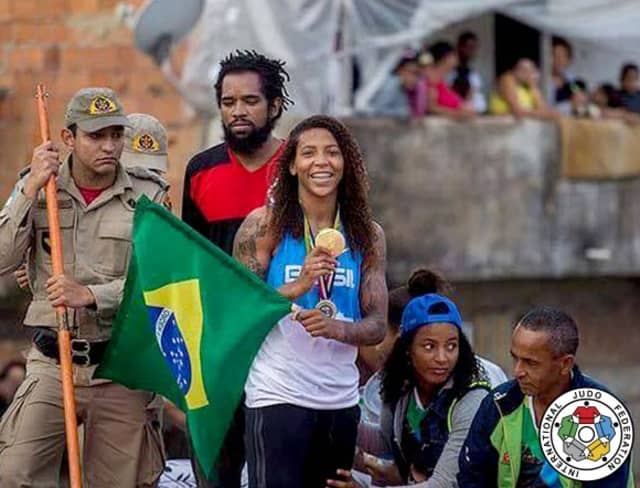 It is perched on a fire truck that Rafaela Silva, all fresh Olympic champion, went back this week in the favela where she was born and where she grew up amid the traffickers and the violence. The image is strong. Welcomed with open arms by everyone, by young people who now have a role model to follow and by all those parents who dream of seeing their children follow the same path paved by the world and Olympic gold.

“
“There were people everywhere, throughout the City of God. We first started to celebrate with people from a social project known as the Athletes of Christ, then we had a press conference and then the parade, sitting on the fire truck, throughout the favela. The last stop was the house where I was born. There was a show with artists of the City of God, I just wanted to be happy and I was. Those moments will remain in the community’s memory and in my memory for ever. During the whole celebration, I really had the feeling that I was in the middle of the people I love. This is my life.“ 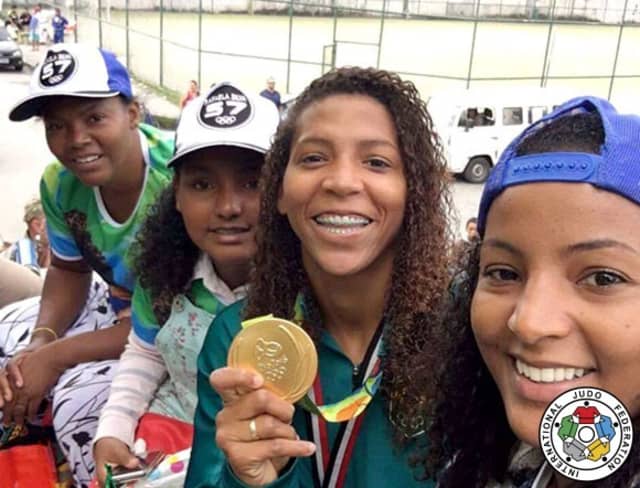 “
"Rafaela is not just Olympic Champion. She is a champion for life. She had to fight against all odds and she won. She is an example for many generations and has proven that whatever the place where you come from, you can set goals and achieve them. It also showed that Judo is more than a sport and that our sport can help you to change your life. Seeing her coming back to where she was born is a moment filled with emotion." 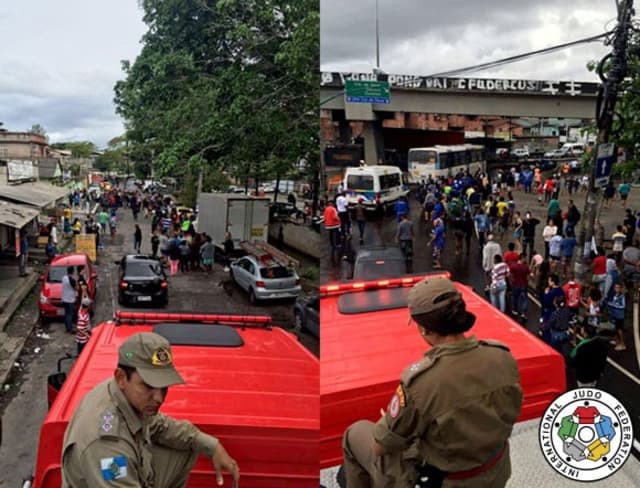 Last March, the Judo For the World series met the future Olympic champion. Full of determination, she explained the battles she had the lead. She could not then imagine the triumphant welcome that was reserved for her in the heart of the City of God. WATCH THE FILM