WJD 2022: When Difference is a Strength

Written by Nicolas Messner on 23. Feb 2022
Share
Imagine a gender-equal world, without bias, stereotypes and any kind of discrimination. This world, in which difference is valued and celebrated, would be diverse, inclusive and equitable. The International Judo Federation has been committed for many years to building women's equality because we believe that collectively we can all #BreakTheBias.

#BreakTheBias is actually the theme of the 2022 edition of the International Women's Day (IWD) which is globally and annually celebrated on 8th March to commemorate the cultural, political, and socioeconomic achievements of women.

Dr Mike Callan, who is an internationally respected academic in the field of judo, recently published a book, 'Women in Judo.’ Within the framework of the IWD, we asked him a few questions. 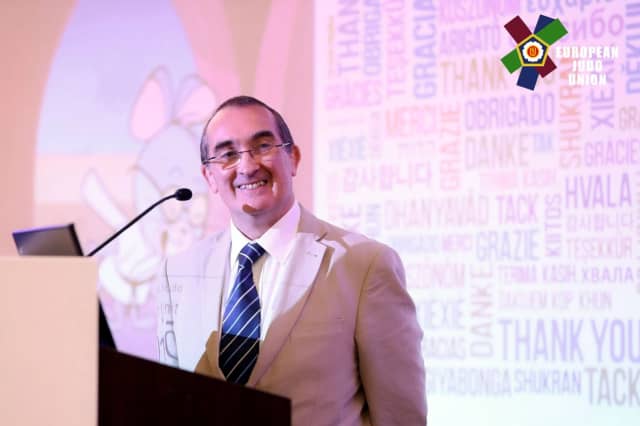 IJF: As the editor of Women in Judo, can you tell us a bit more about it? Mike Callan: The academic publisher, Routledge, developed a new series of books under the title, Women, Sport and Physical Activity, aiming to offer new perspectives on women in sport. The series editor is my colleague at the University of Hertfordshire, Professor Elizabeth Pike. Professor Pike is globally renowned for her work promoting women in sport. In terms of judo, on one research visit to Japan I arranged for her to observe a judo session led by Iteya Misaki sensei from Waseda University and on another visit she took part in a beginners’ session at Matsumae Judo Juku.

Elizabeth asked me to edit a book, Women in Judo, as part of the Routledge series and so I approached a number of world level experts to help as co-authors. They have significant practitioner experience, hold five doctoral degrees between them and operate at the highest levels of the sport.

Dr Amanda Spenn charts the history of women in judo, from the Kodokan’s first female student in 1893 through to the present day. Dr Sanda Corak addresses women in judo leadership, considering Senge’s five disciplines model, arguing for balance in sport management. Dr Xanne Janse de Jonge explores physiological differences between men and women and their impact on performance in judo. Double Olympian, Natalie Powell and her coach Darren Warner explain how they used Fitts’s three stage model of skill acquisition as a framework to inform her technical development. Dr Lisa Allan discusses competition judo for women, a topic on which she is uniquely placed to comment. In the final chapter I offer some short biographies of Rusty Kanokogi, Ingrid Bergmanns, Kaori Yamaguchi, Karen Briggs and Ryoko Tani, all key figures in women’s judo development. The foreword was contributed by Jane Bridge.

I hope that the book is interesting for the judo family. 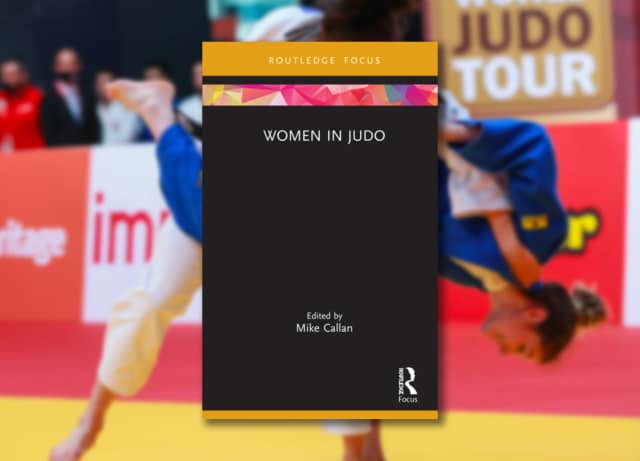 IJF: Why women’s judo is and must be part of the global judo family? Mike Callan: Women are essential to the success of any family. The phrase ‘together we are stronger’ promoted by the IJF Gender Equity Commission epitomises the importance of women to the global judo family. Showing the vision we have come to expect, at the 2019 Senior World Championships in Tokyo, Mr Vizer signed for the IJF to endorse the Brighton plus Helsinki 2014 Declaration on Women and Sport. The agreement states that the IJF shares the vision to create “a sustainable sporting culture based on gender equality that enables and values the full involvement of girls and women in every aspect of sport and physical activity.”

IJF: How do you see the development of women’s judo from its inception to the present day? Mike Callan: Women have enjoyed practising our wonderful sport for over a century, gaining the physical, intellectual and moral benefits that we all respect. Jigoro Kano himself taught women’s classes at the Kodokan. Over that same century the role of women in society has also seen many changes. Nowadays, many countries have gender equity enshrined in law. The changes across all sports have mirrored society. As a combat sport, the practice of judo by women sometimes challenges traditional or cultural values, so judo has played an important role in breaking down barriers and empowering women. 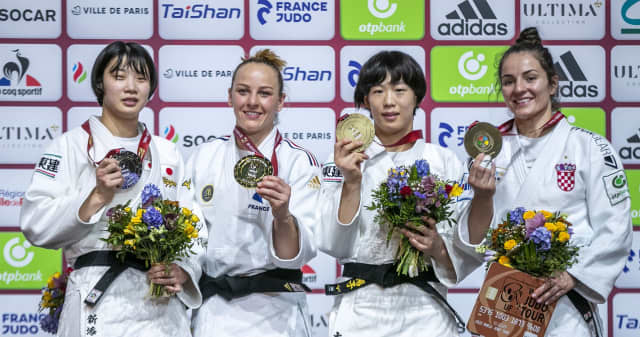 IJF: Which women inspired you throughout your judo career? Mike Callan: As a younger player, I was lucky enough to be coached by Roy Inman OBE, legendary women’s coach. So my inspiration came from my training partners, particularly world champions Jane Bridge, Ann Hughes, Diane Bell, Karen Briggs and Loretta Cusack-Doyle. Their attitude and dedication to training was inspirational and taught me important lessons about commitment. During the London Olympic and Paralympic Games, I was fortunate to work under the leadership of Lisa Allan, her management under pressure was brilliant to observe and it’s no surprise to me that those skills are now being applied for the benefit of the global judo family. 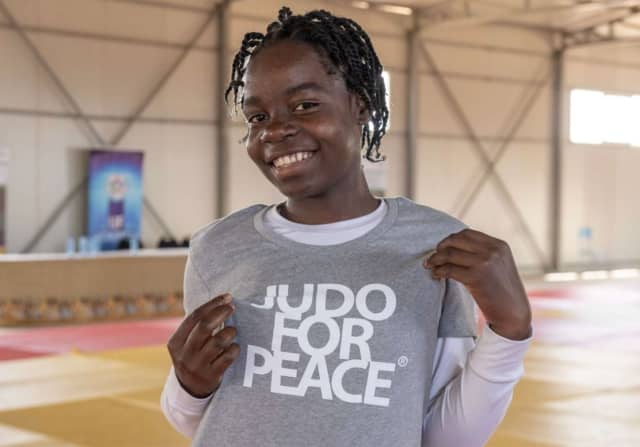 IJF: You are also a member of the IJF Scientific Committee, how is it, being part of that adventure? Mike Callan: I’m honoured to be able to serve the IJF in this role. One of the main duties is to conduct and supervise the scientific development of the IJF. I work closely with the other committee members. Our main activity at the moment is the interdisciplinary journal The Arts and Sciences of Judo. In the future, once we emerge from the pandemic, we are aiming at developing more activities. Dr Sanda Corak has done a fantastic job of establishing the journal; it’s a unique contribution to judo.

IJF: Why is it important to have such a publication? Mike Callan: The IJF is the only international federation to publish their own journal. This is an opportunity to inform evidence-based decisions across all aspects of the sport. As a peer-reviewed journal, we know that the information contained has been checked by other experts. It’s not just hearsay or personal opinion so we can have a high level of confidence in the information. That provides a powerful platform that will impact the sport in the future. Judo was described by Jigoro Kano as an education, the EJU describe it as more than a sport. The Arts and Sciences of Judo provides judoka with an education and is yet another way that judo can be seen as more than a sport.

IJF: You are also collaborating with the IJF Academy on new modules. Tell us more? Mike Callan: Due to the foresight of Dr Tibor Kozsla and Envic Galea, the IJF Academy signed a Memorandum of Understanding with the University of Hertfordshire to collaborate across a range of educational matters, but particularly the delivery of post-graduate opportunities in judo. The university already operates a research unit for judo, which I lead, known as the i-dojo, with six PhD students from across the world, expanding the knowledge base of particular judo topics. One of the members, IJF Head Referee Director Daniel Lascau won the 2021 Dean’s Award for student engagement in research. Through the IJF Academy we are co-delivering a new bridging programme, the Judo Research Induction Course to facilitate five more judoka per year to progress on their postgraduate research journey. All the topics must align with the university research strategy and be approved by the IJF Academy. Additionally, I am preparing some new dissertation modules at undergraduate level to allow the IJF Academy to offer enough credits to reach full degree awarding capacity. This will be a huge step forward for the education of judoka globally. In this way we hope to continue the dream of Jigoro Kano to ensure that judo is an education for the world. 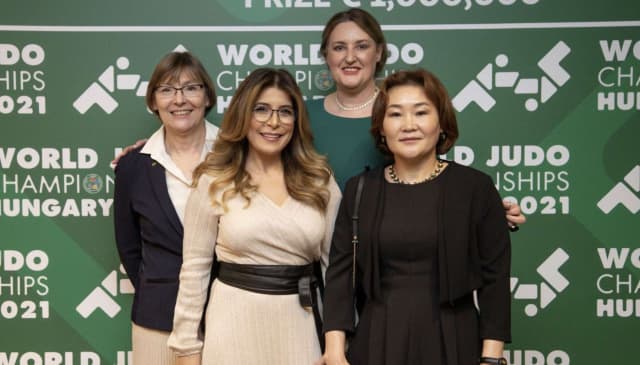 While interviewing Mike Callan, we moved from the topic of women in judo, almost without noticing, to the IJF scientific journal and then to the IJF Academy but there is a connection between all those subjects, a connection that unites the world of judo, which is dedicated to promoting non-discrimnation, education and peace. In the weeks and months to come we will continue to question the judo family about those subjects, ones that are crucial to the development of a better world, where difference is not a weakness but a strength.