By Gabriela Sabau, Pedro Lasuen on 22. Jan 2020
Share
And so it begins! The first draw of the first tournament of the year. A special year, an Olympic year that raises passions. Here, in a land of passion, a land of judo, starts the World Judo Tour. Welcome to the Tel Aviv Grand Prix. 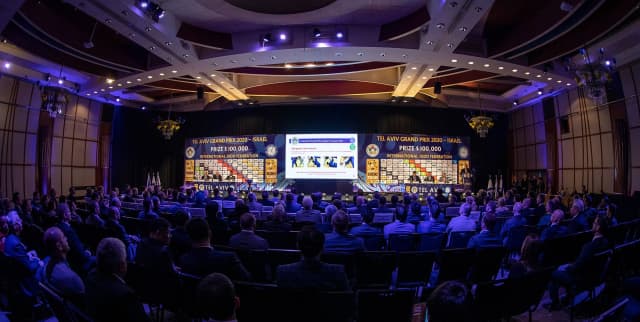 It is fair to thank any effort and attempt to improve and it's fair to say it loud and clear. On behalf of the International Judo Federation and its president, Mr Marius L. Vizer, the IJF Head Sport Director, Vladimir Barta, underlined the "sensational work that local organisers and delegations are doing in the qualification phase for the Tokyo Games."

Vladimir Barta added that it is “a pleasure to return to the city that last year opened its Grand Prix journey with a resounding success.”

The president of the Israel Judo Association, Moshe Ponte, took the floor to emphasise Mr Barta's speech. "It is an honor for the Federation, the city of Tel Aviv and the state of Israel, to organise this tournament, which only grows, since we have a much higher participation than the last edition." 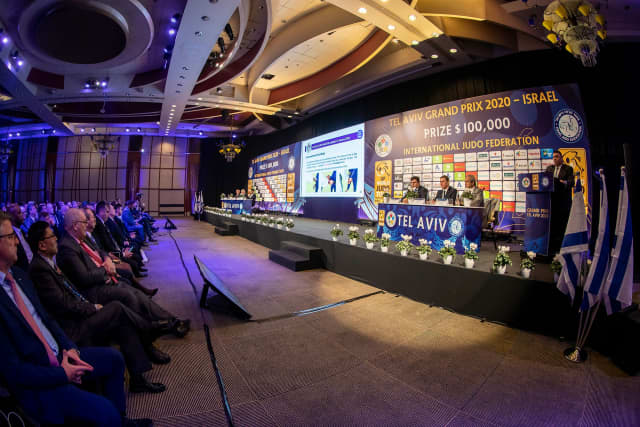 Moshe Ponte closed his presentation with hospitality and humor. “Everything is prepared, well organised and under control, but the weather. We have a few days of rain, but I am convinced that the sun will shine on the mats”.

It was about presenting the tournament and also informing. The IJF Head Refeering Director, Mr Juan Carlos Barcos, emphasised the importance of the seminar for referees and coaches, which took place in Doha in the middle of the month.

"We wanted to join criteria to avoid mistakes in such a crucial year for judo," said Mr Barcos. "The rules have not changed, we all know them." 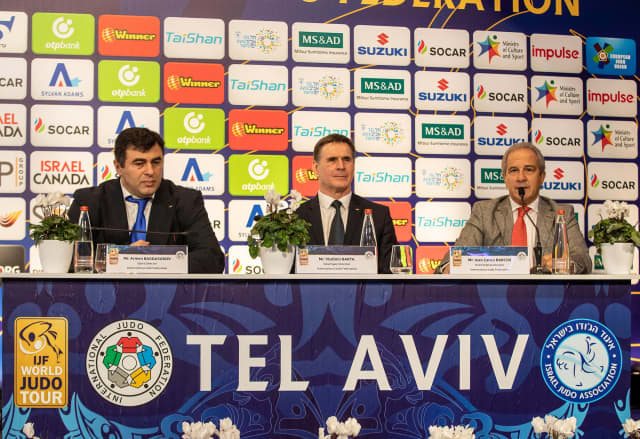 As for the tournament, the density of participants is obvious, especially in the -73kg and -81kg categories.

It is also worth mentioning the presence of a strong Korean contingent, with the former two-time World champion An Changrim in the field, as well as the return of the Italian and Olympic champion Fabio Basile.

The Israel team competes at home and will have to defend the title obtained last year in several categories. Shira Rishony in -48kg, Timna Nelson Levy in -57kg and Or Sasson in the heavyweight category will seek to revalidate their gold medals and earn more points, which are getting expensive, for the Olympic Games.

If the winner of the last edition and current World champion in -81kg, Sagi Muki, will not participate due to injury, Israel will compensate with another judoka who was injured in 2019 and returns to the competition in full form, Peter Paltchik. 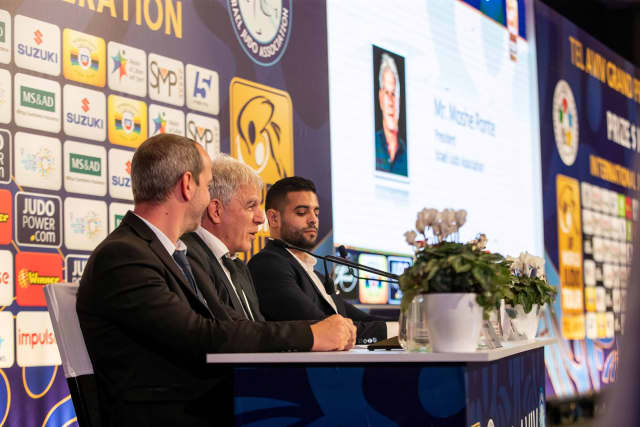 The competition will debut on Thursday at 09.30, Israel time, as well as on Friday. On Saturday the event will start at 10.00 and, every day, the final block will be from 17.00.

Finally, the IJF Media Director, Nicolas Messner, took the opportunity to announce the imminent production of two programs, "I am judo" and "Coffee with Céline". The first is a total immersion in the life of two athletes, a man and a woman, from the country that organises a World Judo Tour event. "They are high level athletes, but above all, excellent people," Messner explained. "We want people to see how they live, what they think, their way of seeing life."

The second production will be carried out by the former World medalist and European champion, Céline Gérault. "It's a series of friendly interviews with the judoka," Messner finished. The first edition of "I am judo" will be issued at the beginning of February. As for the Céline program, it will take its first steps at the Paris Gran Slam.

Shalom to everybody and start your engines.