The IJF introduced its new Mixed Team competition to the world on the final day of the 2017 Suzuki World Judo Championships as Japan laid down a marker with a convincing victory on Sunday in front of International Olympic Committee President Dr. Thomas BACH.

The Mixed Team Competition was officially added to the Tokyo 2020 Olympic programme by the IOC in June and the hosts of the next Olympiad won the first edition of the new format at the senior level. 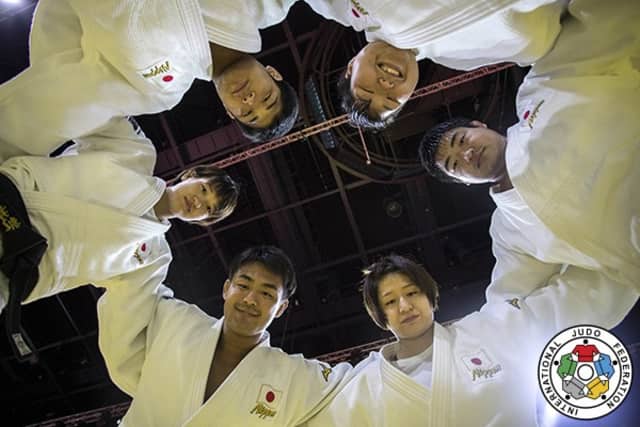 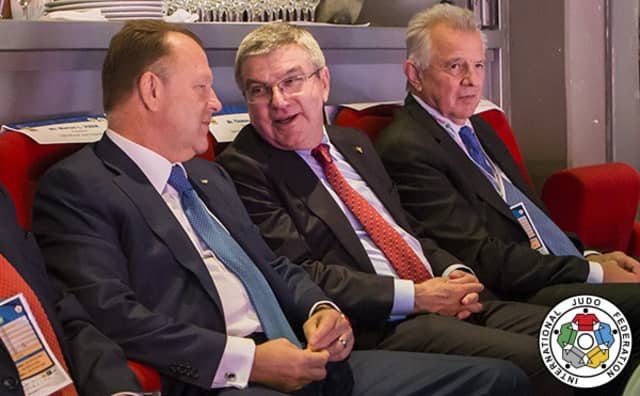 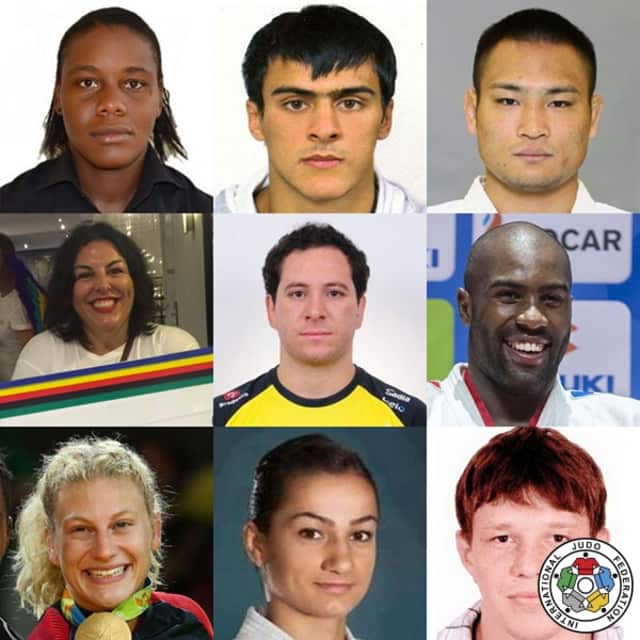 The results were revealed on Sunday :

The IJF flag was officially handed over from the 2017 Worlds hosts to the 2018 hosts via the IJF President Mr. Marius VIZER on Sunday ahead of the final block. 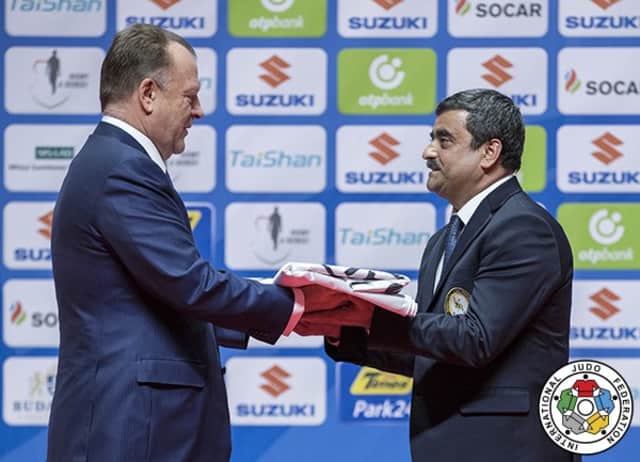 Dr. TOTH Laszlo, Hungarian Judo Association President returned the IJF flag to the IJF President Mr. Marius VIZER (above - left) who then handed it to Mr. Sadig SADIGOV (above - right), Azerbaijan Judo Federation Vice President. Baku hosts the next edition of the World Judo Championships which will be the first to emanate from Azerbaijan.

Baku Grand Slam silver medallist BOR Barna (HUN) was presented with $5,000 prize money by OTP Bank for recording the best result of the Hungarian team after finishing fifth on Saturday in the +100kg category.

“It was a great World Championships, especially after the Olympic Games last year in Rio,” said President VIZER.

“We have a new generation coming in and I think we are on our way to produce the best generation of judoka ever, before the Tokyo 2020 Olympic Games.

“The 2017 Suzuki World Championships in Budapest had great organisation at all levels with a very good public.

Technically speaking the level was very good, I’d say one of the best we ever witnessed and according to the new rules, we can say that we made the right decisions.

“We will make some small adjustments though and starting in January we will have the full refereeing rules that will be used for the Olympic qualifications and for the Tokyo 2020 Olympic Games.”

The IJF World Judo Tour will reconvene in Croatia for the Zagreb Grand Prix, from Friday 28 September to Sunday 1 October and will be available to watch live and free at live.ijf.org 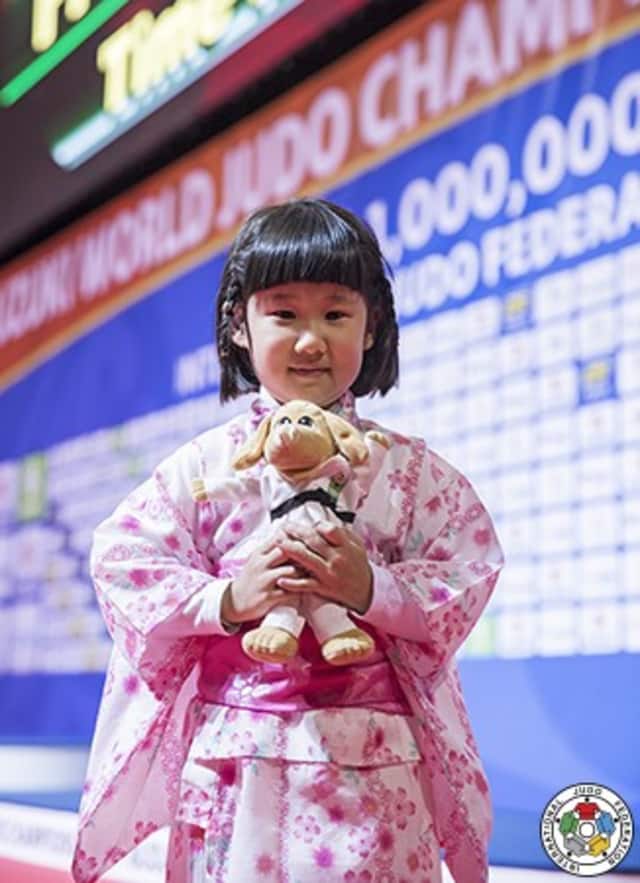 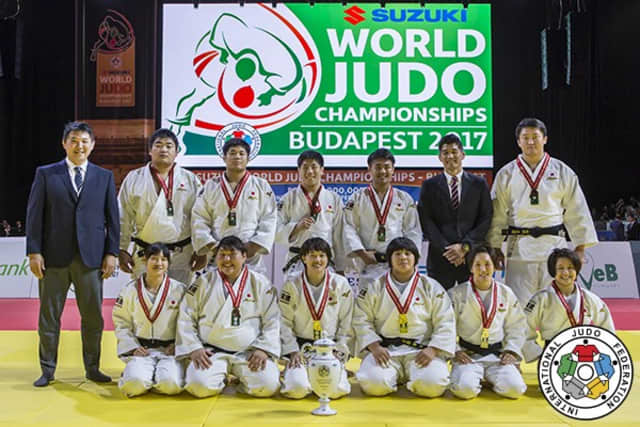 Japan defeated Brazil 6:0 in the gold medal match to send the media into overdrive as the sport’s founding nation and the hosts of Tokyo 2020 were unmatched on the final day in Budapest.

World silver medallist YOSHIDA Tsukasa (JPN) defeated Olympic champion Rafaela SILVA (BRA) after almost three minutes of golden score to give Japan the early advantage. YOSHIDA trapped SILVA in a tate-shiho-gatame hold but the Brazilian escaped before fiving away a score. The Japanese resumed control on the ground and this time there was no escape for SILVA whose gold backpatch was out of sight for 20 seconds.

In a Rematch of May’s Ekaterinburg Grand Slam final world champion HASHIMOTO Soichi (JPN) tormented Marcelo CONTINI (BRA) once again. The Ippon Hunter threw the Brazilian, who initially rushed out full of intent, with his trademark sode-tsurikomi-goshi for a waza-ari which was the difference after four minutes. 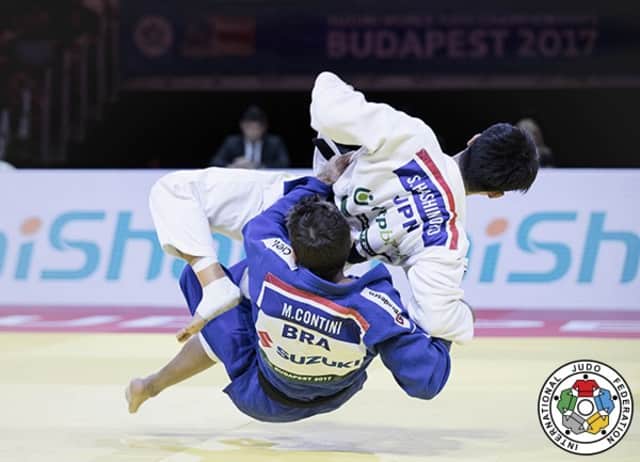 World champion ARAI Chizuru (JPN) put her country on the brink of winning gold as she outlasted Maria PORTELA (BRA) in golden score. A shido against the Brazilian handed the contest and a third win to Japan.

NAGASAWA Kenta (JPN) sealed the gold medals for Japan after Victor PENALBER (BRA) lacked any fluidity and was penalised three times to receive hansoku-make. World number eight NAGASAWA, who was only selected for the mixed team competition, dealt with former world bronze medallist PENALBER with relative ease as the Brazilian was below-par.

There was no pressure for world silver medallist ASAHINA Sarah (JPN) when she squared off against Maria ALTHEMAN SUELEN (BRA) and the Japanese was too powerful and energetic for her more experienced opponent despite fighting yesterday five times including a lung-busting and emotional +78kg final. The 20-year-old, who was supported by her parents and a huge delegations of teammates and members of the Japanese national team, held down the Brazilian for ippon after leading by two waza-ari scores.

In the first semi-final Japan bested South Korea 5-1 while Brazil humbled Russia 4-2 to decide the finalists at the first Mixed Team Event at the senior level.

In the second bronze medal match South Korea lost the opening contest against Canada and then won the next five in a one-sided match. Jessica KLIMKAIT (CAN) was the only winner for Canada (v KWON Youjeong) as double world bronze medallist AN Changrim, JEONG Hye Jin, former world champion GWAK Donghan, KIM Minjeong and KIM Sungmin all prevailed. 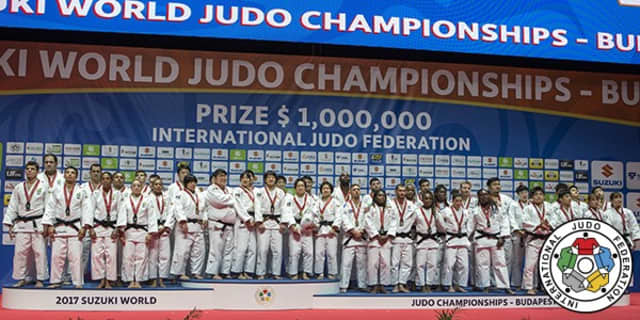