A Fresh Wind in Uzbekistan

Written by Nicolas Messner on 21. Sep 2019
Share
A fresh wind coming from the steppes of Central Asia is blowing over Uzbekistan. You only have to wander the streets of the capital, Tashkent, to appreciate the positive dynamics that seems to apply to the whole country. Judo is no exception to that feeling. For its seventh edition, the Tashkent Grand Prix has made new skin and it has moved into the flamboyant Humo Arena. 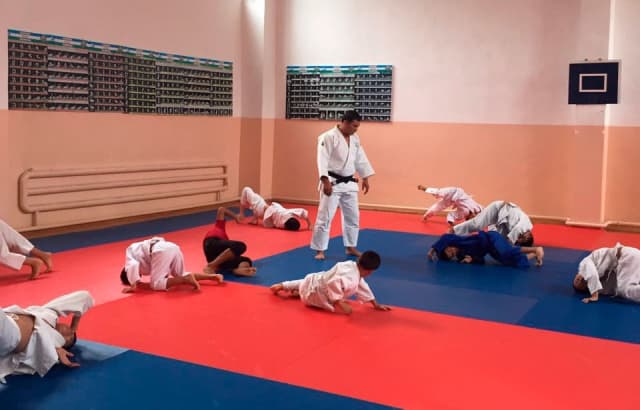 A new leadership team is at the head of the federation, new ambitions for the national team are set, but also the Judo in Schools programme is gaining stature and benefits of a frank and ambitious support both from the Federation and the Uzbek authorities.

In line with what the President of the National Judo Federation told our media department on the morning of the first day of competition (https://www.ijf.org/news/show/a-man-in-a-hurry), an IJF delegation met with the Minister of Public Education, Mr. Sherzod Shermatov, to discuss the development of the Judo in Schools programme.

"This is a very important program for us. Our society needs sport. We are doing a lot of work to change attitudes. Until now, sport was still the poor part of education and lacked consideration. But that is changing under the leadership of the President of the country, Mr. Shavkat Mirziyoyev, who puts youth and education has a priority. The Judo in Schools programme is tailor-made to provide our youth with what they need, values, so that our children can become better citizens", said Mr. Shermatov 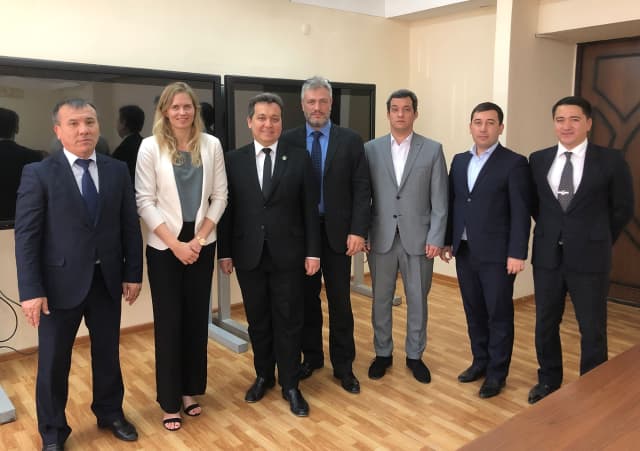 This speech positively echoed in the ears of the IJF representatives. Esther Stam, member of the Judo for Children commission, present in Tashkent to comment on the competition on www.ijf.tv, and Nicolas Messner, Judo for Peace Director attentively listened to the Minister and the Federation Representatives describe the programme that is being re-launched: "For the moment, we have chosen twenty schools to launch the pilot project. But with the help of the International Judo Federation, we plan to quickly offer to integrate judo into the programmes of more schools. We are aware that young people are the future of our country. We put a lot of emphasis on youth, and through it, on families and society as a whole," explained the Minister.

Following the meeting with Mr. Shermatov, the IJF met one of the first actors of the Judo in Schools programme, Mr. Husonov Otamurad, judo coach at the Tashkent School No. 29: "I started the first activities in September 2018. In the beginning there was not much, but soon we received support in tatami and judogi. Today I do judo with the children three days a week and I have about 55 participants, all of whom are passionate."

The school administration very quickly understood the positive impact that judo had on the students: "The overall behavior of the pupil judoka has greatly improved," Husonov Otamurad explained, before adding: "Both the attitude, mutual respect and health have seen improvement. After less than a year, we started winning the first local competitions we participated in. But I repeat, the most important was the change in behavior. And this is only the beginning." 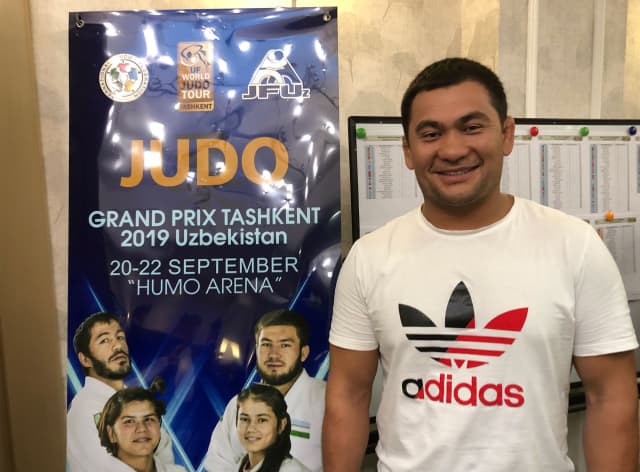 Esther Stam, who is very involved in the development of the Judo in Schools program, along with Ruben Houkes, head of the Judo for Children commission, explained: "It is important for us to be able to see first-hand the progress of the programme. We are doing a lot of work upstream to support the federations that are involved in the Judo in Schools initiatives, but there's nothing like coming to the field to get a concrete idea. Having a Grand Prix in Tashkent offered us a great opportunity to talk with the new team leading the federation. They look really dynamic and they want to do well. We can take the pulse of the country, understand a little better its culture in order to find the best solutions."

During the various interviews that took place in Tashkent, Esther was also able to understand a little better what had already been achieved and the next steps that should be taken: "I am confident. The meeting with the Minister was very fruitful as well as the discussion we had with the federation. Mr. Shermatov has a vision of sport and the impact it can have on society that is very interesting. Now we have to get to work and that's what we're going to do."

There is a lot of work to do for sure, but with the help of the Central Asian wind blowing over the region, it is certain that the program Judo in Schools has a bright future in Uzbekistan.