Because being different is our future

Written by Nicolas Messner on 05. Dec 2019
Share
Beautiful speeches are good, actual actions are better. When the two resonate in unison, then it becomes possible to envision a world in which differences are not seen as a restraint, but on the contrary, as a chance for society. This is exactly what happened a few days ago in Lusaka, Zambia, where at the initiative of the Zambian Judo Association, a 'Judo for All' programme was formally launched. 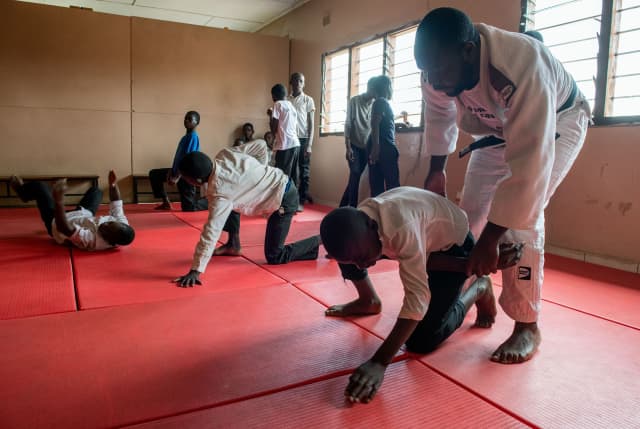 Judo for All at the Shalom School

It all began a few years ago, when the national judo federation in the framework of the 'Development of Local Structure' programme of the Olympic Solidarity, in partnership with the International Judo Federation, defined its development plan for the next eight years. From this ambitious plan emerged several large-scale projects, including the one launched at the end of November by President Alfred Foloko (also NOC President of Zambia) and Nicolas Messner, Judo for Peace Director.

Being in a challenging situation is never easy. Being a mentally or physically challenged child in the streets of Lusaka can lead to dramatic exclusion situations, in which the children can be hidden and receive no support. The Shalom school, led by the NGO Africa Call, made the choice to give them a chance. The Zambian Judo Association joined this great initiative. 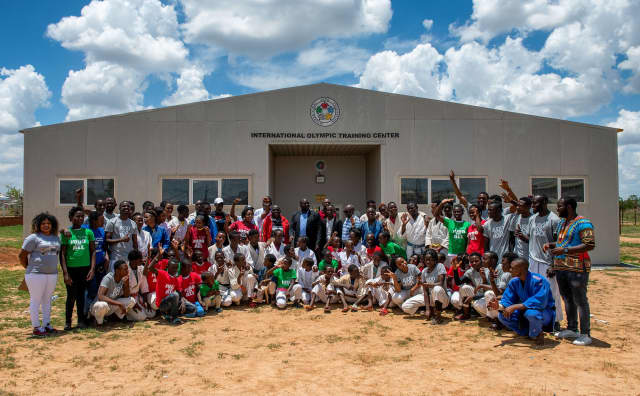 Shalom School is an Italian initiative programme, located in the heart of Kanyama, one of the most deprived areas of Lusaka. It is inspired by principles of human solidarity and is working to fight the cause of poverty and social injustice and guarantee all human beings live in dignity, in respect of their human rights and with equal opportunity. The Shalom center was opened in 2007 in order to implement projects for the benefit of the community with a special regard to the most vulnerable ones. Thus the organisation is putting all its effort to break the stigma on disability and it promotes inclusion of children with disabilities. The center is committed to raise awareness among the community and fight Gender Based Violence.

Today, the school welcomes approximately 900 children with a special unit of 70 pupils with disabilities. For more than a month now, they have access to judo. "It's like a miracle", Said Maria the director of the Shalom school. “The response was great. Policies and rights for handicapped people exist in Zambia and it was set up as a priority by the President of the country. But implementation remains an issue. Kanyama is a highly populated area, where violence is common and segregation exists. We are very thankful to judo, because we believe that this activity can have a really positive impact, not only for the children but for the whole community.“ 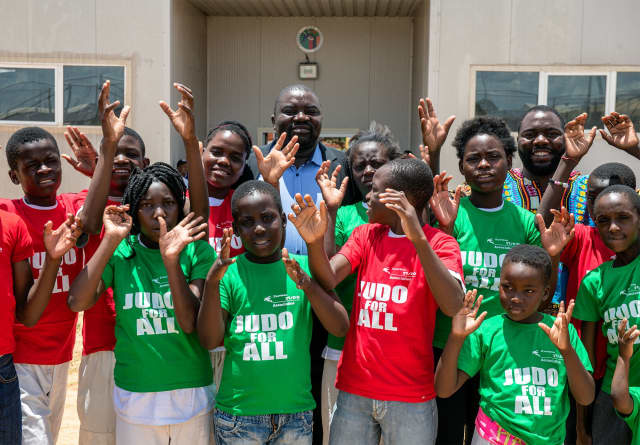 After a month of operation, already more than forty children have been able to start judo in Shalom School: “It is amazing", explained Humphrey, one of the Zambian Judo Federation coach, before adding: “Of course there are challenges. It is not easy to work with children with different disabilities. We have to adapt our methods and approach. But the smiles you get on their faces every time they can step on the tatami, is absolutely breathtaking.“

The idea of the whole programme is actually to work on inclusion in order the create the conditions of a better integration: “It is important that children with disabilities and children without can play together. They can learn that eventually they are all the same. They can then take that idea back to their families. We also very much focus on basic skills, such as the breakfalls, that are crucial for the the children", said Humphrey. 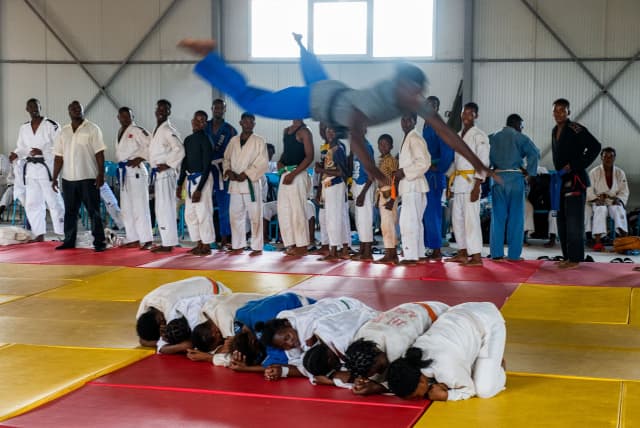 Judo demonstration during the Judo for All launch

During the official launch of the programme, in the presence of many guests and after a powerful judo demonstration organized at the OYDC (Olympic Youth Development Center of Lusaka), Alfred Foloko declared: “sport is able to provide immediate and long-term relief to people with disabilities, who are often plagued with health issues, poor social skills and lack of self-esteem. Judo creates an environment that allows the disabled to develop crucial life skills. Our government and sports organisations are committed to the promotion and respect of all human rights. His Excellence Dr. Edgar Lungu, President of the Republic of Zambia, has urged the nation to embrace persons living with disabilities saying they are human and should be shown love and support. We shall make sure that our friends who are differently abled take part in sport as this is in line with the judo and Olympic values. It is my singular honor to declare JUDO FOR ALL officially launched in Zambia.“

During the ceremony, Nicolas Messner said: “Differences scare people. They are taken as a danger for society, whereas they should be considered as a strength, a point of support for developing cohesion within the community. The programme launched by the Zambian Judo Association is exemplary. To see these children, whom everything seemed to condemn to a life of suffering, laughing and enjoying themselves as part of the judo family, is very moving and must serve as an example.“ 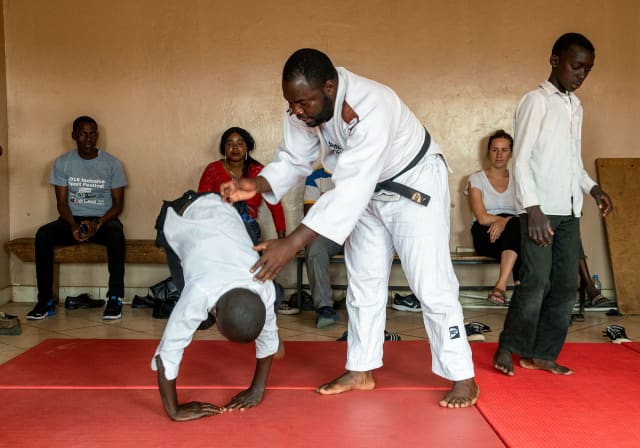 Many challenges have yet to be met, mentalities must evolve in Kanyama, as in the rest of the country, on the whole continent, even in the world. The lack of equipments is perhaps the most obvious, but the psychological barriers are the most difficult to break down. One can say that in Lusaka, these barriers are now collapsing and hope is entrenched in people's minds. A hope that is born from the will of some people who have the judo values pegged to the body. A hope that no more children, whoever they are, where ever they come from, will be left on the side of the road. Being different is not a threat, it is our future.