By Nicolas Messner on 05. Apr 2019
Share
During most of the preliminaries, we saw a lot of ippons, especially with the women and particularly in tachi-waza (standing judo). It was a little less clear with the men, who scored more waza-ari and had to go in golden score more often. We also had a very interesting final block with a lot of action and scores, which is always nice to watch. 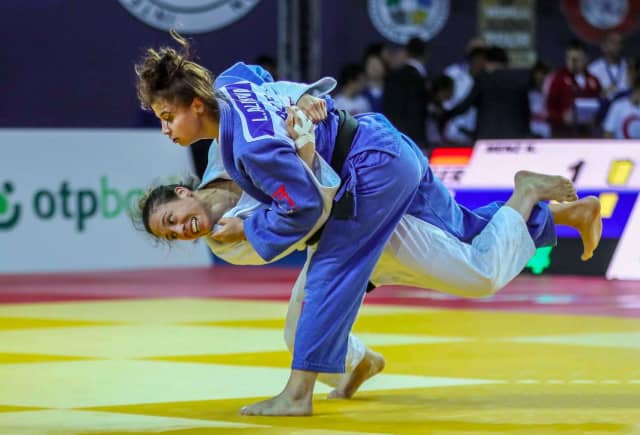 I noticed that when it comes to kumi-kata (gripping), the athletes are ready to attack immediately. We don't have that much walking around. Once they have one sleeve, the collar or any part of the jacket, they are capable of launching an attack. Athletes are very active. We see more 'grab and go' sequences.

Since this morning we saw a few golden score that went a little too long and could have been avoided. Golden score should be seen as a kind of reward, after a hard and intense match. But generally speaking I must say that we have now a very professional group of referees, who just came out of a refereeing seminar together with the IJF Academy staff, and on this first day of competition, this was clearly visible. One interesting fact, if I compare to when I was refereeing, the referee who is standing in the centre of the mat, is aware that there are many cameras filming the scene and it's interesting to see how well they move around and they position themselves in the best way possible.

The referees are ready, they are focused and they know what they are talking about. The cohesion of the group is very good. It's really nice to work with the referees. You know, nowadays, there are so many events on the IJF World Judo Tour, that they are semi-pro if not pro referees. They know how to travel, they adapt quickly. They know how to deal with jet lag for instance. I really witnessed that evolution over the past years. This is better for the athletes, for the spectators, for everyone. I enjoy so much being part of the team that can work together for the benefit of the sport.

When you follow a whole competition day like we did here in Antalya, you realise how prepared the athletes are. I must say that it amazes me. Their condition is getting better and better after each competition and without any doubt we can see that we are in the middle of the Olympic qualification. Every one wants to cross and be on the other side. They put all their heart into the battle.

Taking into consideration that all the participants know each other so well, as they participate in many events followed by training camps, we still see many scores, which is very positive. Of course, sometime it takes a bit of time to find a good opportunity to throw, but everyone keeps that goal in mind. 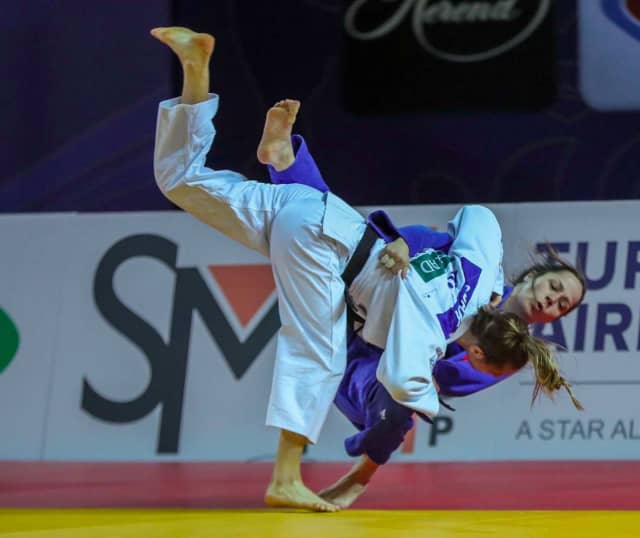 I was happy to see that the host federation win one medal today (Mihrac AKKUS - TUR). We always wish the locals to win as much medals as possible. But the competition is hard. When Mihrac beautifully won his bronze medal, the whole public, consisting essentially of young people exploded with joy. As an educator myself, that makes me happy. This is what it's all about: transmitting, giving the opportunity to dream, admiring. But I was also pleased to see that the public was supporting all the judoka with passion.

From a really tactical point of view, recently we implemented something which was already in the rules, but not always strictly applied: the adjustment of the judogi between matte (stop) and hajime (start). This was used sometimes as a tactical point for the athletes to recover or to avoid being grabbed (when the judogi was outside the belt). This is not anymore possible. When this was implemented a few competitions ago, we saw that athletes started to be penalised for not respecting the rule. But today, I didn't see any shido given for not readjusting the jacket. It's impressive to see how the athletes and their coaches quickly adapt. This is for the benefit of the sport. It's like the leg grab ban, which happened some years ago. Today, you hardly see athletes penalized for a leg grab. Of course, it still happens from time to time, like in the final of the -66kg, when Mikhail PULIAEV (RUS) was penalised a third time for having grabbed the leg of his opponent, Denis VIERU (MDA), but this is becoming very rare.

I would say that this general atmosphere based on respect and commitment of everyone to produce good judo is paying off. This is due to the more consistent decisions taken by the referees. This create a more harmonious climate between the athletes, the coaches, the referees, the public and that is why today we had a really nice competition, in Antalya. I can't wait for the second day.

Carlo Knoester is an assessor of the IJF Refereeing commission. Born in South Africa, he is living in Australia. Senior club coach and owner of the Kano Judo School in Perth, Carlo Knoester started judo at the age of four under the instruction of his father and mentor, Sensei Joe Knoester 7th Dan. He passed his black belt in 1977. Carlo has participated and coached all over Europe, Asia, Africa, Oceania and Pan America. He has been coaching full time for 36 years and has produced countless state, national and international champions that competed at world championships and the Olympics. He is a sixth Dan graded judoka and was selected to referee the Beijing Olympic Games in 2008.

Judo for Peace
Kilis: The Sun is Starting to Shine Again