Written by Mark Pickering on 06. Apr 2019
Share
Today and yesterday, I think the new rules for judogi made a difference and enabled more big techniques as the judoka could be more efficient and it helps both the competitors.

In the first part of the day we saw some situations that were very difficult to judge from the point of a referee. Without video, because they were very fast, one attack, then a counter, then another attack, it was difficult and we now have a good system with the video reviews to replay fast movements from multiple angles.

It’s a good thing to be able to have supervisors and the video analysis. It makes a big difference, we see different angles, we can watch together and award the correct scores. This is the most crucial part of our job.

Judo is a sport with a lot of possibilities and many different techniques and that makes our competitions interesting and I think that was especially the case today.

We saw combination techniques, a great degree of physical power and we can know you have to have strong mind and fighting spirit at the elite level. 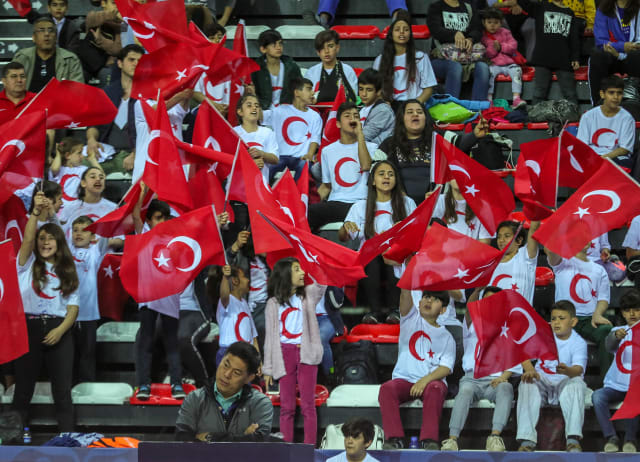 The rules are well established and well understood by judoka and coaches and I believe that has led to judoka being more positive and fighting to win by scores and not so much by tactical ways.

I think now it’s very difficult to win just with tactics. That is good for our sport. You have to score, this is good for judo, this is what we all want, to win you must risk something and go for it and then you get your rewards.

We can expect more of the same tomorrow with the heavyweights and I beleive even more ippon judo with Olympic and world medallists in action.

Catherine (Cathy) Fleury, born June 18, 1966 in Paris, is a French judoka who has distinguished herself in the category of -61kg. She won the gold medal at the 1992 Olympic Games in Barcelona, ​​when women's judo entered the Olympic program. Cathy Fleury was also World Champion and the first French woman, all sports combined, to win the three major competitions (Olympic Games, World Championships and European Championships). She later became national coach in France and now officiates as an expert of the International Judo Federation.

News
Judo Sends a Message of Peace on IDSDP 2019