25. Feb 2018
Share
During the IJF World Judo Events, every day our photographers offer you to discover the image of the day. Find below the image of Day 2 of the Düsseldorf Grand Slam by Gabriela Sabau. 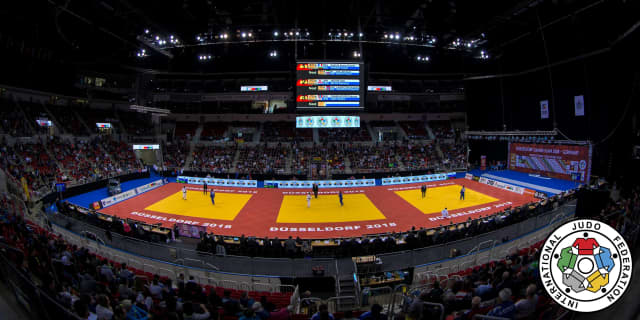 In the course of the sporting season, Düsseldorf has become an unmissable event on the sports calendar of the International Judo Federation. Having been for many years the first Grand Prix of the year, located just after the Grand Slam of Paris, the event was promoted to the rank of Grand Slam in 2018, which gives it an even greater sporting value.

The record participation and promotion in Grand Slam have also led the organisers to change venues, and the Düsseldorf Grand Slam is taking place in the ISS Dome whose capacity exceeds 14,000 spectators.

News
THE JUDO MACHINE IS IN FULL SWING