Written by Nicolas Messner, Leandra Freitas on 15. Nov 2021
Share
On 28th October the world celebrated World Judo Day. As we are still receiving reports of the many contributions, from all over the world, let us have a special focus on how Portuguese sports celebrated the values of judo. 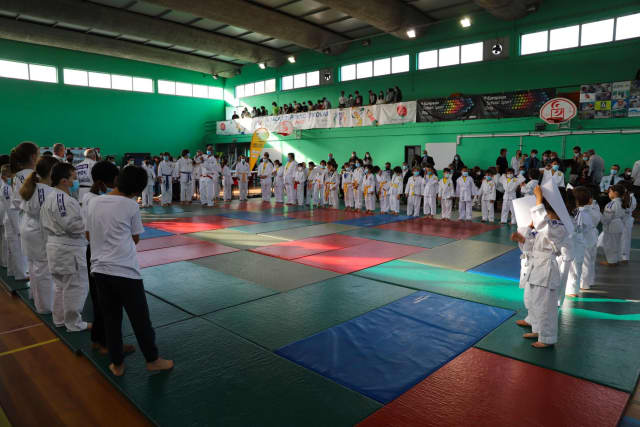 For many years Portugal has been actively involved in celebrating World Judo Day and has always been among the most active countries. This year, as part of a national campaign dedicated to sporting values and specifically to the 'Say No to Racism' campaign, World Judo Day was included and celebrated by all sports in the country.

In 2021 World Judo Day was not only celebrated by the national judo federation but also by the IPDJ, the Portuguese Institute of Sport and Youth, which co-ordinated the links between World Judo Day and the 'Say No to Racism' initiative. The Sport Secretary of Youth and Sport, Mr João Paulo Rebelo, was present during the event, together with several well known names of Portugese sport and culture and from the government. 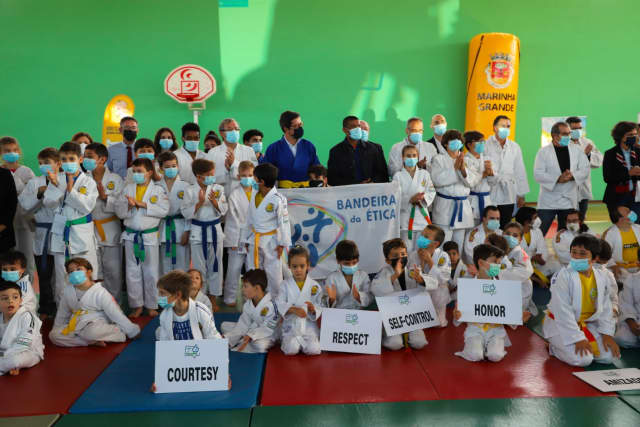 Marinha Grande Judo Club has been a strong and regular presence at IJF events, including all IJF campaigns aimed at the young ones, such as the Great 8, Climate Champions and Judo Fit Kids. The celebration on 28th October 2021 began with a demonstration from young judoka from Marinha Grande, during which the Secretary of State was seen wearing a judogi and a yellow belt on the tatami, interacting with the children.

All participants showed a sincere, self-imposed duty of care, an unexpectedly strong commitment to the judo values. As everyone was enjoying the judo session, the IPDJ and its Vice-President, Carlos Alves Pereira, officially launched the 'Say No to Racism' campaign, a campaign that was supported by two black and blind ambassadors, Jorge Pina and Miguel Vieira, who emphasised the capacity sport has to overcome barriers. They opened their hearts to the audience and shared their personal experiences. 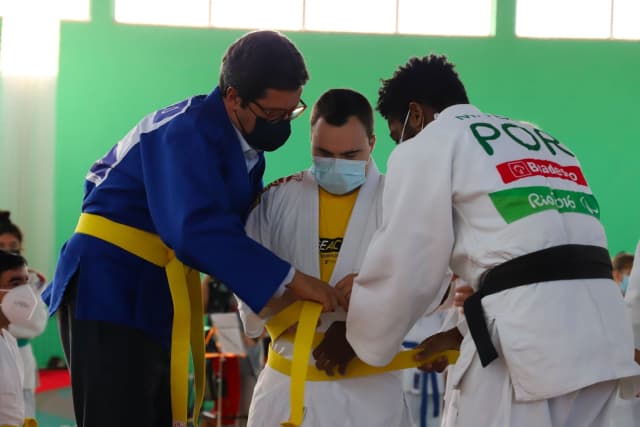 During the conference that was held on the same day, well known singer and judoka, João Pedro Pais, who went to the Olympics and was ranked 8th at the 1989 World Championships in Switzerland, stated that his sport is unmistakably judo. He shared the stage with Leandra Freitas, former Portuguese national team athlete, now working for the International Judo Federation, who presented inclusive sport projects such as Judo For Peace and Judo in Schools.

Mr Joao Paulo Rebelo said, "Today we celebrate World Judo Day and we saw the involvement of the national judo federation and the President of the judo club of Marinha Grande. We have teachers, athletes, Leandra Freitas from the International Judo Federation and many others. Judo is an extraordinary sport, especially when lived through the supreme values of sport. The children here today could talk about the judo values and it is beautiful to see this. I have a son who practises judo and I know there is friendship, self-control, respect, sincerity and many more values involved and these are already more than enough to contribute to a great way of life. 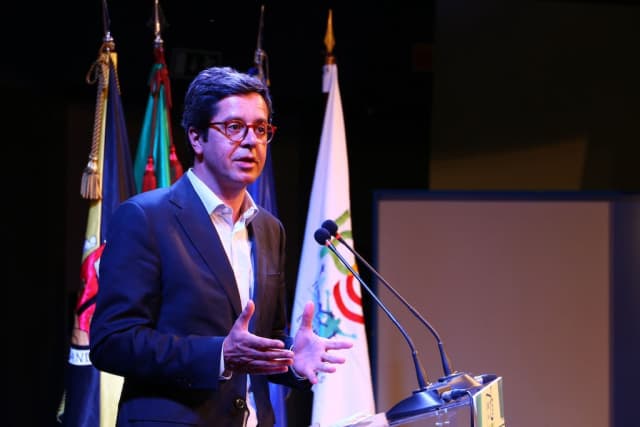 Being here with you was very special. I am convinced that those two hours we spent together were special for everyone.  I can tell you that it made me forget something that happened yesterday. As Secretary of State for Youth and Sport, I am honestly open to you. The budget dropped yesterday. The government did not fall, but the budget fell and the budget is an important instrument of government action. When I came here to celebrate with you, I had a bit of apprehension but actually I forgot about it at least for two hours. This is because we are here doing something extremely important, for sure. The energy I can feel is extraordinary. I was thinking about what our judoka speakers just said about what judo teaches us. It teaches us to fall and then to rise again. The budget dropped yesterday and now we're going to have to find a way to get up and try, improve, learn, improve, try again. What our young judoka transmitted to us today at such a young age is important for each one of us." 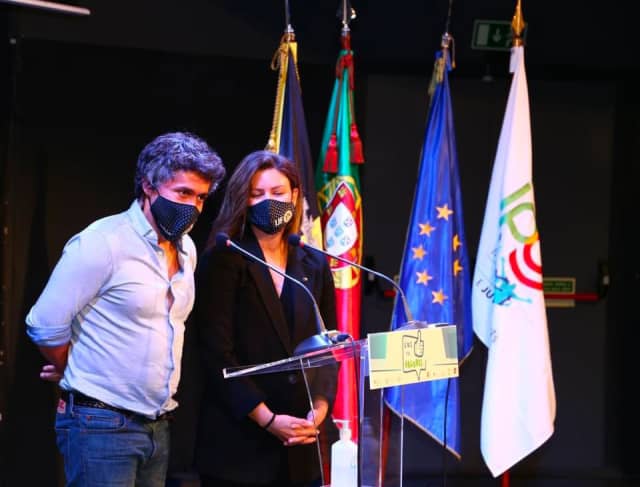 Joao Teixeira, teacher of the young judoka at the Judo Clube da Marinha Grande, explained, "The work I have been doing is intended to develop judo in the context of school sports, reinforcing its formative and educational dimensions. The initiatives we develop are very much aimed at a holistic approach to judo, with projects for sports inclusion through adapted judo (Example: Judo4all https://webinars.dge.mec.pt/webinar/de-territorios-judo4all).

This was our project, certified with the Ethics flag (the first school in Portugal with a judo project). At the same time, we have many concerted actions with the Judo Clube da Marinha Grande. We have another judo project, for instance, involving our judo and school sports students working with autistic students." 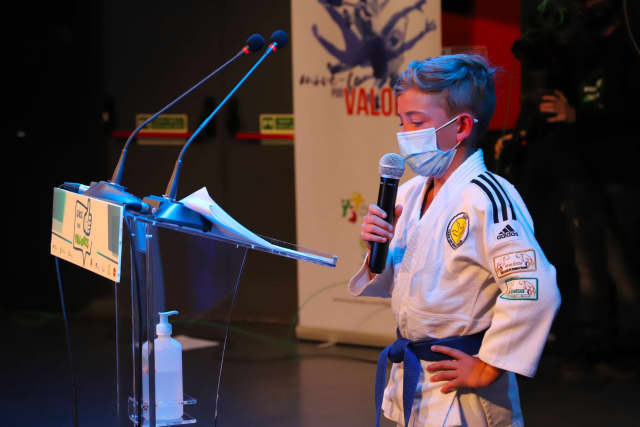 Portugal is a very active country when it comes to competition. Recently the Portuguese Judo Federation organised the Veterans and Kata world Championships and in the years to come the judo family might return for other major events. At the same time, all levels of the society and of the Portuguese judo family is willing to contribute to building a better society, as was intended by Jigoro Kano Shihan, when judo was founded. Taking part and being an active contributor to World Judo Day does not only contribute to the development of judo in Portugal but it can be an inspiration to the whole world.

Judo was under the spotlight on 28th October, pulling other sports in its wake and showing that our judo values are human values that can help fight racism and any other kind of discrimination. 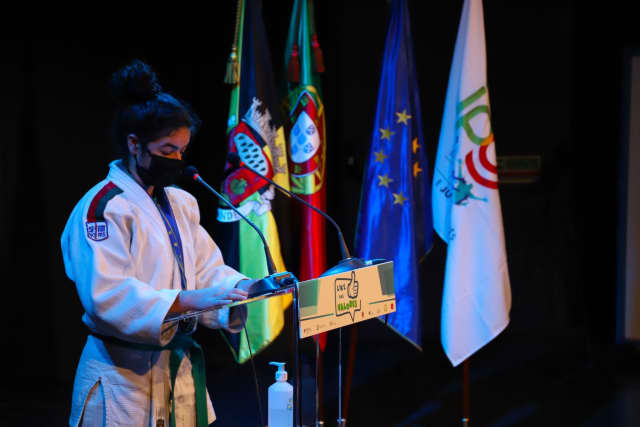 - João Paulo Rebelo,Secretary of State for Youth and Sport

- José Lima,Coordinator of the National Plan for Ethics in Sport

- Rodrigo Cavaleiro, President of the Authority for Preventing and Combating Violence in Sport

IBSA Judo
The Strength of Difference

GP Portugal 2023
A Preview for Another Great Year