23. May 2018
Share
Yasuhiro Yamashita should not be presented anymore. True legend of world judo, he is one of those names that every judoka knows and he is even worldwide known beyond the borders of our sport. As the Judo's road for Tokyo 2020 is about to be opened with the Hohhot Grand Prix taking place this weekend in China, the now President of the All Japan Judo Federation answered our questions about the big events that is about to take place in Japan within two years. 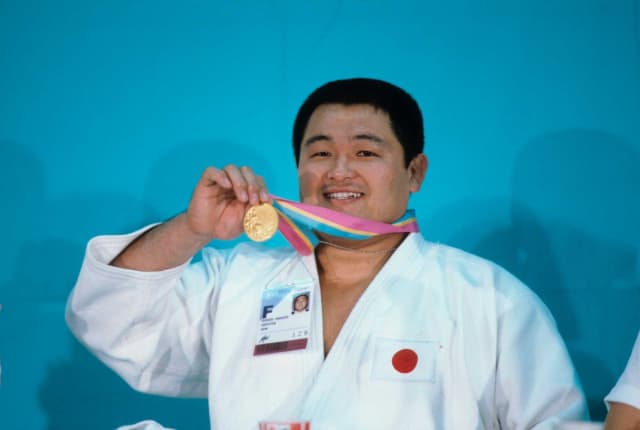 IJF: The Olympic Games are events that are special in an athlete’s career. For you, what is so special about the Olympics? What makes them different from any other competition? Yasuhiro Yamashita: The global reach of Judo and increasing level of competition, paired with the fact that the Olympics Games are held every four years makes the title of Olympic Champion prestigious. The Olympic Games are also special in the way that world unites to compete in the spirit of fair play, friendship and solidarity.

IJF: You were yourself an Olympic Champion in Los Angeles in 1984. What do you remember about that day? Yasuhiro Yamashita: Since the Japanese Olympic Committee boycotted the 1980 Moscow Olympics, I had to wait an additional four years to step on the tatami in Los Angeles. Having the opportunity to participate, and as a result win the Gold Medal in 1984 is one of my most cherished memories to this date．A lot can be remembered from this day. The confidence I felt through my preparation, the pain in my leg after getting injured- as well as the anxiety that followed, the joy after winning the final, and finally the feeling that “it was all worth it” when the flag was raised and anthem was played on the podium.

IJF: There was a day before the title, and a day after. What did the Olympic title change in your life? Yasuhiro Yamashita: Nothing much changed- apart from the feeling of accomplishment within me.

IJF: Do you have a special souvenir about the Olympic Games? It can be sport related or about any other subject concerning the event. Yasuhiro Yamashita: In the quarter-final bout against SCHNABEL of West Germany, I suffered a muscle tear in my calf. SCHNABEL must have saw me limping, because after the fight he approached me - he was concerned and asked me if my leg was okay. My opponent in the final, RASHWAN of Egypt was awarded the medal of Fair-play by UNESCO for his conduct.

At the end of the day, I shared the Olympic podium with both RASHWAN and SCHNABEL. During the medal ceremony, I remember RASHWAN offering me his hand, assisting me to step up on the podium.

I started my Olympics with rivals - and ended them with lifelong friends. 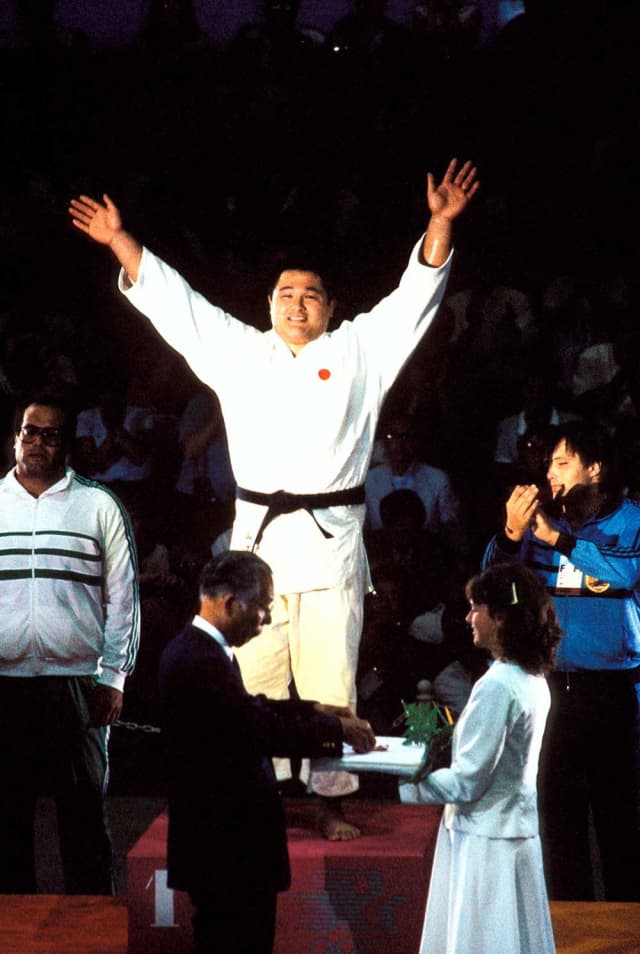 IJF: The Olympic Games are coming back to Japan after the 1964 edition. For judo it is an big symbol. Why and how? How special will it be to be back at the Nippon Budokan for judo? Yasuhiro Yamashita: Judo originated in Japan and is the first Japanese sport to be incorporated as an event at the Olympic Games. Judo is also one of the mandatory subjects in the public school physical education program, and most local community centres have a Dojo. The majority of Japanese people have tried Judo at one point in their life and can relate to it in some way. Therefore, we can expect the the Judo event to be the most anticipated event at the Olympic Games.

IJF: What do you expect from the 2020 edition of the Olympic Games? Could judo be Japan’s most successful sport at Tokyo 2020? Yasuhiro Yamashita: Judo has changed a great deal since the 1964 Olympic Games, it is now more competitive than ever. In Rio, a total of 136 nations were represented in the Judo event. What is more significant is that 26 nations succeeded in getting a medal at the highest level of competition- not to mention the many nations who fell just one step short. Speaking from the perspective of President of the All Japan Judo Federation, I fully trust Mr. Inoue Kosei as Men’s head coach and Mr. Masuchi Katsuyuki as Women’s head coach to lead the team Japan to success. But moreover, I sincerely wish that the performance of all the athletes in Tokyo 2020 will unite the world- inspiring the fans and giving them the courage to go after their dreams.

IJF: Judo is an Olympic Sport, one the fast changing one, making it a key-player in the Olympic movement. Why so? And do you think that having judo coming back to Japan will help to develop judo even further? Yasuhiro Yamashita: Many parallels can be drawn from the Olympic movement to the values which Kano Jigoro Shihan established when creating Judo. The values of education, international friendship and peace are fundamental aspects of Judo. With so much in common with Olympism, it is natural for Judo to be key-player among the Olympic Sports.

There is no doubt that Judo will be one of the most anticipated events in Tokyo 2020. I hope the hero’s born in Tokyo will develop Judo for generations to come. It is also great news that the 2024 Olympics will be held in Paris- another nation with a long history and teeming passion for Judo. 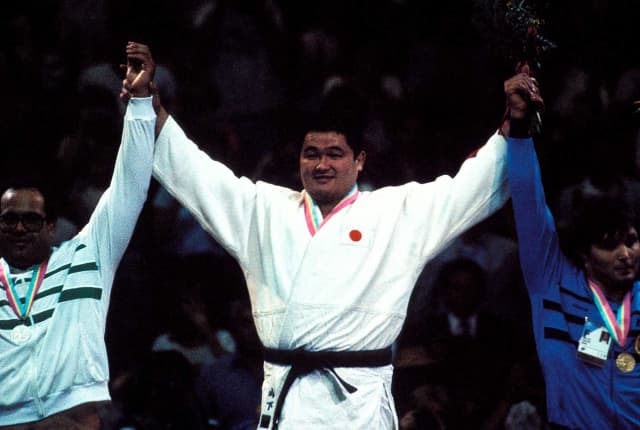 From the perspective of the athletes, the World Championships is the flagship event on the IJF World Judo Tour and will undoubtedly be one of the biggest stepping stones to the Road to Tokyo 2020. I look forward to observing the dramas unfold at this event.

IJF: Judo is more than a sport. It is more than a competition. Why do you think judo has that power to unite people? Yasuhiro Yamashita: The founder of Judo, Kano Jigoro-Shihan quotes: “The ultimate purpose of Judo, is the ultimate purpose of the human being, and I consider this to be the fulfilment of the self and benefit to the world.” I live by these words and I believe these words apply not only to Judo, but any other discipline or passion an individual chooses to pursue. I believe the fundamental principal is “Judo as human education”. Beyond winning and losing, I truly believe the life lessons through Judo will contribute to building a society full of real winners.

On the tatami, there are no borders, politics or religion- just two athletes, testing their skills in the spirit of fair play. Judo is a bridge that connects the worlds people, cultures and countries.

IJF: How do you see the role of Japan, where judo was founded, in the evolution of today’s judo? Yasuhiro Yamashita: Judo may have originated in Japan, but in no way does it belong to Japan. “Judo for all”-I believe this is how Kano Jigoro- Shihan intended it to be. I think Japan has an important role in promoting the practice of Judo. One way to promote Judo is through winning gold medals- but moreover Judo needs to be promoted as a tool of life long education as well as a platform for friendship, peace and international cooperation.

IJF: How will the Japanese team handle the immense pressure of fighting at home in Tokyo? Yasuhiro Yamashita: Very few athletes have the opportunity to compete in the Olympics in their home country. There is no doubt that the athletes will feel the pressure. However, the feeling of pride and joy of representing Japan- as well as the opportunity to prove their skills and achieve their lifelong dream will certainly be much more of an advantage.

Although Judo contests are one on one- there are many aspects about Judo that make it a team sport. You cannot practice Judo without a partner- it teaches us that nobody makes it alone. Every athlete on the tatami of the Olympic Games got there from the fierce competition from their rivals as well as the daily support and dedication from their coaches, training partners, fans and friends.