Gender Equity in Judo: Together we are stronger

13. Aug 2018
Share
On the occasion of the next Judo World Championships to be held from September 20 to 27 in Baku, Azerbaijan, the IJF Gender Equity Commission, led by Dr. Lisa Allan (EC Member and IJF Competition Manager) will organize the first conference on the subject of equality between women and men in judo. 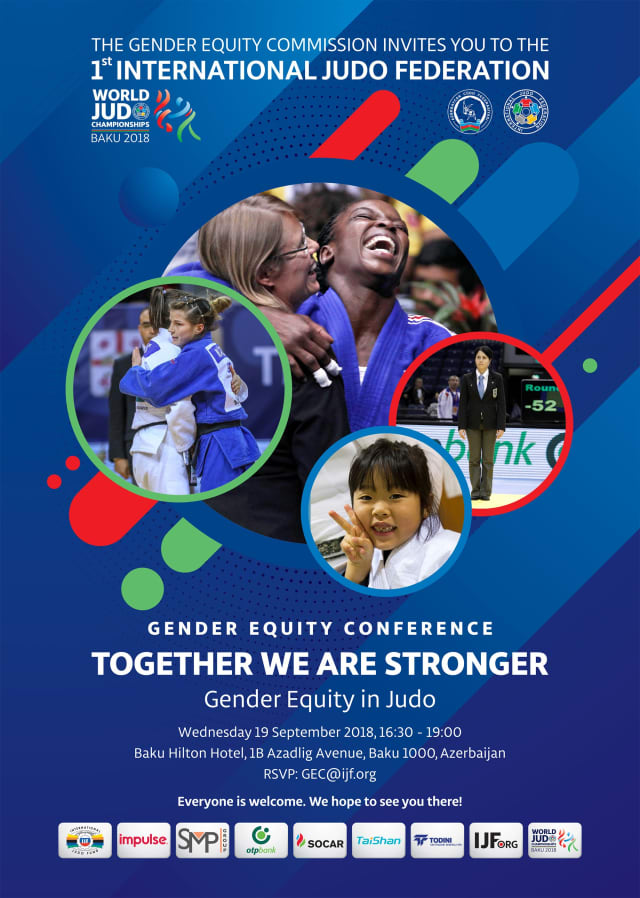 On the eve of the first matches of the World Judo Rendez-Vous, which will give its full breath to Olympic qualifying period that has already begun on the occasion of the Chinese Grand Prix, Hohhot 2018, the world of judo will look at the position and role of women in the sport. After the introduction of the discussion by the President of the IFJ, Mr. Marius Vizer, the debates will be based on the strong testimonies of Mrs. Rozalia-Ibolya Biro (Member of the Romanian Parliament), Sanda Čorak (Member of the IJF Gender Equity Commission and President of the Croatian Judo Federation), Yuko Fuji (Brazil), Driton Kuka (Kosovo), Akiko Amano (Japan), Majlinda Kelmendi (Kosovo), Sabrina Filzmoser (Austria) and Kate Corkery (Member of IJF Gender Equity Commission and President of the Australian Judo Federation).

More information about the programme: