Written by Nicolas Messner on 03. Dec 2021
Share
While at the Abu Dhabi Grand Slam a few days ago, the President of the Mongolian Judo Federation, HE President Khaltmaa Battulga signed with IJF President Marius Vizer, the return of the World Judo Tour to Mongolian territory (Ulaanbaatar 2022) and while Mongolian cadets and juniors are participating in the Asian Championships in Beirut, Lebanon, the Mongolian Judo Association is celebrating the 50th anniversary of the establishment of the organisation. 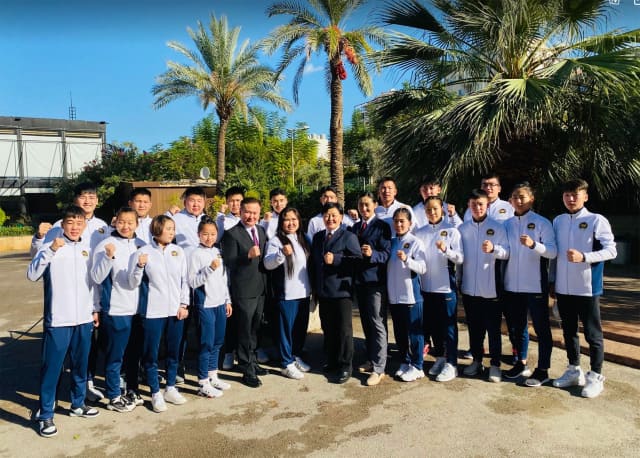 Mongolian cadets and juniors participating in the Asian Championships in Beirut, Lebanon celebrate the 50th anniversary of the Mongolian Judo Association

50 years is both long and short. What is certain is that within a few decades, judo has become a major player among sports in Mongolia and that the country shines around the world thanks to the results of its judo athletes, both men and women.

President Battulga said, "On behalf of the Mongolian judo family, this is a great honour for me to share our celebration of the 50th anniversary of the Mongolian Judo Association. I would like to thank all of you for being together in one great judo family."

Each time the national team participates in events, you can expect to see its members on the podium. This was again the case in Abu Dhabi recently with the victories of Tsend-Ochir Tsogtbaatar and Testsentsengel Odkhuu, who represent today's heroes and those of Mongolia’s future. 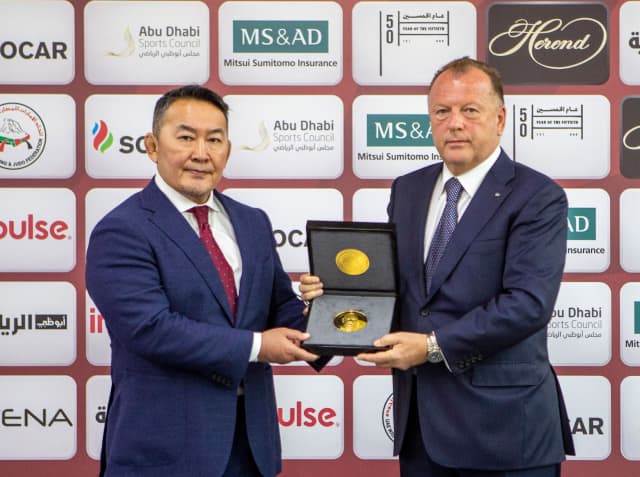 Mr Marius Vizer said, "On the 50th anniversary of the Mongolian Judo Association, I would like to congratulate you, also on behalf of the International Judo Federation. The Mongolian Judo Association is one of the most respected judo federations in the world, being a constant source of talented and devoted judokas, which are always shining on the international stage. The quality work and the promotion of judo values at all levels of the Mongolian society is a great example for the world and represents an inspiration for many. The International Judo Family highly appreciates the dedication and passion of all Mongolian judoka and the excellent collaboration for the development of judo in Asia and worldwide. On this occasion, I would like to wish you and all Mongolian judokas lots of success, many achievements and a healthy and prosperous future!"

This is no surprise and a clear consequence of the already long history of judo in Mongolia, that Mr Battulga received from the IJF President's hands the IJF gold medal in Abu Dhabi, the highest award of the organisation, in recognition of his dedication and his support of judo, not just in Mongolia but in Asia and worldwide.

If the Mongolian Judo Association was officially founded in 1971, the country had already participated in the Olympics Games in 1964 in Tokyo and last summer three more medals were added to the already long prize list of Mongolian competitors.

But judo in Mongolia is not only about top level competition, it is also about education and development. In 2017 a massive operation was organised, together with the IJF, to provide dental care to isolated populations while promoting the judo values among them.

Over 50 years, judo has become very popular in the country, both from a sporting point of view and from an educational perspective. A page is turned, another one is blank and ready to be written and it promises to be as beautiful and rich as those that came before. Happy anniversary to the Mongolian Judo Association and long live Mongolian judo!