Written by Pedro Lasuen on 25. Jan 2020
Share
Cathy Fleury, Olympic and World Champion, tells us what she thinks about the third day of the Tel Aviv Grand Prix 2020. 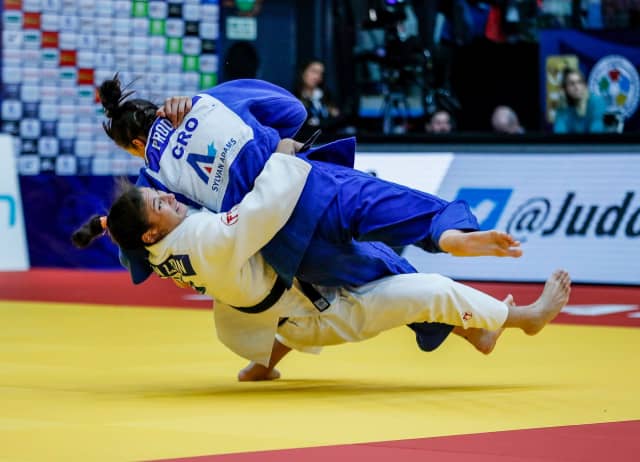 It has been a normal day, in its development. I want to say that, first, we have seen a very dense preliminary phase, where there has been a mix of good judo and less good judo. This is to be expected because there are many levels and so many different styles. In the final block, however, the general level was very even. I want to highlight the performance of Brazil’s Rafael Macedo in the contest for the bronze medal, in the -90kg category, against Sweden’s Marcus Nyman. For me it is the perfect illustration of the sense of balance, how to use the strength of the adversary for his own benefit. Macedo has impressed me, moving with amazing agility and intelligence. As I am French, I am going to allow myself a small dose of bias. I really liked the Frenchwoman Romane Dicko. She is young and has all the necessary skills to become one of the best. She just returned from an injury and has won gold in the +78kg category, displaying a very attractive and offensive judo. Finally, I have to talk about Israel. It has excellent judoka, as evidenced by the victories of Peter Palchik and Or Sasson. It reminds me of the Tbilisi Grand Prix. A very strong team supported by an enthusiastic audience of connoisseurs. It is very difficult to defeat an Israeli in Tel Aviv, as it is very difficult to win against a Georgian in Tbilisi. All in all it has been a good tournament, very complete, with good judo and diversity in terms of medals, and with a happy ending for the local team.