Written by Nicolas Messner on 22. Jan 2019
Share
The AIPS (International Sports Press Association) is holding its annual congress, gathering 1,273 participants from 119 countries, in Lausanne from January 21 to 24. Journalists and media representatives from all over the world are gathering together in the Olympic Capital to speak about sports press today. On January 22nd, IJF President, Marius Vizer, and 2007 World Champion, Ruben Houkes (NED) presented the work of the IJF in the field of development and education. 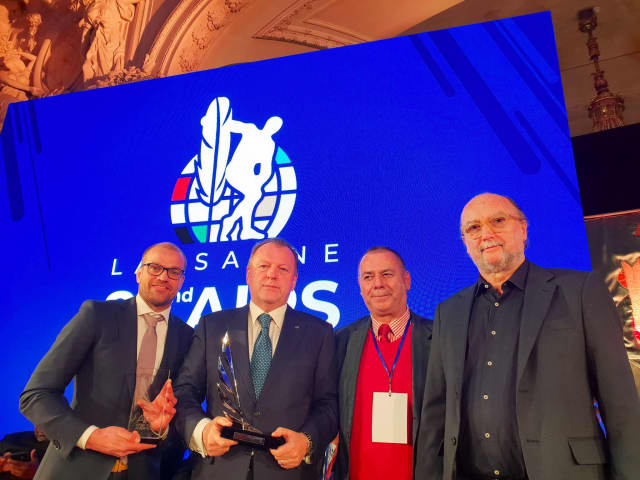 Following the presentation that was made a few months ago, during the IOC Olympism in Action Forum, held in Buenos Aires on the occasion of the Youth Olympic Games, President Vizer first explained how judo is present on a regular basis on the international media scene with its World Judo Tour. He also presented the upcoming World Judo Championships which will take place in Tokyo at the end of August 2019, in the same venue (Nippon Budokan) where judo was first introduced into the programme of the Olympic Games (Tokyo 1964).

But “As you know, judo is not only a sport,” declared Marius Vizer to the AIPS. “It’s a philosophy and a way of education.” As a matter of fact, Kanō Jigorō, the founder of judo, had the intention to better society through the value of sport.

Ruben Houkes, who became World Champion in 2007 in Rio de Janeiro, before stepping on the Olympic podium in 2008, in Beijing (bronze medallist), is also the founder of the Judo for Children programme in the Netherlands, a programme that has become an important development activity of the IJF as well, with its 'Judo in School' extension. Today 33 countries have already signed an contract with the International Judo Federation to foster the development of judo session for school children. For the last six months, Ruben and his team have been working tirelessly to develop a new strategy that will increase the popularity of judo throughout the globe.

'Judo is a growing sport with the power to educate, shape and teach people around the world', said the AIPS. During the presentation, a video (see above) was projected on the screen visually guiding the audience through the story of judo and how it has already impacted many kids and adults around the world. Programmes such as 'Judo for Peace' and 'Judo for Children', under the umbrella of the 'Judo for the World' activities, help to grow the philosophy and education of judo and through judo. The IJF is also actively supporting refugees and migrants to help them to build a better life.

Houke’s stories of children from around the globe who have been impacted by the world of judo, like this young child from the Netherlands, who was bullied at school but thanks to judo could overcome his problems, reached the crowd to show the impact of the sport that creates values such as honesty, respect and friendship.

On the 21st of January in the evening, IJF President participated in the first edition of the AIPS Sport Media award ceremony, in the presence of many personalities including IOC President, Thomas Bach. The AIPS Sports Media Awards recognize journalists that have submitted work from all over the globe and reward them for the work they have done (more information: http://www.aipsmedia.com/index.html?page=artdetail&art=25095&AIPS-Sport-Media-Awards-Sport-Media-Excellence-Back-stage) 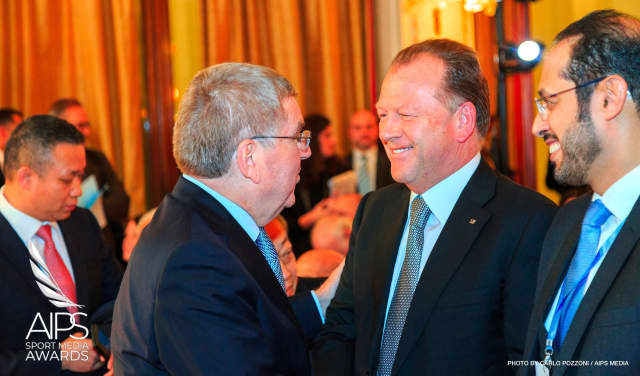 Among the principal objectives of AIPS are: • To promote closer links between its member associations and the sports organizations; • To develop the sporting spirit and solidarity among sports journalists throughout the world and to spread the ideals of fair-play in sports journalism and sports reporting; • To collaborate with organizations having as their objective the promotion of sport on a world-wide basis and to encourage them to facilitate the work of professional sport media; • To assist sports organizations which form mixed media Commissions and to help all sports organizing bodies by providing its experts to consult and advise in creating the best possible media service.