JU NO RI - The Universal Principle of Adaptability

Written by Nicolas Messner on 01. Oct 2020
Photographs by Nicolas Messner
Share
It is not possible to understand what judo is, if we do not perceive what its very essence is: the principle of JU NO RI. In a first lexical approach, this is commonly translated as the 'principle of softness,’ knowing that 柔 is used as opposed to 剛 to indicate softness compared to hardness. 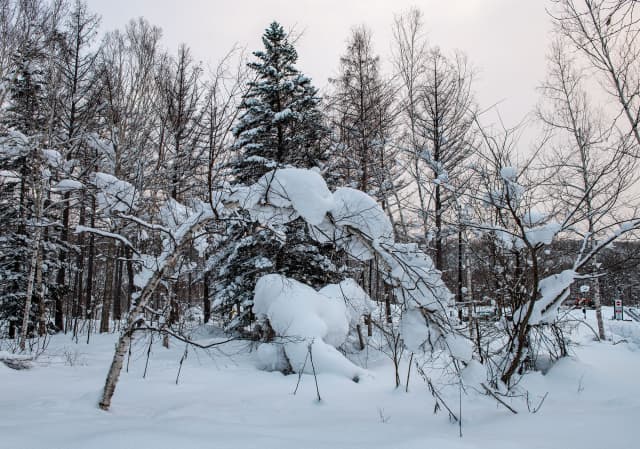 The principle of flexibility

To define what JU NO RI is, therefore, it is important to understand what 'soft' and 'hard' meant in martial arts usage when this word first appeared in Japan around the 17th century, in the term 柔術/jujutsu. This could, for example, be reflected in the contrast between weapons and unarmed techniques. The various 'jujutsu' were a means of overpowering and disabling opponents without using conventional weapons such as swords or spears. As such, classical jujutsu was not particularly soft or gentle, since it used strikes, among other techniques, that can still be found in many kata today.

You must only have attended one training session or a judo competition to conclude that gentleness or softness is not always the adjective that best relates to it, that first comes to mind. Judo is a peaceful confrontation, but a confrontation nonetheless, which puts in opposition two individuals whose technical, tactical and mental values will make it possible to determine the winner.

When Kano began to use the term JUDO, he borrowed it from jujutsu, the meaning of which had been established for centuries. What he changed, that marked a revolution, was the second word 道/DO, meaning a way or a path in the philosophical or spiritual sense, which replaced 術/JUTSU, meaning technique. 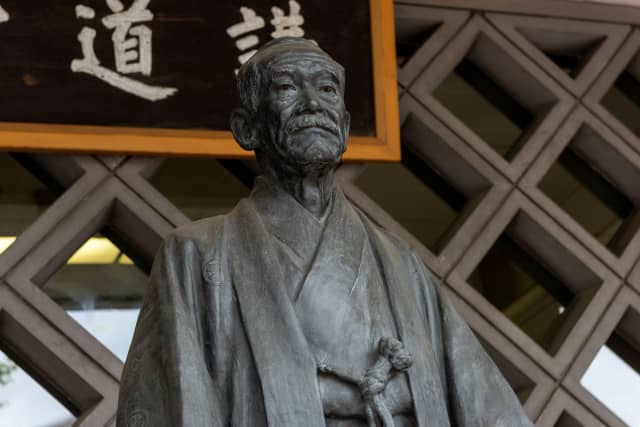 Kano Jigoro Shihan in front of the Kodokan

JU NO RI is therefore the first principle of judo, as defined by Jigoro Kano Shihan in 1882, when he revealed his invention and began to practise in the small Eishôji temple in Tokyo. It is the soul of our sport, so much so that it is fully integrated into the name Judo: the way of the Ju principle, the way of softness or flexibility, or the way of adaptability.

Kano wrote, “According to ju no ri, if you assume that my opponent is pushing me with a given force, then, without resisting that push, I adapt to that force and without just erasing my body, I exploit this push, add a little traction in my direction and thus, my opponent finds himself passive, unbalanced on the front. In other words, he loses his balance and can easily fall and if in this situation I place the proper technique, it is easy for me to throw him. If, on the contrary, my opponent pulls me towards him and without contenting myself with adapting to this pull and going in my direction, I add to this force a little push, then, as in the previous case but in the opposite direction, my opponent loses his balance and it is possible for me to throw him with a minimum of effort. I have given here linear examples of pushing and pulling forward and backward, but, this method - gaining the upper hand over your opponent by adapting to their strength - applies in the same way, whatever the direction is. I think that way you've figured out what roughly ju no ri is."

It can therefore be noted that 'adaptability' is better suited to the character of judo than 'gentleness' or 'softness,’ with judo being the ability to adapt to any given situation in a fight (or other) and being presented fundamentally as the key to success. This ability to adapt applies equally to the physical, mental and emotional dimensions. 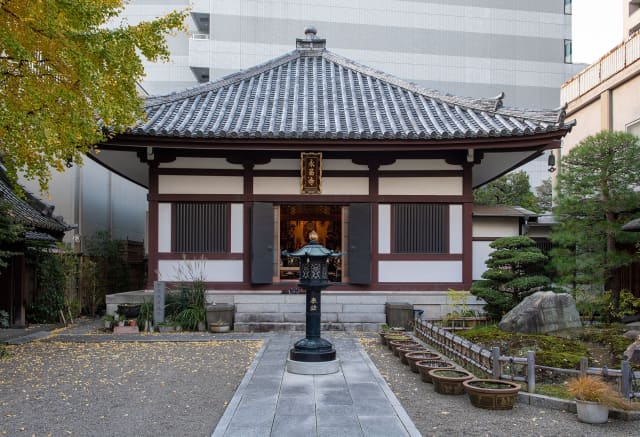 Ju implies non-resistance, rather than softness, a concept illustrated by the symbolism of the willow branch, which bends under the snow until the latter falls. It is less about softness, than an ability to give way to weight and strength. Later, Jigoro Kano extended the principle of ju no ri to seiryoku zenyo, knowing that it is not always possible to be flexible, to give in and to use the strength of the opponent in all situations.

In a few sentences, we understand that ju is the secret of judo, a secret in the hidden dimension it has, at the very heart of the name of our sport. Yet this mystery is clearly visible before our eyes, but do we always know how to see it? That is the question. It is by practising and learning throughout a judoka's life that, little by little, we can decipher all its dimensions and that is why the learning of judo never stops.

Knowing the etymology of Ju and being able to identify it are not guarantees of understanding its deep meaning. From the moment when we step on a tatami and put on a judogi, we take a path that should gradually guide us toward knowledge. Therefore it is not so much the goal as the way that matters, because it is throughout this journey that we can integrate the values and concepts that are included in Ju.

It is not that we practise judo and become as physically flexible as contortionists. Ju is not reduced to physical flexibility or physical suppleness. Ju sinks its roots deep in the secular history of hand-to-hand combat and in the principle enacted as early as the 5th century BC, by Lao Tseu in the Tao Te King, “the flexible overcomes the hard, the weak overcomes the strong.” 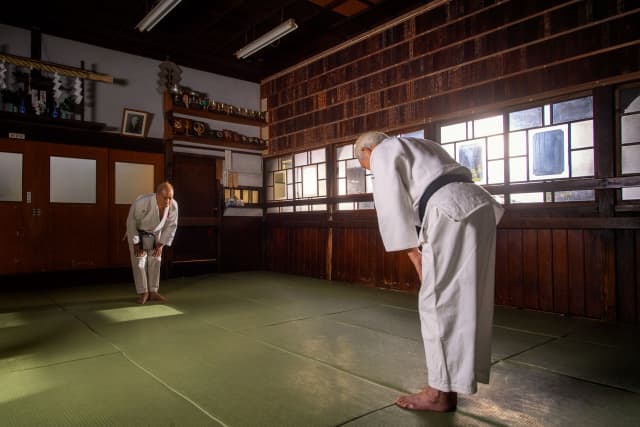 This concept implies that the victory goes to the one who is able to adapt their strength to that of the opponent and interferes in the faults of the posture of the latter, to use the force and turn it against them. This attitude applies on the tatami, in everyday life, as well as in all the situations that we can meet and it must make it possible to overcome all adversity.

There is beauty in this fight on equal terms, knowing that each of the two opponents has the same goal. This is of course an ideal, both technical and philosophical, which allows us to end any confrontation, instantly, by performing the perfect ippon. Yet the apparent simplicity of judo (throwing your opponent with force, speed and control, on to their back) becomes more complex when you add the philosophical dimension: to do it with beauty and simplicity. It requires an everyday effort that is not limited to the simple practice of a sport. This dimension separates judo, as an activity not in the same world of sport where only the goal counts. 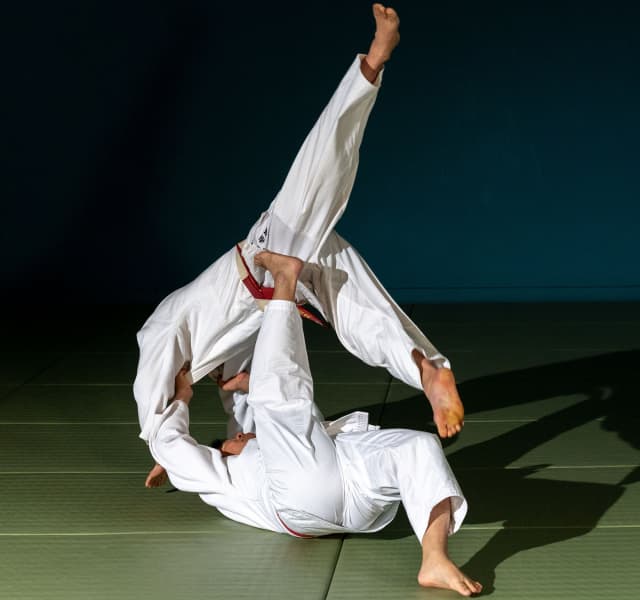 You have to show great self-control, be physically relaxed and mentally available, know and understand the imbalances as well as the movements, to reach this fullness of the judoka which should be the goal of each one. It is only because our body is ready to act and react and our mind is placed at the service of the latter, to guide us, that we can adapt to any situation and make the principle of ju a true philosophy of life.

Tokyo 2020
Kodokan: An Institution, A Legendary Place and a Training Venue