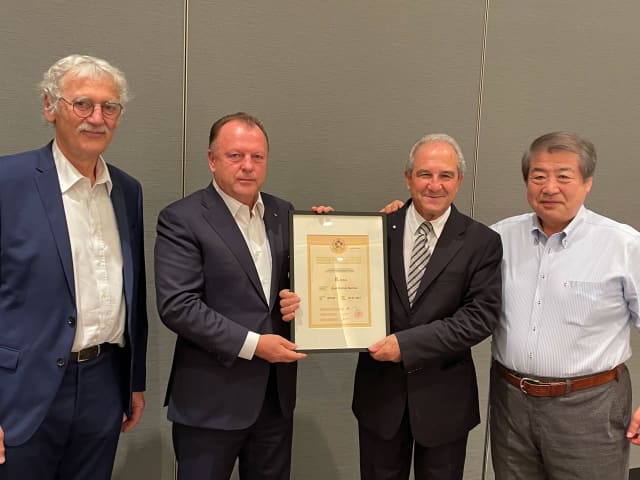 Juan Carlos Barcos declared, "It is a real privilege to receive my 8th dan from the hands of the IJF President himself, as well as from Jean-Luc Rougé and Haruki Uemura. To receive it here in Tokyo on the occasion of the Olympic Games is even more special. If you add that this is received after everything we went through over the past months, I couldn't be more happy."

For many years Mr Barcos has been a part of the IJF scaffolding and being in Tokyo for the first time in a different role, rather than as one of the Referee Directors, is very special. Receiving the 8th dan is again something that marks a judoka’s life.