Judo contributes to saving the Planet and instilling Peace

Written by Nicolas Messner on 19. Dec 2019
Share
It was already known that the International Judo Federation was very active in the field of peace. Since 2007, the IJF and the Judo for Peace Commission have been working to create the necessary conditions for a better understanding between people, with a particular emphasis on supporting refugees. In 2019, a new sector was invested by the IJF, that of the preservation of the planet, thanks to the combined action of millions of judo fans around the world who participated in the World Judo Day. 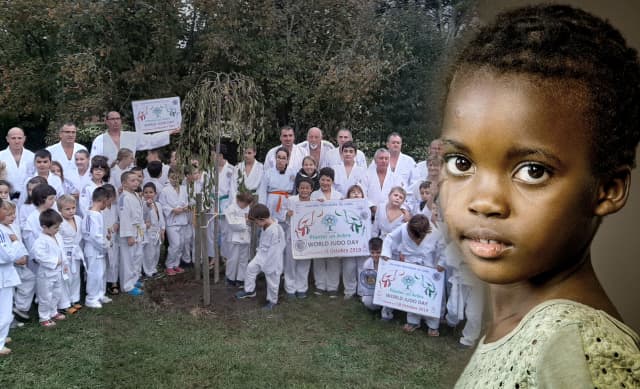 Since 2011, the International Judo Federation has organised a World Judo Day initiative (#WorldJudoDay) which takes place every year on October 28, the anniversary of the birth of Jigoro Kano, the founding father of Judo. For each edition a new theme is chosen which allows any judoka, club or federation to highlight the values ​​of our sport within their judo community.

In 2019, it was an original theme that had been chosen since judoka from all over the world had the opportunity to plant a tree. Because of this particular theme and the seasonal differences that exist from one country to another, from one continent to another, the project was launched in March. Italy was the first to react with several original events in Friuli Venezia Giulia. 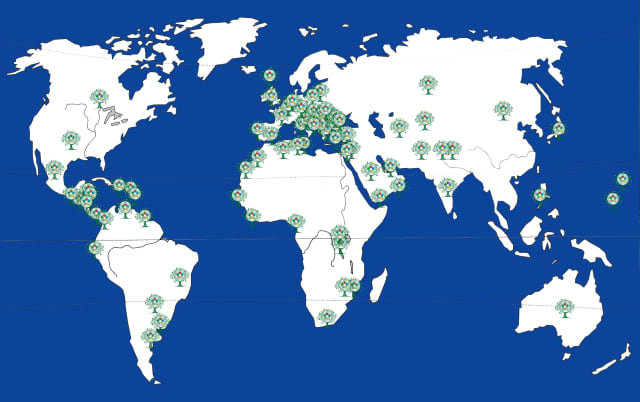 Following in the footsteps of our Italian friends, more and more countries became involved and little by little the 'global forest' of judo trees began to grow. Sometimes a tree here, like in Kiribati, in the heart of the Pacific Ocean, or in Jordan, in an other place, fifteen or so like in Russia or Panama, or even several hundred like in the Dominican Republic, Turkey or France, there are in the end about 6,500 trees in 85 countries that have taken root.

The idea of ​​launching this original initiative came from the recognition that our planet is in danger. Climate change and natural disasters seem to follow each other at a faster pace and it is the entire population of planet Earth that can be affected and suffer at any time.

Thanks to its educational dimension, judo has the power to reach millions of people, especially young people, on the five continents. The large number of testimonies received from actions taken at all levels, from isolated judoka to IJF President Marius L. Vizer himself, strongly demonstrates that the judoka family has acted strongly to ensure a better future to our children. 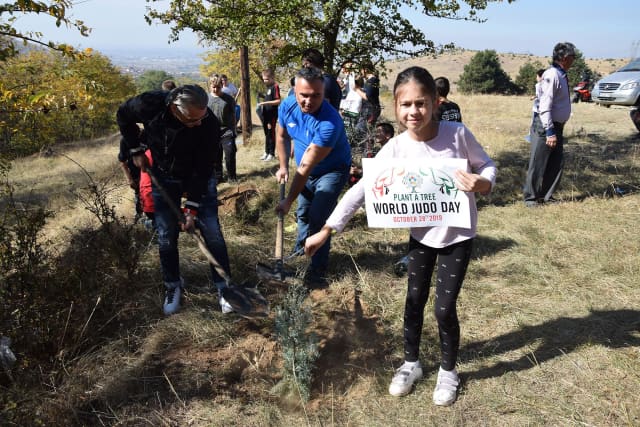 6,500 trees may seem an insignificant number given the magnitude of the impact of climate change on our lives. But through this programme that will find a continuation in the years to come, it is millions of young people who have been sensitized to the preservation of our environment. The programme 'Plant a Tree' did not stop on October 28th. Each judoka can still plant a tree and speak with simple words and effective actions of the absolute need to preserve our common home, the Earth. 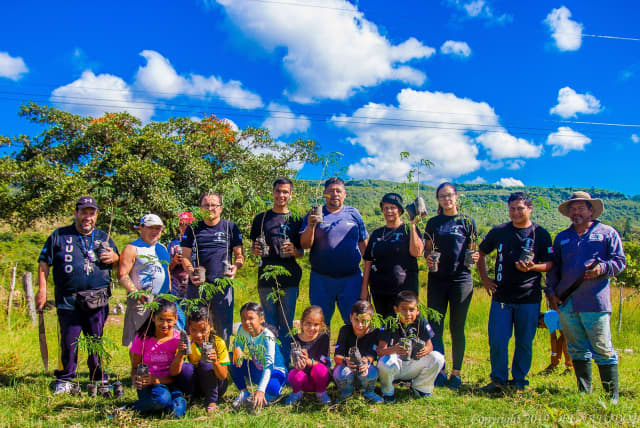 Preserving the planet and peace in the world are two ambitious objectives, some would say utopian, and which come together in several ways, as the predicted climatic disasters can generate new exoduses and situations of acute crises. Even if the challenge may seem insurmountable, the IJF has demonstrated that the values ​​carried by judo have the capacity to give a smile to thousands of people.

Today, four refugee camps around the world benefit from Judo for Peace programmes. The first launched in 2014, in Kilis, Turkey, in partnership with the Turkish Judo Federation, has already seen more than 2,000 young people pass on the tatami of the 'Container city', located on the Turkish-Syrian border. Supervised by a competent and dedicated local staff, the refugees were visited in 2019 by Pino Maddaloni, Olympic Champion in Sydney 2000, who was able to share with them very moving moments. While the project started with a few boys, it is now a mixed gender population that practices judo weekly. 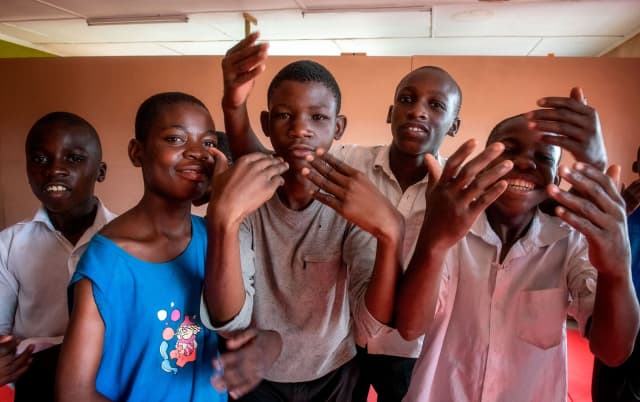 In Zambia, the Meheba refugee camp programme is gaining momentum. Thanks to the support of the Norwegian National Olympic Committee and the 'Judo for Fred' commission (Norway), in close partnership with the Zambian Federation and the NOC of Zambia, more and more young people have access to the practice of judo. Support from UNHCR and camp authorities has increased. Judoka refugees can now regularly participate in events in Lusaka, where in November 2019, they met refugees from Malawi, where the IJF launched its third programme in 2018 in Dzaleka camp, close to Lilongwe.

Also at the end of the year, a first visit by the Judo for Peace commission took place in Jordan, in the immense Za-atari camp, where, in collaboration with Peace and Sport, judo activities recently started. 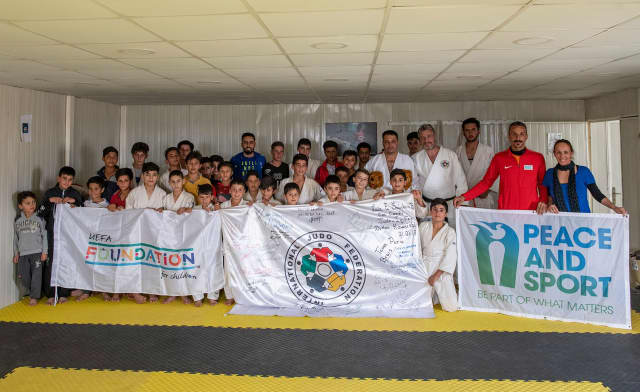 Judo for Peace activities were complemented by the action carried out in Ethiopia under the leadership of Johannes and Regina Daxbacher and by the large-scale programme led by Roberto Orlando, in Johannesburg, where he takes care of refugees already living in the countries but facing situations of exclusion and xenophobia.

It is not possible to talk about Judo for Peace and Judo for Refugees without mentioning the substantive work that the IJF is doing to give refugee top athletes, who are now part of the IJF refugee team, a chance, and as such may participate in the events of the World Judo Tour. 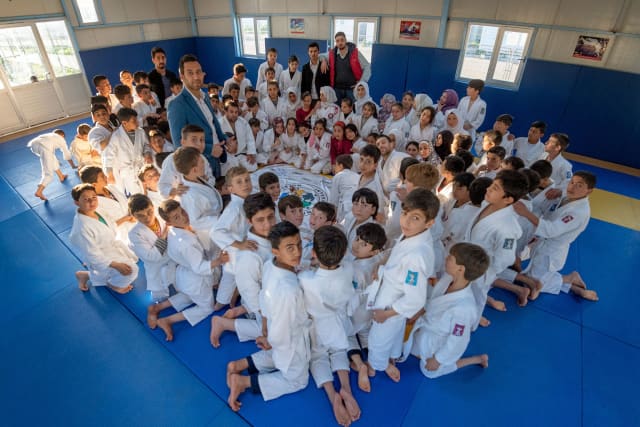 The smiles of the children and the medals of their elders help create the conditions for a better world. The work to be done is immense and can sometimes seem like a drop in the ocean of global crisis, whether ecological or social. Yet every drop of water, every little action can have a global impact. It is the idea behind the World Judo Day, the Judo for Peace activities or the Judo in Schools programme which is now active in more than 40 countries around the world.

It is the mission of the IJF to continue this, in the logic of development that had been driven by Jigoro Kano since the founding of judo in 1882: "Judo is the way to the most effective use of both physical and spiritual strength. By training you in attacks and defenses it refines your body and your soul and helps you make the spiritual essence of Judo a part of your very being. In this way you are able to perfect yourself and contribute something of value to the world. This is the final goal of Judo discipline."