Judo embarks on positive road to Tokyo 2020 and beyond

Written by Mark Pickering on 09. Jan 2017
Share
Judo ushered in a new area on Friday and Saturday in the 2018 World Championships host city of Baku in Azerbaijan as the newly-adapted rules were presented to coaches and referees.

The International Judo Federation has acted quickly post-Rio 2016 to build on the momentum of the IJF World Judo Tour and the hugely successful London 2012 Olympics and Brazil’s triumphant first Olympiad.

An adapted set of rules (which will be trialled from January – August) was announced in December, following key meetings between the IJF Executive Committee – who were joined by media representatives – in Abu Dhabi and Tokyo, to drive the sport forward and make judo more dynamic and understandable and accessible to non-judo fans. 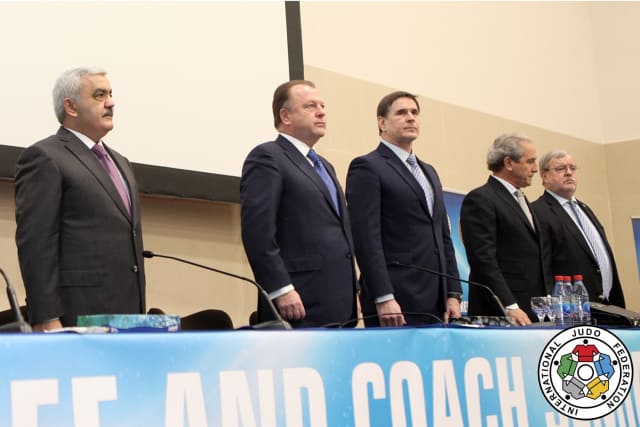 The two-day seminar, which was streamed live on the IJF YouTube channel and held at the IJF Baku Grand Slam venue (Heydar Aliyev Sport Palace), attracted 365 representatives from 98 nations. The coaches and referees will themselves present the new rules to their peers and national teams upon their return home to disseminate a uniform landscape and understanding ahead of new season.

Day one opened with a theoretical session on Friday morning as the adapted rules were outlined by IJF Head Referee Director Juan Carlos Barcos. 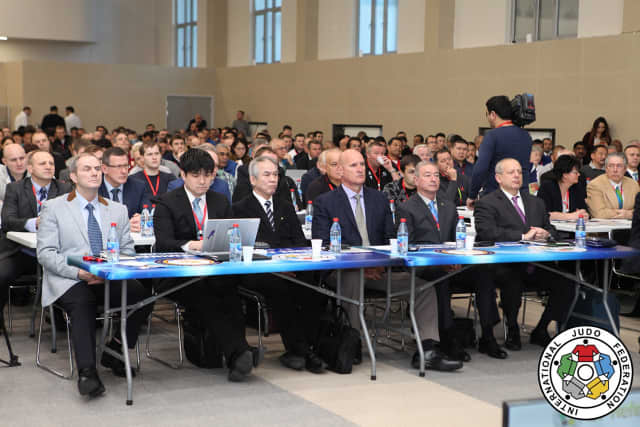 Saturday saw a resumption of the technical analysis before a presentation of coach training opportunities and the Olympic solidary scheme by Mohamed Meridja, IJF Education and Coaching Director. IBSA Judo, the International Blind Sports Federation, who signed a second and expanded MoU with the IJF in 2016, presented their rules and their plans to implement the new IJF rules while retaining their specific nuances for visually impaired and deaf judoka. A final theory session reviewed several scenarios as 150 clips were presented to show situations such as pushing out, bridging, waki-gatame, ne-waza or tachi-waza, waza-ari or ippon. 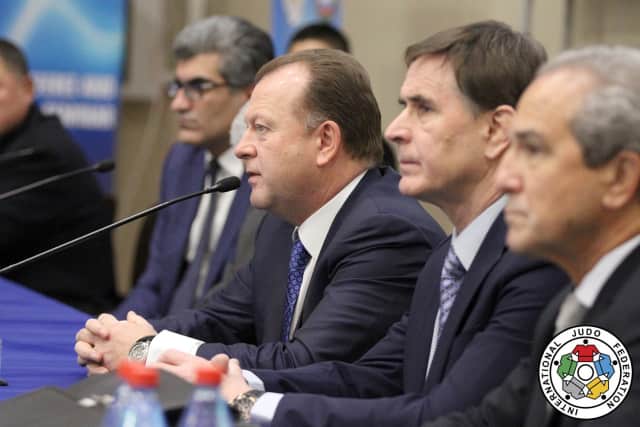 Mr. Marius Vizer, IJF President, was present in Baku and at sessions on both days while also hosting a live Twitter Q&A session on Saturday evening.

Mr. Vizer said: “Dear Mr. President, dear judo family members and colleagues, I wish you all a Happy New Year and wish you all a lot of success in 2017.

“We had a successful 2016 which had a lot of positives and we are now in a moment when all judo the world, including media and sponsors, are expecting us to take the next steps. All IJF projects developed from 2009 will be visible to all sectors this year.

“When we speak about changes, they not just impact the referees, coaches and judoka but also media, development projects, finances and the global development of judo. The changes will be major changes. We do this to open judo more to the public and to be an open sport to the entire world.

“Previously amendments to the rules have been met with some negativity because some individuals have a conservative mentality. Today we have different comments and attitudes. We have a different community who appreciates our vision and creativity.

“We will make an evaluation of the rule changes after the World Championships 2017 in Budapest. If there is something very significant then we will analyse it and make the necessary changes. The IJF strategy is based on the proposals of all national federation’s, continental unions, the IJF Executive Committee, to continue the growth of judo.

“Next year Baku will host the 2018 World Championships and I want to thank the Azerbaijan Judo Federation, and SOCAR, for their great support and for staging a very successful seminar.” 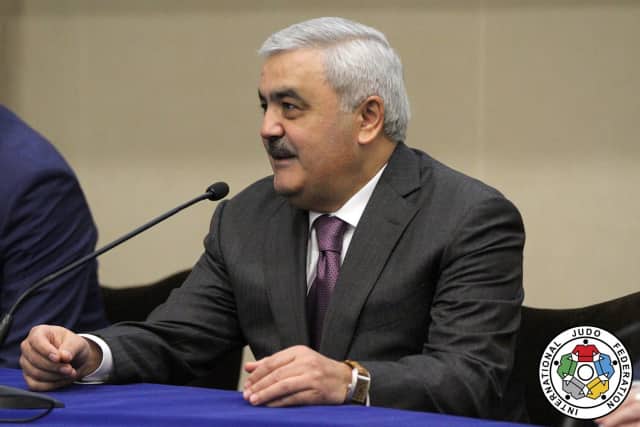 Mr. Rovnag Abdullayev, Azerbaijan Judo Federation President, said: “Dear Mr. Vizer, dear judo family members, I wish you all a Happy New Year. Judo is one of the most popular sports in the world. We are very proud to have hosted this seminar – which is key to the future of judo – in Baku.

“We currently have three Azerbaijan judoka who are world number ones and we are proud of our athletes and our contribution to this sport. It has been a pleasure to see you all here and I hope you have enjoyed our country.

“I thank Mr. Vizer for his support and for organising this event in Azerbaijan. I wish you all a wonderful year and hope to see you in March at the Baku Grand Slam 2017.”

Adams, who received the IJF Expert award in December at the Tokyo Grand Slam, demonstrated examples of the new changes with an emphasis on the kumi-kata.

The double Olympic silver medallist said: “The new rules are a culmination of our research of the last Olympic cycle and create a path for judo to be more dynamic. I believe these changes will lead to less shidos, more ippons and overall a more positive presentation of our sport.

“I was pleased with the reaction of the coaches and referees to what was delivered. Coaches need to have a positive approach to the changes to enable their athletes to quickly adapt to them and show their best judo. The kumi-kata will be vital with the loosening of the gripping restrictions and judoka now have more freedom to engineer attacks and that will be very interesting to follow in this trial period for the rules.

“I feel that the seminar was very successful and I look forward to seeing the progression of our sport on the IJF World Judo Tour this year and in the next Olympic cycle.” 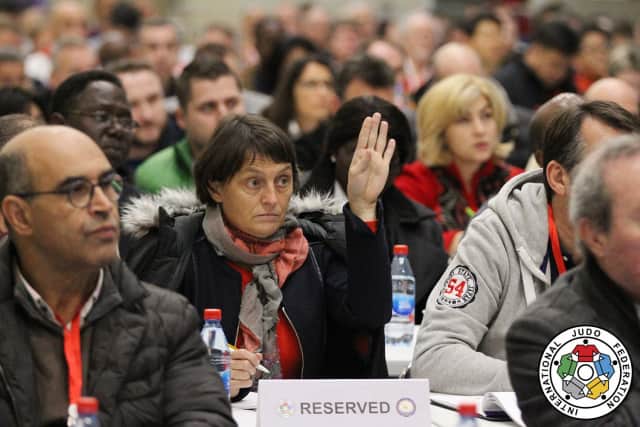 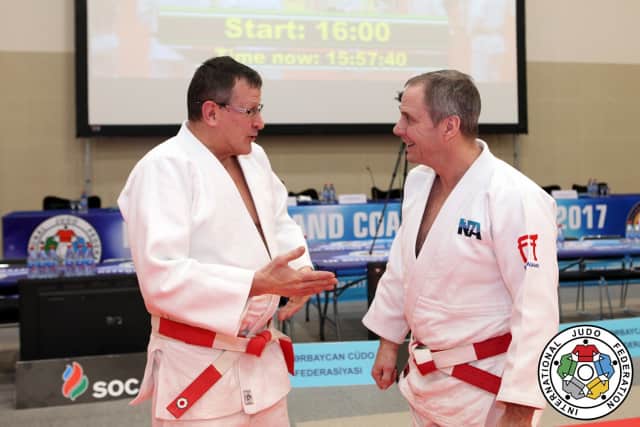 News
Judo For Peace, a Door Opener to World Peace