Judo Roots: It’s great to see that judo is spreading in Israel

30. Jan 2019
Share
Ahead the first Grand Prix of the year, the IJF arrived early in Israel to visit the country’s Judo in Schools program. The program, which is named ‘Judo Roots’, is coordinated by the Israeli Judo Association and is active in around fifty schools. Together with Amit Avner, project leader, the IJF visited two primary schools in Abu Gosh and Jerusalem. By Esther Stam 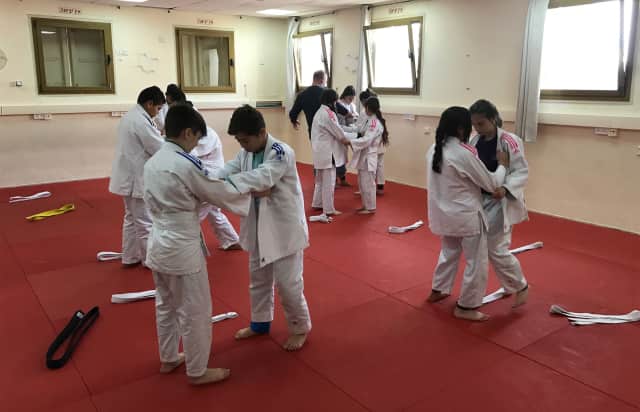 “After a pilot, we started the project last October. It quickly became much more than just a sport project. It’s a social project where all children in a school have the opportunity to do judo, which is wonderful. It’s one of the reasons why I believe the project is very successful in Israel”, said Amit Avner.

The first stop was at Hashalom Elementary School in Abu Gosh. Miriam Harab, the principle of the school explained that she is very happy with the project: “Before the project, the children were quite aggressive sometimes. Especially the children that are not in judo, they were provoking the kids that were in judo. Now everybody is practicing, so everybody is the same and they are not fighting anymore. The children that formerly couldn’t afford to go to judo in the afternoon feel equal to the others.”

She is also very happy about Abu Kaf, the judo teacher. “He is not only teaching judo, but also other skills. He is very polite and knows how to work with children.” 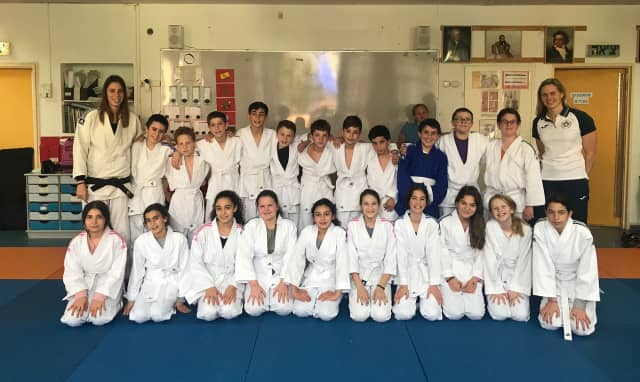 Amit explained that the cooperation with the municipality is particularly good and that thanks to Muhammad Jaber it is possible to have judo in three of the four schools in Abu Gosh: “Our goal for the first year was to support around 30 schools. But because so many schools are requesting the program, we already are working around 50 schools. It’s a big challenge, because we give every school a tatami. That is why the support from the municipalities is essential for the success of our program.”

The second visit was dedicated to Efrata School in Jerusalem. Upon arrival, you could immediately tell that the children liked their teacher, Lahan Deri, who is also a second-grade teacher in the school. When she talks, the children stay quiet. But when she asks something, they are laughing with her. It looks like she created a really nice environment to play and learn at the same time. One of the boys said: “I really love judo. I did it a long time ago and now I started again. I think it’s very useful for life. You have to use your brain and really be smart. It’s also nice to be able to release your energy.” A girl added: “We have many lessons in the classroom where you have to think a lot. It’s really nice that here we can play around. It’s a nice change. Also, the teacher is really nice and entertaining.”

Yoel Libster, chairman of Judo Club Meitav, joined the visiting team as it is the teachers from his club that are working in many of the schools: “We see judo as an educational sport that teaches children about the values. That’s why it’s important for us that the judo teachers become part of the school. They are the ambassadors of judo. They will meet with the teachers and the children and get to know them. They will create a good environment for the children to learn life skills.” 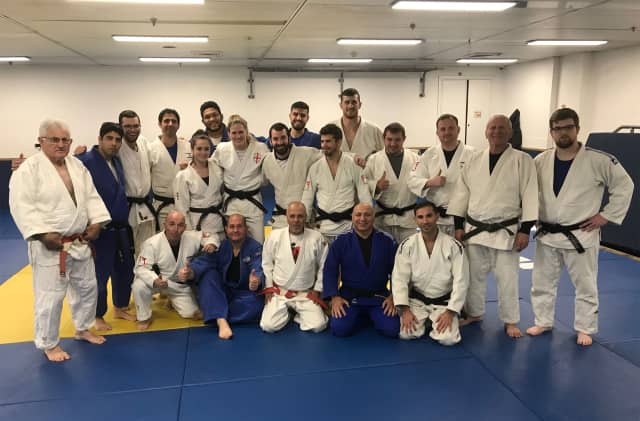 Amit concluded: “It’s a great opportunity for the clubs to show judo in the schools. Many of the parents take their children to judo clubs after that. It’s great to see that judo is spreading in Israel.”

First of its kind seminar for IJF Judo in Schools in Tel Aviv The IJF Judo for Children commission has been making tremendous steps in the development of judo for children/judo in schools programme and its values. With the plan of action, the aim is to support countries to roll out a successful school program where children can learn skills for life.

On the eve of the first Grand Prix in Tel Aviv, together with the IJF, judo teachers from all over Israel discussed their Judo in Schools programme. The day was opened by Moshe Ponte, president of the Israeli Judo Association, who is very passionate when it comes to judo in schools: “We want to have judo in every school in Israel.”

In small groups, the judo teachers from different clubs shared knowledge and brought up different questions: How to connect the values and history of judo to the classroom and home situation? How to make the school teachers and parents understand the educational value of our sport? There were also more practical questions like: how can we make sure enough judogi’s are available? And, what are inspiring judo exercises for the children?

It was great to see teachers from all over Israel coming together and thinking about the challenges and possibilities of the project. They all presented great ideas, not only for Israel, but also for the rest of the world:

1.     Include all the stakeholders a.    Invite all school principles for a workshop/seminar to teach them about the history and values of judo. b.    Organize judo lessons for school teachers, so they also experience the sport.  c.     Organize activities for the parents and kids together. d.    Create WhatsApp groups with the parents, so you can send them pictures and videos and they can ask questions.

2.     Make it attractive and visible  a.    Everybody in the streets can see sports like football and basketball. Organize an outside open training in the streets or in a shopping mall. b.    Work on the marketing with stories about the positive influence. For successful people, people with difficult backgrounds, etc. c.     To make it more attractive for girls, explain to the parents and schools that judo also teaches the girls self-defense.

3.     Create personal success for the children a.    Create a different grading system where the children are not only tested on judo skills, but also on life skills. b.    Create a continuous program for the six years of primary school. The first years you learn the basics, after that the children get more advanced. c.     Give the children the opportunity to be a teacher after the program in schools. 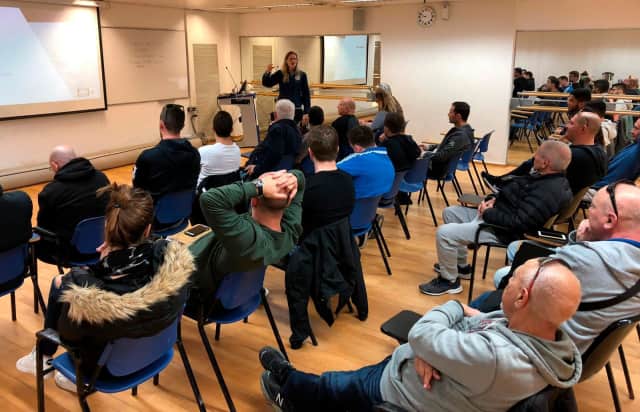 After the workshop, the IJF showed examples of other countries, for instance the Schooljudo in the Netherlands and talked about learnings for ‘Judo Roots’. It showed them how to connect the values to the classroom and home situations and how to market the project.

With that knowledge, the teachers had an afternoon session on the tatami. Together they thought about how to emphasize on the values of judo during the judo lessons in schools. It was great to see different generations of coaches working together and inspiring each other to build a stronger judo lesson.

In the end of the afternoon, all teachers went back to their clubs to teach children judo, with new knowledge and inspiration.