Written by Jo Crowley on 01. Feb 2021
Photographs by Emanuele Di Feliciantonio
Share
When a 19 year old student, Giovanni Gottardi, suffered an unexpected heart attack while riding his scooter home from dinner at a friend’s house, the resulting crash left him silently facing death.

Through sheer luck, 2 passers by were close enough to realise immediately that this was a grave situation and they didn’t hesitate, reaching the teenager quickly and getting straight down to work.

Fernando Marverti, judoka and self-defence instructor for the local Italian police said, "We put him in position and I gave him cardiac massage, following detailed instructions from the emergency services phone operator. During the first 5-7 minutes the boy did not react at all, but then there was a gasp that gave us hope that our maneuver had helped him resist. We did everything we could not to let him go before the ambulance arrived."

Fernando’s wife, Sara Vacca, also a self-defence instructor recalled, "He looked dead; he wasn't moving. Only a very deep and scary rattle made us realise he was alive and so we immediately called the emergency services, described the situation and tried to carry out all of their advice.”

The incident was reported in newspapers and on social media and Giovanni’s father was unequivocal, "My son is alive thanks to the heart massage explained over the phone. The two angels who brought my son back to life, if it were not for them, for their sense of civic duty and their courage, Giovanni would no longer be with us. Not everyone has the courage to give a heart massage to a boy in such a serious condition. We had luck, but I want to say to everyone, if you pass by the scene of an accident, please stop and intervene. You could save a life.”

The 19 year old is recovering in his home city of Verona, following 5 days in a coma and numerous surgeries. His return to normal will be a long road, but he is on his way thanks to Fernando and Sara and their natural adherence to the values of judo. Their courage and their intrinsic sense of jita kyoei kicked in automatically and gave Giovanni and his family a chance.

Although Giovanni doesn’t remember the accident or the life-saving actions of the couple, he has had a chance to thank them via video call and is looking forward to meeting them when he is discharged. Sara added, “He immediately thanked us with tears in his eyes. We can meet up when he has recovered. We have been martial arts instructors for 30 years and are used to dealing with unexpected and sudden emotions and situations, but I had never done heart massage before and the pleasure of knowing I saved a life is huge.”

Giovanni aims to get back to his studies at the Technical Scientific Institute of Verona, as soon as he can. Prior to the accident he had no health problems and it is thought that he will make a full recovery. 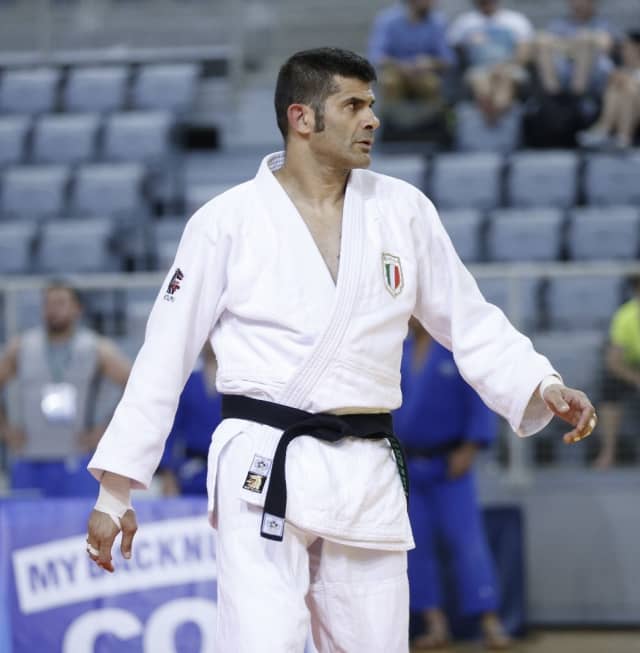 Judoka Story
I Know Where I Am

Editorial
Our Dress Code: a Language We All Speak

Editorial
Have You Noticed...?

Judo Values
Politeness: It's the Respect of Others