Kalonga’s Drive brings him a First

By Christian Pierre on 23. Feb 2019
Share
Cedrick Kalonga (-81kg) from the Democratic Republic of Congo and 223rd on the World Ranking wrote some personal judo history today in Düsseldorf. 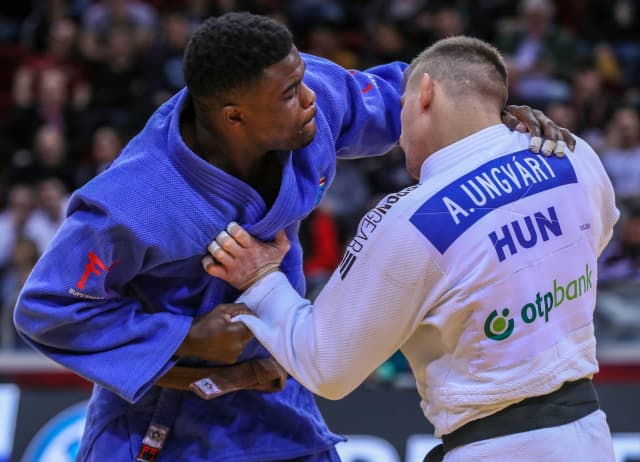 Cedrick has been traveling the IJF World Tour since November 2017 when he debuted at the 2017 The Hague Grand Prix in the Netherlands. Düsseldorf is his ninth appearance on the Tour and marked a clear highlight for the 24-year old judoka winning his first fight.

In Düsseldorf the Congolese judoka, still a brown belt, beat Sacha Denanyoh from Togo. After his first ever victory Cedrick was elated clapping his hands and celebrating. The crowd celebrated with him. Surviving the first round, his next opponent was Attila Ungvari (HUN) who’s 21st on the World Ranking List and who beat him with ippon. 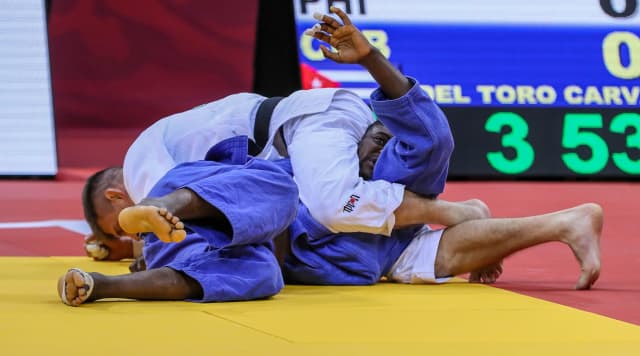 Kalonga (COD) beaten by Ungvari (HUN) in the 2nd Round

“I’m very determined to make a difference this year,” Cedrick commented. “The World Tour is a fierce competition with many high-profile athletes. It’s not easy. I prepare myself as best as I can because I need to do better. I’m giving it all I can! Hopefully, this victory will set things in motion in my home country. More funding, more facilities. As you can see, there is no coach, no physiotherapist on the circuit with me. It’s tough, but I’m determined. I live for judo.”

Overjoyed by his first victory, Cedrick is strongminded to continue. “This is what judo is all about,” he continues. “Falling down and getting back up. My next participation is in Marrakesh for the Grand Prix. Back on African soil, which will feel a bit like home. I will give it all.”