Siblings on the Tatami

By Christian Pierre on 22. Feb 2019
Share
What are the odds … twins on your team …? However, not one pair of twins … but two. The German team can boast this incredible fact having the Stoll sisters and the Ballhaus sisters defending the German colors on the tatami! 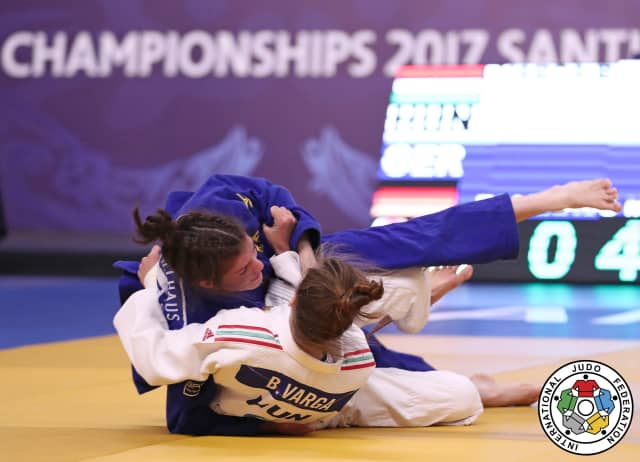 19-year old Mascha and Seija Ballhaus are the youngest pair of twins. Mascha Ballhaus became the European Cadet Champion in 2017 in Kaunas. She captured a silver medal at the Cadet World Championships in 2017 in Santiago de Chile. Mascha also won the team title with Germany. With the German Junior Team, she won bronze at the World Mixed Teams in 2017 in Zagreb. She took bronze at the European Cup for seniors in Celje in 2018. Her twin sister Seija took the Cadet World title in 2017 in Santiago de Chile. She won a bronze medal at the European Cadet Championships in 2017 in Kaunas and together with Mascha she was also on the German girls’ team that won the gold in Kaunas.

Although present in Düsseldorf, Seija did not compete. “This year I changed my weight category to -57kg, hence I didn’t make the cut so far. However, I came to support my sister,” she explains. Both sisters train together and also compete together. “It really helps,” says Mascha. “The fact that Seija did not compete on the tatami, but nevertheless was physically present, didn’t make it too much different for me. My sister was here, she was my warm-up partner, she was there for me, just like always.” 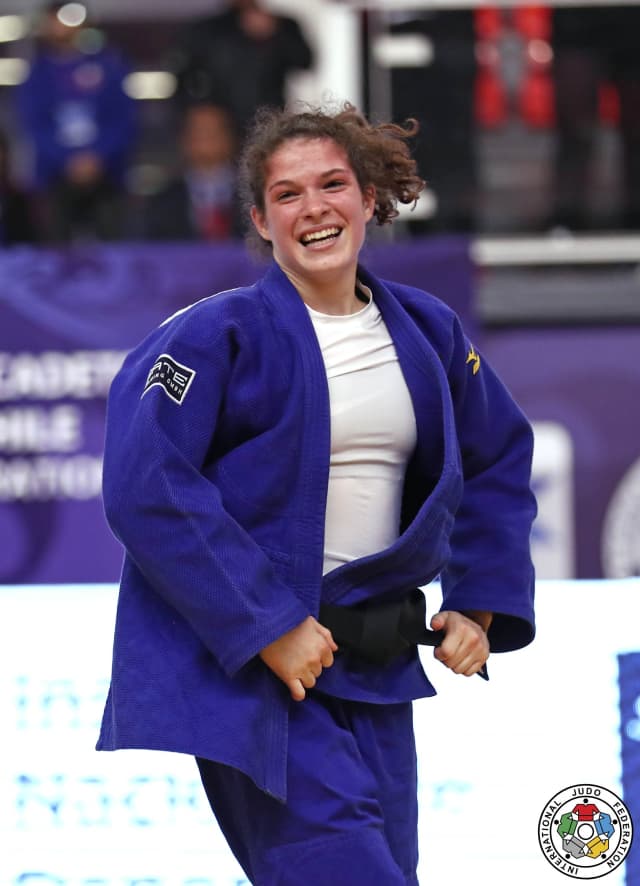 Watching each other compete is more stressful for the twins than competing themselves. “When she loses, I’m also saddened and then I also have to refocus again on myself. I’m very nervous when she fights”, claims Mascha. Seija confirms. “I experience the same,” she says. Twins, similar minds.

“It’s pretty cool that we’re not the only twins on the squad,” states Mascha. “Two pair of twins competing for Team Germany on the tatami. Moreover, both Amelie and Theresa are pretty strong. Having a sister on the same team is just great. You always have a partner and someone to support you. We both have the same goals, so we can also push each other.” 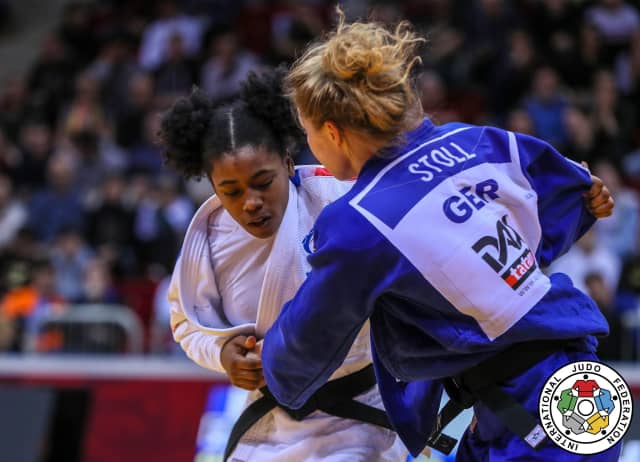 The Stoll siblings are their example. “We admire them a bit and want to follow in their footsteps,” says Mascha.

Theresa’s twin sister Amelie currently is on the 21st spot in the World Ranking. She won silver at the national senior championships in 2014 and won various medals at Junior level. She won the senior European Cup in Saarbrucken in 2016 and took medals in Boras, Uster and Celje. In 2014 she won the European Cup for Juniors in Paks. She became European U23 Champion in 2017. She captured bronze at the Grand Prix in The Hague in 2017 where her twin sister Theresa won silver. She took a bronze medal at the Grand Prix in Tbilisi and Tashkent in 2018. 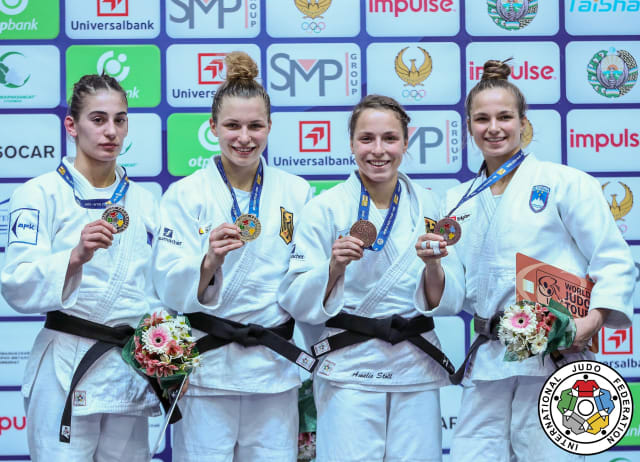 Stoll twins on the podium

Amelie Stoll confirms what the Ballhaus twins experience: having your sister on the same team is clearly an advantage. “We are fighting and training together. We also do pre-fight warm-ups together,” she says.

“Being together also pushes one another to work harder,” Theresa adds. The Stoll twins also agree with the Ballhaus twins that it’s more stressful to watch your sister compete than fighting yourself. “I’d rather be fighting myself than watching,” says Amelia. “Because you are just standing there and you can’t do anything to help,” adds Theresa. “You can only watch and cheer.”

Theresa Stoll ended with the highest score at the Düsseldorf Grand Slam. She lost the bronze medal bout in the -57kg category and placed fifth.