Last Stop in Japan before the Olympic Games

Written by Nicolas Messner, Marina Mayorova on 21. Nov 2019
Share
For three days, the eyes of judo fans around the world will be focused on Japan, since the Osaka Grand Slam is about to open its doors, from 22 to 24 November, in the large port city and commercial center on the Japanese island of Honshu.

While President Marius Vizer was in Budapest today to sign an important partnership agreement with the University of Budapest as part of the IJF Academy programmes (https://www.ijf.org/news/show/ijf-and-university-of-budapest-signed-a-cooperation-agreement), it was the IJF General Secretary, Jean-Luc Rougé, who welcomed the heads of delegations during the official draw of the competition: "I want to congratulate and thank the AJJF, its President, Mr. Yamashita and his team, for the tremendous work that has been done to organize this event, in less than one year prior to the Olympic Games in Tokyo. Because judo is not only about competition, I want also to thank the Kodokan and Mr. Uemura for the continuous support they are offering to develop judo worldwide. I want to especially underline the work that we have conducted together to create the new Kata for children, that was presented for the first time during the World Championships in August, and that you will see again here in Osaka. 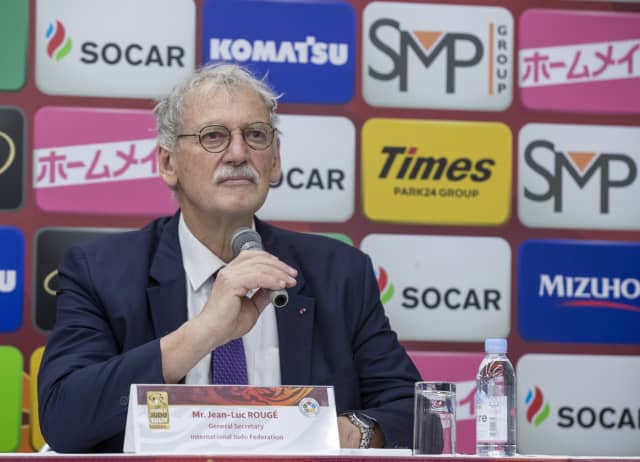 “This year we have an important participation as 486 athletes from 87 countries will be present on the tatami to reach the podium and also to win important points for the Olympic qualification. Judo is a major sport in the Olympic movement, with more than 120 countries participating in the Olympic tournament. We are working tirelessly to keep developing our sport. I wish you all good luck for the three upcoming days of competition in Osaka.“ 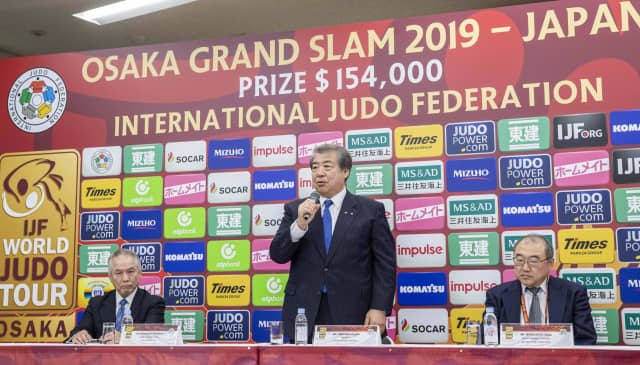 Mr. Haruki Uemura, President of the Kodokan said: “It is a great honor to welcome all the delegation in Osaka on the occasion of the 2019 edition of the Grand Slam. We are very proud to see so many countries and judoka. We are all looking forward to seeing you in Tokyo next year. This will be a special moment. Judo will play an important role during the Olympic Games. Together with the IJF, the AJJF, and the Olympic movement, we are attached to the judo values of friendship, respect and fairplay. I wish you all the best during this Grand Slam, and I wish you a beautiful stay in Japan.“ 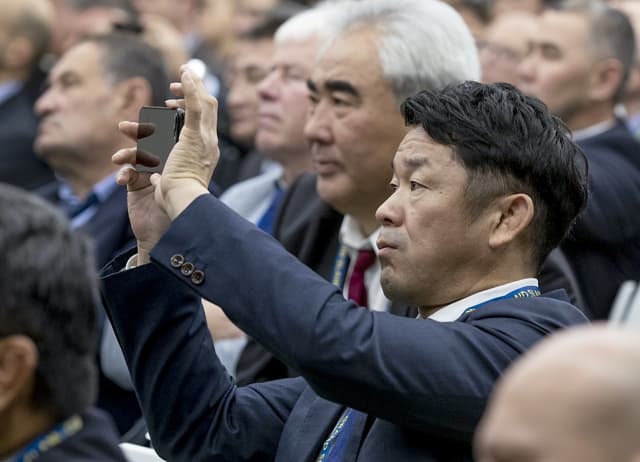 After the 2019 edition of the World Championships in Tokyo, the Osaka Grand Slam represents the last stop in the sport’s homeland for international judo before the Olympic Games. Even if the Japanese capital is 250km away, there will be a special atmosphere during the weekend and all the athletes will continue to pursue their dream to become Olympic champions in less than a year. This event is also the last Grand Slam of the season, as the very last event will be the World Judo Masters, held in Qingdao, China from December 12-14.